News out of AACTA today reveals the lineup of the 38 feature films in competition for the Australian Oscars. It’s a pretty interesting and diverse line-up of films on offer – all of which raise a bunch of questions about what films are eligible for the top prize.

First of all, it’s interesting that the image that AACTA have chosen to promote this news – the exact one that heads this article – with two genuine Australian films (Breath and Cargo), and three questionably Australian films (Peter Rabbit, Boy Erased, Winchester). It says a lot about what kind of vibe the AACTA’s want to represent with this years line-up – big names (Simon Baker, Helen Mirren, Joel Edgerton, Martin Freeman) with recognisable faces, and a rabbit. Sure, it’s just a picture, but what of Sweet Country? One of the best reviewed Australian films of the year?

That’s a small quibble for what is an interesting line-up of films. Now, as with every AACTA Awards line-up, there’s a truck load of Aussie films that appear to have come out of the blue – Dad, Indigo Lake, The Pretend One – that will definitely be added to a list of films to seek out via AACTA TV. If you haven’t jumped onto an AACTA subscription, you really should – for a mere $70, you get access to the majority of the films in competition during the run of the AACTA nominations. Frustratingly, sometimes this is the only place you can see some of these films, as they struggle to get a theatrical release (outside of the two week qualifying run in Sydney and Melbourne independent cinemas).

Look, I’ll have more to say about this line-up further along, and I’ll definitely be digging into these films when they’re up on AACTA TV, with predictions of what will get nominated (and win) eventually. Having a cursory glance, there’s a few obvious entries that will feature high on the nominations scale – Sweet Country, Boy Erased, Ladies in Black, Breath, West of Sunshine all feel like eventual ‘Best Picture’ nominees. And a few that are simply happy to be on the same list as everybody else – IGA will be pleased that The BBQ is mentioned in the same sentence as Sweet Country.

It’s obvious that we here at The Curb love Australian cinema, however, with a fairly heavy dose of cynicism, there has been a distinct change in the types of films rewarded with the major prizes at the AACTA awards since they changed over from the AFI award label. Films like The Great Gatsby and Hacksaw Ridge would have struggled to win under the previous label, but here we are, two distinctly American films walking away with major Australian film prizes.

Ok, enough grumbling from me. Here’s the deets from AACTA themselves:

Anticipation for the 8th AACTA Awards presented by Foxtel is growing, with the Australian Academy of Cinema and Television Arts (AACTA) announcing a record-breaking 38 feature films in competition for Australia’s highest screen accolades.

AACTA also today announced the programs for AACTA Film Fest in Sydney, Melbourne and Brisbane. The Film Fest program is an all-inclusive look at Australian film, providing the opportunity to view the outstanding Australian films from the past 12 months – some of which you can’t see anywhere else – competing for this year’s AACTA Awards.

AACTA Film Fest is exclusive and complimentary to AFI | AACTA members, with guests permitted to attend selected events. Membership is open to everyone and starts from just $70! Click here to join today. The full Program is available here.

In addition to Film Fest screenings, 36 of the feature films in competition will be available to view online via AACTA TV from 3 September – available to AFI and AACTA members anytime, anywhere and on any device.

This year, AACTA will be shining a spotlight on Australian film by transforming the AACTA website into a conversation hub, encouraging and supporting broad online discussion around the 38 competing films. Guest writers from the Australian screen industry will share articles exploring the feature films in competition, the performers and practitioners behind them as well as sharing their favourite films of the AACTA Film Fest. New articles will be posted on the AACTA website each week here.

Testament to the energy, creativity and resourcefulness of Australia’s low-budget and emerging filmmakers, this year sees 18 diverse films competing for the inaugural AACTA Award for Best Indie Film (which honours the finest Australian films with a budget under $2 million): BIRTHDAY ADJUSTMENT DISORDER, BROTHERS’ NEST, DAD, THE FIVE PROVOCATIONS, THE GATEWAY, INDIGO LAKE, INNOCENT KILLER, JIRGA, JUST BETWEEN US, LOST GULLY ROAD, ME AND MY LEFT BRAIN, THE PRETEND ONE, PULSE, THE SECOND, STRANGE COLOURS, SURVIVE OR DIE, WATCH THE SUNSETand WEST OF SUNSHINE.

The independent filmmakers behind these films are making waves and garnering attention both at home and abroad through their innovative use of low-budgets and unique voices. The ever-changing film industry landscape has also seen filmmakers embracing new pathways to audiences, with 50% of competing films opting for non-traditional releases.

– Nine films have female directors (22.5% versus Screen Australia’s reported industry average of 15%).
– 29 films were made by writer-directors (a 34% increase from the 2017 Festival of Australian Film).
– 35% of all award candidates are female (a 6% increase from the 7th AACTA Awards).
– Over half the competing films feature prominent female leads or female-centric storylines.
– Females make up over half the award candidates in seven films.
– 60% of competing films have screened at an AACTA-qualifying Australian film festival in the past twelve months.

“In another record-breaking year for feature film entries, AACTA Film Fest is an unparalleled opportunity to view, support and discuss Australian film,” said AFI | AACTA CEO Damian Trewhella. “These 38 films showcase a dynamic mix of genres and themes; feature a variety of unique stories that audiences often can’t find on traditional screens; highlight our increasingly diverse industry and filmmakers; and shines a spotlight on the incredible work many emerging Australian filmmakers are doing in the low-budget independent sector. I encourage people to embrace this opportunity to see these films in cinema or on AACTA TV and join us in the largest conversation of Australian film.”

The AACTA Awards are supported by the New South Wales Government via its tourism and major events agency, Destination NSW.

Read the full details on the AACTA website here. 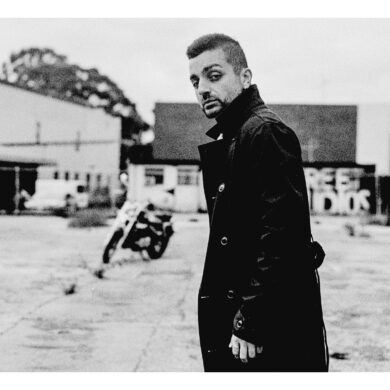