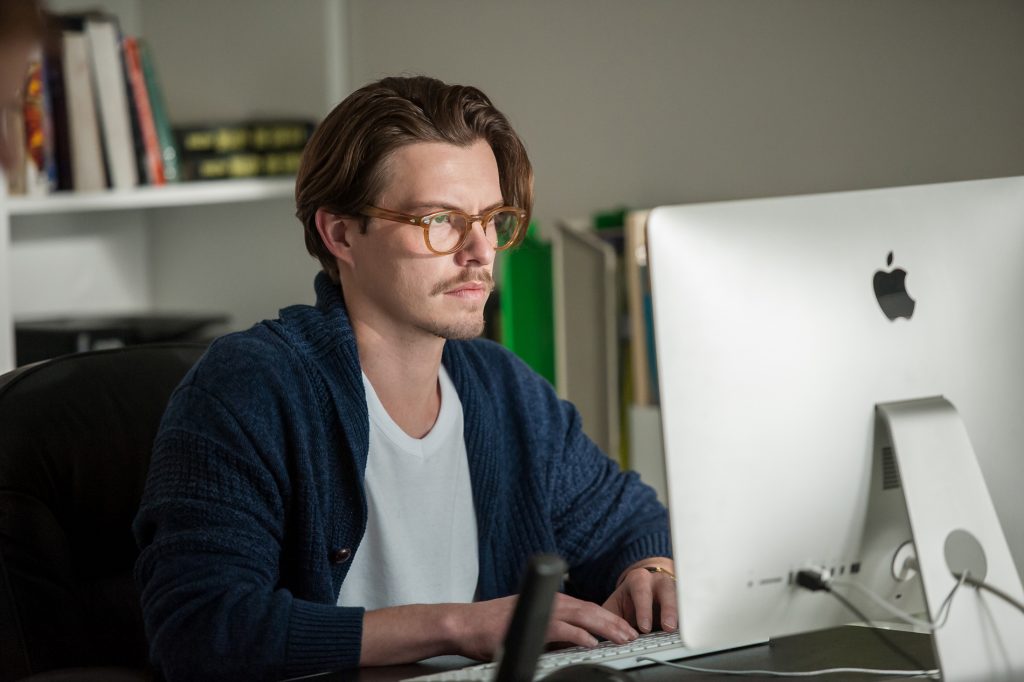 Stop me if you’ve heard this one before. A crime writer (Xavier Samuel) is stalked by an unknown figure. He has a dark secret that he’s keeping from his fiancé, one that if it were let out his world would be shaken to its core. His previous book, Die Softly, is based on the murder of his wife. There’s a possibility that a long lost sibling may be involved. If it all sounds wannabe Stephen King, then that’s too high praise for Bad Blood.

Written and directed by David Pulbrook (Last Dance), and based on a story by Patrick Edgeworth, one can’t help ask the question – why? What point is there to tell this story? The core concept of a writer who is challenged by his work, and is in turn, threatened by a possible fan, is one that has been dragged through cinematic mud at a tiring frequency. Every tenth Stephen King story tells the story of a writer troubled by something, and Bad Blood feels like the worst elements of every one of those stories thrown into a blender, with the remaining good parts sifted out, leaving chunks of clunky dialogue and wet wads of what appear to be ‘characters’.

Xavier Samuel has regularly felt like he’s an actor on the cusp of doing something great. Where he was effective in The Loved Ones, he was outshone by Robin McLeavy. Where he could have had his own comedy hit with A Few Good Men, he instead was unfortunately in a tired, unwelcome outdated laugh-free event. It seems only Whit Stillman has been able to help Samuel deliver a performance of worth in Love & Friendship. Here, Samuel regularly looks tired and exhausted, reading his lines like a high school student relegated to doing drama just to make up the credits. Is there more to Xavier Samuel than this? I hope so.

Morgan Griffin plays Carrie, fiancé to Xavier Samuel’s Vincent, and fortunately for Griffin she manages to walk away from this with some kind of integrity. Granted, she is given little of consequence to do. Other supporting actors will do well to leave this effort off their show reel.

This is a somnambulistic, turgid event of a film where pivotal plot points occur with as much energy as a tired, pointless analogy. Yes, this is a film that lacks a budget, but as many other Australian films have shown, a lack of a budget does not have to restrict the artistic desires of the director. Made with the support of the South Australian Film Corporation, Bad Blood should be better than it is. As an advertisement for the South Australian film industry, this is a poor one.

Thrillers should thrill, or at least give the impression that they have the idea of ‘thrilling’ an audience on their mind. Here, the thrills are non-existent, and the plot twists so obviously sign posted in advance that when they do arrive you can’t help but say ‘duh’. Even though Bad Blood draws from a deep pool of Stephen King lore, it lacks an ounce of the personality within those texts. For a film to meet a basic level of quality, it needs to hit a few points – characters that feel like they have a heartbeat, a story that feels like it has a purpose, and direction that feels like it has something to say. When a film fails to hit any of these marks, you can’t help but wish they’d not tried at all.