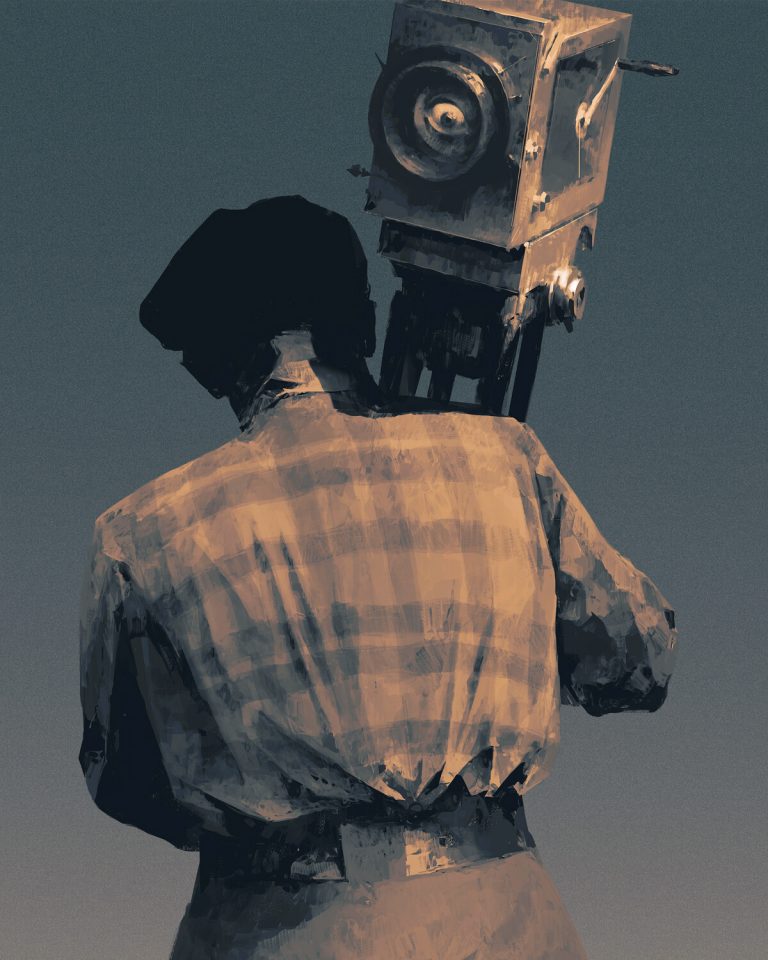 Gosh, I can’t believe it’s been five years since I kicked off doing my Best Film Posters of the year list. There’s been some exceptional art created over the years, and 2019 delivered some truly brilliant pieces of work. As I’ve collated these lists, I’ve noticed some of the same artists popping up here and there, and it’s been a great joy to watch their art and talent evolve and grow. Artists like Jessica Seamens (who topped the 2017 and 2018 lists with her Pinocchio and Frankenstein prints), Tula Lotay, Greg Ruth, and Tomer Hanuka, have all established themselves as truly great talents, all managing to bring the essence of the films they’re honouring to life. On this list, established people like Matt Ferguson and Timothy Pittides reminded me why they’ve been such popular and enduring artists.

As with each previous list, there’s a few honourable mentions to dig into before we jump into the top ten.


Artist Max Löffler said it best when he said that the challenge of creating a print for the iconic film that blended the genius minds of Salvador Dali and Luis Buñuel was ‘an intimidating task’. But, he managed to honour the film perfectly, skewing the imagery of Dali and embracing the essence of Buñuel’s influential film.

The Wind by Candice Tripp


Candice Tripp managed to distil the eeriness of Emma Tammi’s feminist western into this ethereal piece. Haunting and considered, this does what every good poster should do – entice you to watch the film it’s presenting.


For a film with one of the most iconic posters out there, it’s hard to come up with something new and different for Alfred Hitchcock’s Vertigo, but somehow Matthew Woodson found a way of finding dizziness and verticality in this quiet and considered moment in the film. Very close to pushing its way into the top ten, this was only budged out due to a flip of a coin.

The Nightingale and The Babadook by Greg Ruth


Greg Ruth’s ability to conjure the themes of Jennifer Kent’s films has been expertly shown with his The Babadook and The Nightingale prints. With both prints, Ruth manages to convey the fear and anxiety and the looming threats that face both lead characters. One is dwarfed by the shadow of a figure they cannot escape, the other is consumed by a wilderness that feigns to provide refuge for her and her family. Both are effectively unsettling pieces.


The original list that I worked from had over thirty entries, and it was a challenge to cut it down to the top ten that I’ve got, but here goes…