Donate at the link here.

Indie filmmakers, Ronnie S. Riskalla and Yolandi Franken are fed up with the lack of support from the Government Funding Bodies and is no longer waiting around.

After years of trying to collaborate with Australian Film Funding Bodies these filmmakers gave up on trying, but when new incentives and a focus on gender and cultural diversity moved to the forefront, they had new hope.

But as if nothing changed over recent times, their project did not receive government funding despite high praise from these institutions.

Streets of Colour has a team led by a female Producer and large female team and with a culturally diverse cast and crew spanning far over twenty-five different nationalities. Not to mention that the film is all about multiculturalism and advocating against racism and self-identity.  In fact, the Writer and Director, Ronnie S. Riskalla wrote the story from his personal experiences growing up in Western Sydney as a young Middle Eastern man. Although this is not a true story or a biography, it is rooted in reality of what he and his peers experienced while growing up.

At first the filmmakers were baffled, disappointed and to be frank, bitter. But after deep discussions among themselves, came to the realisation that there might be more to it than meets the eye.

The film has a lot going for it, more than just the diversity factor. Attached to the team is award winning DOP, Zacharee Peel-McGregor who has been personally awarded by director David Lynch.  Also starring in the lead role is actor Rahel Romahn who has been nominated for an AACTA and a Logie Award. The team also spent the past 3.5 years developing the script and story making sure that it was compelling, interesting, dramatic an entertaining.  Majority of the crew members have worked on big blockbuster films by big studios and the producers collaboratively produced three previous feature films.

So what could be the problem?

It was not till they started looking at the situation from a different angle and putting themselves in the shoes of the decision makes that that they realised some important factors.

Producer, Yolandi Franken said that they started to ponder on why filmmakers are so dependent on government handouts to make their films?  Where does this feeling of entitlement come from in the filmmaking community.  Yes, this is a cut-throat industry and there are a lot of politics and unfairness around, but isn’t that the same in most other industries? Not all industries have dedicated funding bodies and not all successful businesses and entrepreneurial successes relied on Government support.  Aren’t they there to help support us where they can instead of being the only source of hope for every project? They themselves have limitations and possibly a lot of struggles themselves that we are not aware of.

Filmmakers complain that the same people keep getting the funding and those are the people who are by now less reliant on the support from the authorities. This is all true, but if you look at it from their perspective, perhaps they have their own risk management strategies in place to ensure the longevity of the organisation, and to make sure they stay afloat. Although it seems unfair, isn’t following a proven path the safest option for them? Perhaps if filmmakers can just persist and take the first few steps, then they can prove to these bodies that they are worthy of being trusted with tax-payers money. And if that day never comes, then so be it.

Up to now the team have been funding and supporting their own projects – like so many other filmmakers, proving that this is not impossible and that with hard work, a good story and a dedicated team, there should be no reason to step back.

Yes, Government support will help filmmakers to create their films in a more comfortable manner and possibly deliver a better-quality project. It will be great not to depend on favours and to pay cast and crew the full wages that they deserve, and it will be great to have the extra funds to put toward the overall production value, and in turn increase the number of good Australian Films. But if you don’t get that support, so what? Take care of it yourself, use your smarts and use your skill, build collaborative partnerships and fight for what you are passionate about.

“After being rejected for funding many times over the years we decided that enough is enough and that we will no longer stand by the wayside waiting for our turn to get our piece of the pie. With a few tweaks to the budget, a lot of re-negotiations, and digging even deeper into our own pockets we got enough funds together to shoot majority of the film:” Director, Ronnie S. Riskalla.

Teaming up with Dr. Raj Patankar from RishiRaj Film, Drew Pearson and Nenif David from SkyCross Entertainment, they were able to get rolling. With eighty percent of the film shot, the team is now focused on raising the remainder of the funds to complete the filming, post-production and marketing.

Although they are confident that their plans to reach out to private investors and their newly launched Indiegogo fundraising page will be successful, they will leave no stones unturned and will apply for Distribution funding when that time comes.

“We cannot be prouder of what we have created to date, we were able to achieve the impossible. We somewhat feel relieved that we have done this as independents and without being answerable to anyone but ourselves”, says Producer, Yolandi Franken.

Riskalla expands on his disappointment in not only the situation, but in society as whole. He explains that he truly believes there is a lack of acknowledgment that racism is still very prevalent in today’s society, especially in the suburbs of Western Sydney. He points out that we tend to categorize racism as being black or white, but that it is much more complicated than that. That is what he wants to highlight in Streets of Colour. The film is a case study in cross-cultural racism coupled with the complexities of culture, spirituality and self-identity.

To find out more about Streets of Colour, or to collaborate or support these filmmakers, please contact them through their website: www.streetsofcolourfilm.com

Or to support the filmmakers check out their crowdfunding page: https://www.indiegogo.com/projects/streets-of-colour-film 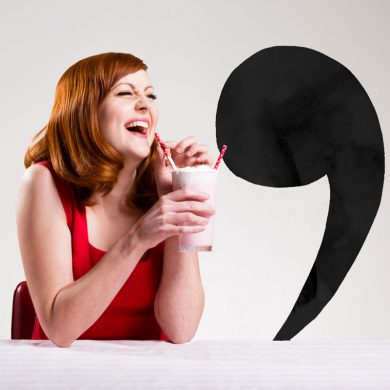