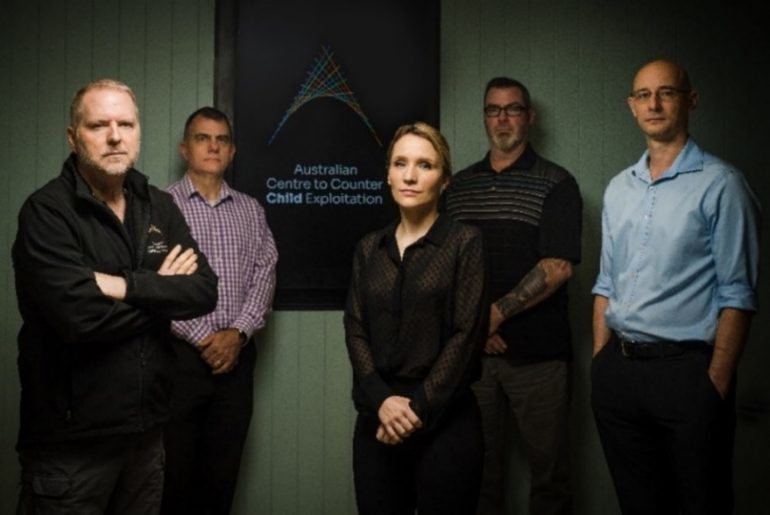 Coinciding with National Child Protection Week (5-11 Sept), the filmmakers behind the explosive new feature documentary THE CHILDREN IN THE PICTURES have today announced a national program of theatrical and virtual screenings and events throughout September and October to start a national dialogue about online child sexual abuse, now the world’s fastest growing major crime.

The Children In The Pictures takes audiences inside the Queensland Police Service’s Argos, a renowned Australian-based police investigative team that go undercover to rescue children from online sexual abuse, shining a light on the dark reality of some of the greatest crime stories never told. From infiltrating global criminal networks to hunting down the world’s worst abusers, this expert team of investigators has one of the toughest, but most rewarding jobs in the world.

Brisbane, the home of Argos, will host a premiere screening at Dendy Coorparoo on Sunday 19 September, with host Kay McGrath; director Akhim Dev; and guest speakers Detective Inspector Jon Rouse, and Commander Hilda Sirec from the Australian Federal Police-led Australian Centre to Counter Child Exploitation (ACCCE); and Paul Griffiths, Head of Victim Identification Unit at Argos taking part in a Q&A after the film. A virtual premiere event will also be streamed for audiences in NSW and VIC. Tickets available here.

From directors Akhim Dev and Simon Nasht and producer Tony Wright, The Children In The Pictures also investigates how Big Tech platforms such as Facebook and Googlehave allowed themselves to become havens for abusers, prioritising privacy over child safety. And, in a frightening new trend, more and more child sexual abuse material is being produced by children themselves, often after being groomed, manipulated or extorted by perpetrators online.

With online child sexual abuse now the fastest growing major crime in the world, reports to tiplines and police have escalated by an average of 50% per year. In 2021, the ACCCE received more than 22,000 reports of online child sexual abuse in Australia and over 65 million images and videos were reported to the US-based National Center for Missing and Exploited Children (NCMEC). Dev was shocked when he learnt eight years ago about the existence of massive online criminal networks devoted to the sexual abuse of children – many with members in the millions.

Says Dev, “The internet has allowed entire communities of abusers to form and coordinate their assaults. The threat to children isn’t some boogeyman lurking in the park, it’s the new ‘friend’ they met online. The techniques may have changed but the result is still the same: lifelong journeys of healing for the innocent. For those children in the pictures and the extraordinary police officers trying to rescue them, I knew this story had to be told.”

Nasht adds, “When Dev walked into my office and told me about these online child sexual abuse networks, I didn’t really believe him. The sheer scale and complexity was staggering, and the brutality of the content was shocking. In all my years as a filmmaker and a storyteller, this was the biggest story I had never heard of.

“Despite its grim subject, The Children In The Pictures is ultimately an uplifting and powerful story. Every day, these extraordinary heroes observe the very worst in human nature, and in doing so, represent the very best of humanity. They are selflessly fighting to save our most vulnerable citizens: our children.”

In the last financial year, Argos helped identify 201 children in circumstances of sexual harm around the world. That work led to the arrest of 49 child sex offenders on 402 criminal charges, and the referral of 690 cases to global law enforcement agencies.

The Children In The Pictures will continue to screen both physically and virtually around the country in September and October, before it makes its national TV debut on 24 October on SBS, as part of the broadcaster’s Australia Uncovered documentary series.

To find a local screening near you, host your own cinema or virtual screening, seek help or find out how you can get involved, visit: https://childreninthepictures.org/.