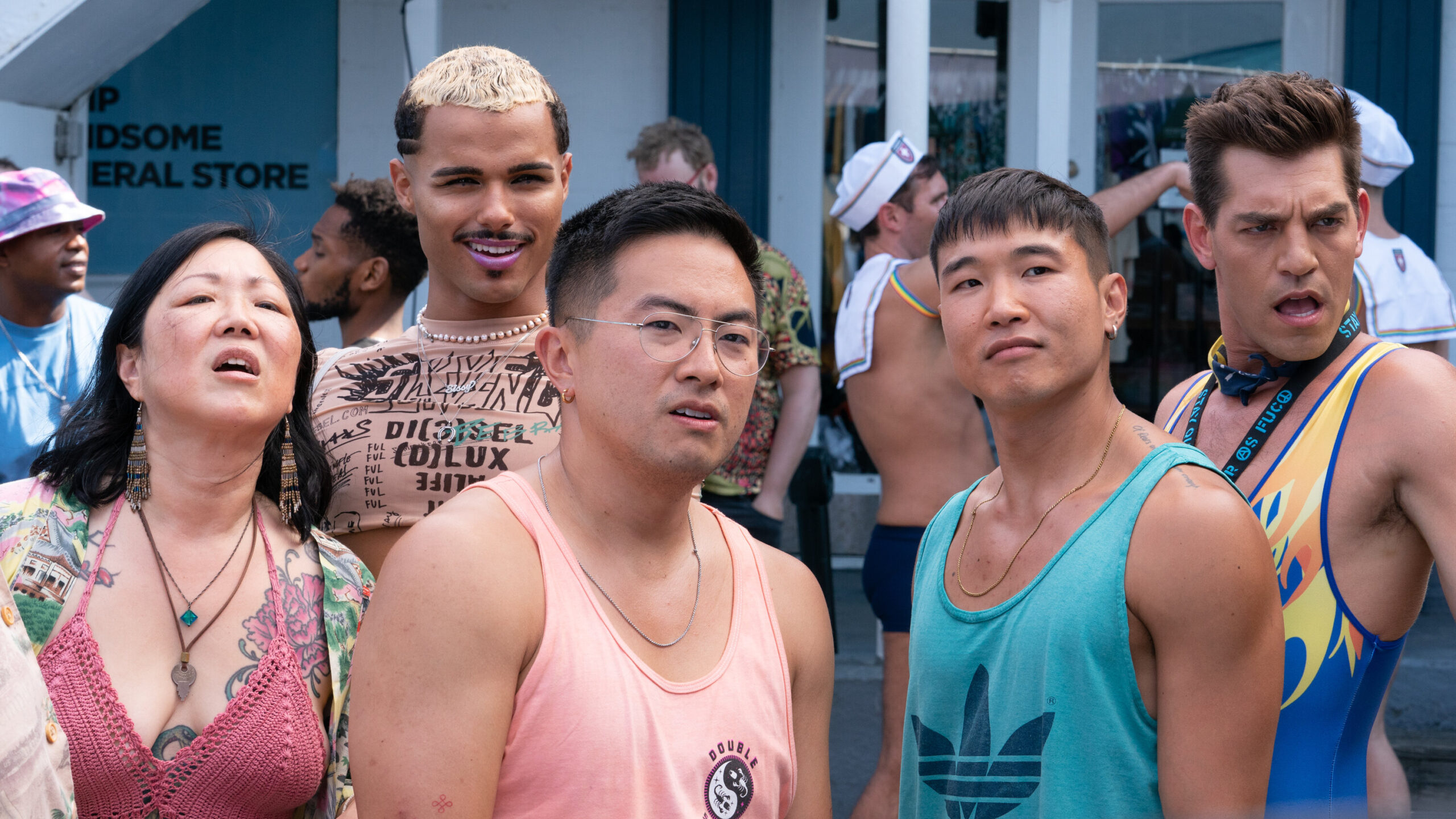 From All That Breathes to Millie Lies Low, These Are Five of the Best at the 2022 Sydney Film Festival

The 69th Sydney Film Festival is back to its rightful June climate of cold sunlight and freezing temperatures, back to the unbelievably ornate State Theatre and the various venues on either side of the bridge and further out west. No online screenings this year for us recluses. But the festival does go on the road after its initial run, travelling through New South Wales in late June and July, and onwards.

The Screenability program strand showcases features and shorts from filmmakers with disabilities, reaffirming the festival’s commitment to inclusion with vetting festival venues and providing accessibility aids. The Sustainable Future Award returns to award a cash prize to a narrative or documentary addressing the urgency of climate change. Also returning is the Deutsche Bank Fellowship for First Nations Film Creatives to support the career of an Australian First Nations filmmaker.

Out of that dizzying program, here are five films to check out at the festival and beyond.

The Sydney Film Festival runs from 8 June to 19 June in cinemas.

By the end of the first scene, it’s quite clear why this observational Indian documentary about black kites and their rescuers in New Delhi scored the Grand Jury Prize in World Cinema Documentary at Sundance and then the Golden Eye at Cannes. The cinematography is exquisite, taking its time and filling the screen with texture and soft light. Faith and science co-exist here in a particularly desi amalgamation, juxtaposed with the many upsets of India in renewed religious crisis. There are a lot of big ideas and big troubling concepts to grapple with in this film, and Shaunak Sen’s direction of the narrative is unapologetically philosophical, taking its cue from the musings of its human subjects: Nadeem Shehzad, Mohammad Saud, and Salik Rehman. Against a backdrop of political unrest, hazardous pollution, and then the pandemic, the small efforts and small victories of these three people play out in extraordinary calm and attention to the small precious moments. I can’t wait to see what Shaunak Sen creates next.

Five minutes in, I knew I loved this film. Here was the perfect Austen adaptation I never knew I wanted: Pride And Prejudice but super queer. Andrew Ahn directs, star Joel Kim Booster wrote the screenplay. And yes, it is a delight to track all the similarities and departures from the source text: the flipping of iconic lines, the reconfiguration of this character and that, the modernisation of that plot twist, you know which one. This excellent Vulture review points out how Joel Kim Booster’s protagonist Noah is not only the Lizzy but also the Jane of this adaptation, and this marvellous profile points out that Bowen Yang’s Howie is not so much Jane as Harriet Smith from Emma. (Yes, I have been devouring all the Vulture coverage.)

All litnerdery aside, Fire Island is a fascinating exploration of social dynamics in the iconic gay utopia: the economic divides and cliques, the myths and expectations around sex and love. As you would expect from the location, there’s a lot of flesh on display, and a lot of honesty about sexual escapades and sexual health to make the film feel both celebratory and authentic enough. Bonus: not one but two Perfume Genius songs.

I adored the characterisation. Joel Kim Booster as Lizzy-Noah had me from the word go, and his performance only got deeper and more recognisable. He’s clever and hot and totally clued-in, and of course he’s a mass of convictions and prejudices to be shaken up by fate, shaken up by old friends coming into their own, and by new hot guys — you know who — challenging him. Bowen Yang plays Jane/Harriet-Howie with lovely naturalism, his romantic longing and crippling sense of inadequacy offset with enough acidic self-awareness to make him very beloved very quickly. In case you were wondering: yes, it is freaking awesome to see Asian people as the leads in an Austen story. I am not yet over how awesome it is.

And look, Darcy isn’t even my fave literary romantic hero — I’m Team Rochester all the way — but all it took was for Conrad Ricamora to open his Darcy-Will mouth and I was besotted. He plays the terrified shyness of Darcy so perfectly, and it’s pretty delightful to watch him get all mesmerised by Lizzy-Noah, and then proceed to make a dork of himself. He also listens beautifully to Noah, and that makes their falling in love so real and wonderful to see.

The cast is rounded out by the inimitable Margaret Cho in the Mrs Bennet role — listen for her reaction to the line “I’m a doctor” — and the incredibly hawt Zane Phillips in the Wickham role. I would have liked Torian Miller as Mary-Max to have more screentime, but I very much liked how Mary’s insufferable religiosity was elided to make Max a bookish nerd and just as capable of getting some as the rest. Matt Rogers’ Luke is as exasperating as Lydia should be, and Tomás Matos damned near steals every scene in their performance as Kitty-Keegan, rocking some absolutely excruciating high heels and ensembles that made my spine hurt in horrified sympathy.

One noteworthy aspect is the rejection of marriage and automatic happy-ever-afters. As much as I love romcoms, that retort to heteronormative expectation feels important in a gay romcom. It’s quite obvious that one couple is headed for marriage and that’s fine, but it’s not a given the other will. I like that very much. A good time is had by all.

There’s a touching vulnerability about Ana Scotney’s breakout performance as Millie, a young graduate who finds herself in a panic attack just as her plane to New York is about to take off. She hurtles from the plane but is too mortified to admit her freak-out to friends and family, hiding out where she can in windy Wellington and doing what she needs to stave off the inevitable.

This absurdist Kiwi comedy co-written and directed by Michelle Savill is such an impressive feature debut: always engaging, dealing in more than a little cringe, and at times quite heartbreaking. It’s an aching exploration of youthful disappointment and the insidious nature of imposter syndrome. International treasure Rachel House has a small but crucial role, giving her more opportunity to play warm understated dramatic moments like she does so well. I particularly enjoyed how the score keeps mostly unobtrusive but absolutely bangs when it comes to the fore, whether it’s tense thrumming or droney and electro or jaunty and hopeful in the final moments. Look for cameos by a few beloved Kiwi faces. I may have screamed happily at one.

Honestly, this National Geographic documentary is unrelentingly bleak for a good long while. The land is that of the Uru-eu-wau-wau, a Brazilian Indigenous people whose Amazon community is continually threatened by farmers and settlers empowered by the right-wing anti-conservationist Bolsonaro government. The young people and elders do their own patrols of the land, and are aided by an environmental activist, but their struggle seems hopeless in the face of open hostility, creepy religious justification, and devastating human viciousness.

American director Alex Pritz does a remarkable job in his feature debut of presenting so many sides to the conflict, filming settlers destroying forest, farmers forming and addressing associations, and scare tactics deployed against activists. Possibly that even-handed approach is why this won both the World Cinema Special Jury Award for Documentary Craft and the World Cinema Audience Award at Sundance this year.

Ultimately, however, the narrative turns in the last quarter to the activism of film. If you notice the opening credits, the co-cinematographer is Tangãi Uru-eu-wau-wau, and picking up a camera is how the Uru-eu-wau-wau people empower themselves. Their young leader Bitaté understands with the intuition of his generation that their best weapon in this fight is the camera, the documentation of environmental destruction and their own dealings with encroachers, that it’s up to their own cameras to record their own language and preserve their own culture.

This is when the film gathers momentum and the score jolts ahead with purpose. It’s thrilling to witness such self-empowerment in action, and Pritz’s editing does a great job of showing the effects of increased social awareness, however cleverly that might compress time into a montage. Of course it’s a white filmmaker and another famous producer with the distribution of an international organisation that brings this doco to our festival, but I’m cheered by the fact that one of the production companies is the Uru-eu-wau-wau cooperative itself.

Writer-director Craig Boreham returns to Aussie screens with a beautifully filmed queer coming of age story that juxtaposes dreamy rural grassland with the neon and brick and skin of inner-city Sydney. Josh Lavery plays Casey, a mostly silent reserved young man who leaves his country hometown for the city where maybe he can fuck and find someone to love. He finds Tib (played by Daniel Gabriel) who is his opposite in a lot of ways — outgoing, savvy, not white — but has their own reservations about love and relationships. This is a film very much about connections: family connections in tatters, longing for new connections that are tentatively formed, misunderstood, and ruptured.

All the dark emotions of this film are cloaked in an almost magical dreaminess of glowy colours and a trickling wistful score, slippages of intense saturated colours in sunlight and paddock. Such beauty made me almost forgive the wavering handheld camerawork, one of my rabid pet peeves. There’s rampant fucking, most of it joyous, some of it self-destructive, and a wonderful variety of body types on display.

The film does go a little overlong and the third act is particularly brutal but I appreciated the plot device of having Casey experience more than one kind of gay lifestyle. Hilariously, Andrew and I had entirely opposite reactions to the ending: he thought it was a doomed cycle of heartbreak; I thought it was hopeful and tender, of new beginnings.

The Sydney Film Festival runs from 8 June to 19 June in cinemas.