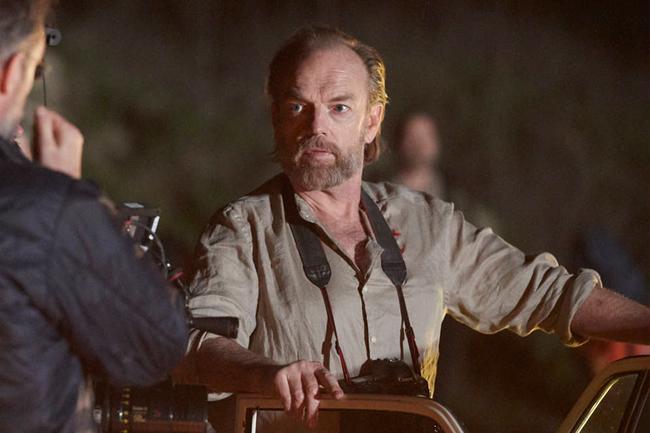 Hugo Weaving Speaks From the Heart on Hearts and Bones

In Hearts and Bones, acclaimed Australian actor Hugo Weaving plays Dan Fisher, a veteran war correspondent and photographer whose life is irrevocably changed when he meets a Sudanese refugee, Sebastian Ahmed (Andrew Luri), with whom he shares a veiled but powerful connection. The first fiction feature from documentarian Ben Lawrence (Ghosthunter), Hearts and Bones is an astute and humane meditation on trauma and redemption. We were lucky enough to get some time to speak with Weaving, who shares rare insight into the role, the film, and his own artistic motivations.

How did you come across Hearts and Bones as a project and what was it that initially attracted you to it?

I got sent a script by Ben Lawrence through my agent. I’d also seen his film Ghost Hunter at the Sydney Film Festival in the same week and that went on to win the documentary prize at the SFF, and I had met him some years before, very briefly. So, I knew who he was, and I was really interested in his work. So, I read the script and we met up literally two days later – we had a great conversation and I was in. I was attracted to the project through the man himself, through the script and through his filmmaking ability. I was very aware of his intuitive approach, his documentary approach; he’s got a great intelligence, he’s calm, he’s a writer, he’s an artist, he has a background growing up as a very celebrated Australian filmmaker’s son, from a very artistic family. [Ben’s father is Ray Lawrence, director of Bliss, Lantana, and more]

All of those things, coupled with the fact that he had written this great complex, sensitive portrait of four people, two couples, dealing with trauma and contemporary Sydney. I was very excited straight away.

Tell me about your character, Dan Fisher. Was there anything particularly unique or unusual about him that you went, yeah, I can play this guy?  What did you see in that particular role that really got its hooks in?

Often characters who I get interested in and go oh yeah, this character’s great, it’s not the same as me saying, I can play this guy. There are some characters where I go oh my god, this guy’s fantastic. And then I’m offered the role and I go, oh my god, how am I going to play this guy?

Sometimes the challenge of playing the role is something that you have to deal with once you’ve been attracted to the character. It’s not necessarily someone that’s like you, so you have to really bend yourself, or shift your brain or through osmosis feel like you’re a completely different being to play some characters.

However, Daniel is probably in many ways my contemporary: he’s my age, he lives in Sydney, and there’s an artistry about him, I suppose. So, I thought in many ways his psyche and his being didn’t need to be too far removed from me, but some of his experience obviously was very different to mine. I’ve travelled a lot, but I haven’t been a photojournalist. I’m a great lover of the photographic image and have been for many, many, many years.

I think the power of the photographic image is really, really extraordinary. I’ve always been drawn to photos. It’s another language starts to play out when you’re looking at a great work of art and many photographs are great works of art. It’s a language without words – it illuminates so much.


Tell me about working with Andrew Lurie. This was his first film and he comes from Sudan, so what was he like to work with as an actor and was he also an information resource for the themes and the specific situations that the film is talking about?

Sebastian Ahmed, the character, is someone who’s a South Sudanese refugee. Andrew also is a South Sudanese refugee. He originally fled South Sudan as a child with his family, and then went back. Then as an older man with a family himself, he had to flee the civil war within South Sudan. So he’s a two time refugee and his stories of trauma and life back home and life in Melbourne as an Australian from Sudan with his family, all of those things that are in the character of Sebastian, are very much in Andrew, so he absolutely was a wealth of information.

And also emotional information – not necessarily stuff that you have to talk about, although we did, but just his presence, his physical being, his life experience. You read it in his face. It was a real pleasure to meet him and to work with him. He taught me a great deal not just about his life and his experience, but about…  oh, you know, every actor I work with will teach me something about how they approach it. He was relying on me to help him, but I was also very aware that his particular uninflected performance was going to be critical for me to match, right? Otherwise, we would have appeared to be in different films.

We all as actors and Ben as director had to find a space that we could all exist in and it had to appear like we were in the same world. That’s true with every film you do. You might get a whole lot of actors in a film or a play, and it’s finding the world that you all agree on, the world you’re in – making sure the way in which you’re telling the story, you’re all telling it in the same key. You can’t be playing different keys – the performances need to be all of a kind. And so, there are many, many different ways of performing on film. There are so many different films and there are different requirements of performance. Some are much more naturalistic. some are much more extreme with performance, but as long as it’s cohesive and as long as you’re all in that same world together, that’s the style of the piece. And on this one it just happened that the camera was a fly on the wall, more than many other films you might be in. So yeah, working with Andrew was an absolute pleasure and a treat, and he’s a really fascinating man.

Yeah, absolutely. Ben’s experience making Ghost Hunter, which won the documentary prize at the Sydney Film Festival the year before we went into making this film, was an influence. He took seven years to make that because he took a subject he thought was a very interesting man – indeed he is; he’s a highly interesting man. In fact, he was much more interesting than Ben initially thought he was. But what was unearthed in the process was so fascinating that he’s made this great, great portrait of this guy. This a man suffering a great deal of buried trauma within him and he actually wasn’t even aware of the causes for some of it, not consciously aware of the reason why he was the way he was. It’s an incredible psychological unravelling and an exploration of someone. It was a delicate process, and that took so many years in which Ben literally was following and keeping in contact with this man.

And that approach, that eye on humanity, that understanding of truth and that ability to read the situation as a documentary filmmaker, it really informs Ben’s approach in this film as well. So yes, it was a constructed narrative, but it was based on a lot of experiences Ben had had and a lot of experiences that he read about. Like all great constructed narrative films it was shot through the lens of… not entirely through the lens of a documentary camera, but with that sort of aesthetic and that sort of understanding of humanity and the moral complexity that we all have to deal with every day; that things aren’t neatly tied up, there are not easy to answer questions, and so it’s that humanity that we all share and the ambiguities and complexities and contradictions in life that make films for me.

That’s the reason that I’m an actor – this is the thing I’m interested in. You know, I’m not interested in films that reference other films all the time because you know what’s coming in and it’s just repeating something, and it’s not complex enough. It’s not interesting enough. It’s not true enough, actually. The truth is much more complex always than is often revealed on film – certain films, mainstream films.

And so I think yes, Ben’s aesthetics and interests are absolutely what made this whole film happen. He wrote it, he directed it, and he was the person responsible for bringing us all together and guiding us through it. It was a real treat.

Hearts and Bones is available to watch online and on DVD now. 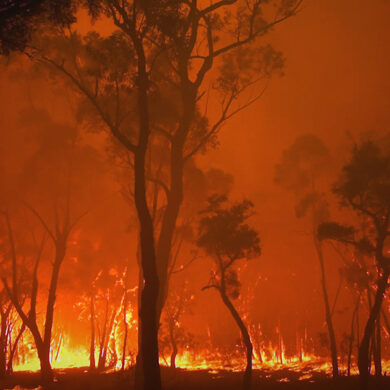