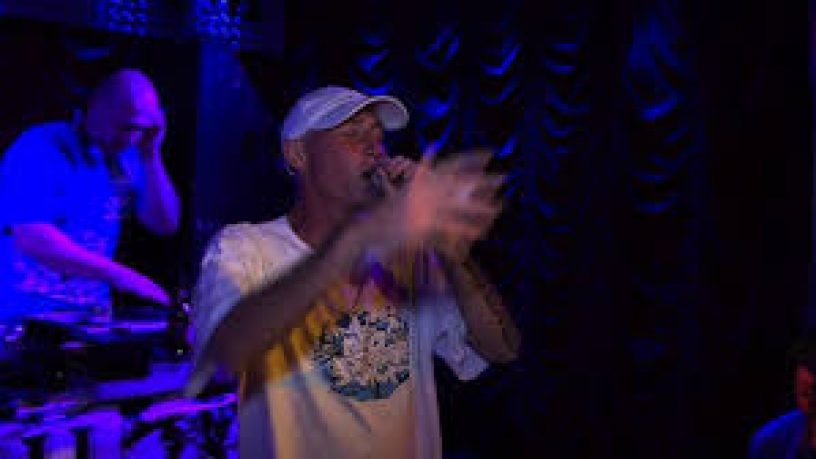 Hunter: For the Record Review – An Intimate and Energetic Ode to an Aussie Hip-hop Icon

The Aussie hip-hop scene wouldn’t be what it is without the presence of one man: Hunter.

Helping establish the Perth rap scene, Hunter was a part of the MC collective known as Syllabolix (SBX), a group that also featured Downsyde, Drapht, Rob Shaker, Mortar, and Clandestien. His songs like ‘Yokine (Drugs & Crime)’ and ‘Jam Roll’ hit a spot with those who lived the life that Rob Hunter lived – Centrelink driven, drug using, hip-hop writing.

The documentary Hunter: For the Record is a powerful reminder of Hunter’s impact on the Aussie music scene, digging into his life in an intimate manner that reveals the man behind the mic. Directed by Sam Bodhi Field, with plenty of footage from Hunter himself, we’re invited into Hunter’s life, made to feel welcome, and taken out for a night on the town with the hip-hop crew of Perth. The editing and visuals reflect the vibrant and energetic vibe that makes up the heartbeat of hip-hop.

Heaving crowds in the Hydey, raging rooms at the Rosemount, all teeming with folks eagerly rapping along to their idols. Hunter’s music is about the battlers of society, those trying to get by on fumes alone, and for many, the excellent poetry of what SBX spit out is like a pressure valve, letting folks let loose and release their frustrations on the world.

Hunter’s early tracks are larrikin beats, purely Aussie, 100% real. Early on, we’re treated to fans and fellow artists lapping up Hunter and Dazastah’s acerbic track I’m a Cunt. It’s the kind of beat full of lines that has crowds spitting them back at the bloke on stage. It’s eagerly entertaining, which is the core mentality of Hunter himself.

But there’s more to life than good vibes and good tunes, as we see when Hunter is tragically diagnosed with terminal neuroendocrine cancer. It’s here where Hunter: For the Record really takes off, with Hunter growing as both a person and as an artist. Instead of taking a backseat and focusing on beating the cancer, Hunter’s output and work increases, throwing himself entirely into making music and supporting other artists.

It’s always selfless, and always reflective. Hunter knows the mistakes he’s made in his life, and knows the impact it’s had on his son and his ex. The mild irony is though, the problems of his dad’s life aren’t enough for Hunter to learn from. He has to go through his own struggles, his own pains, to understand the things he needs to fix in his own life. Which is why hip-hop means so much to those who live and love it – it’s the soundtrack to their own struggles, it’s the background noise to their own pains and problems.

A late scene where Hunter joins a support group is particularly emotional, with a deep level of honesty and openness coming from the already honest and open bloke. There’s a real drive from Hunter to conquer this cancer, to not let it drag him down, which makes the moment where he films himself getting the news that the cancer is getting worse all the more devastating. It’s clear he’s holding back reality as much as he can, but for a moment, there’s a glimpse of recognition that this thing is going to overwhelm him.

As with all hip-hop/rap names, they’re reflective of the journey the artists go through in their life: Suffa, Urthboy, and of course, Hunter. He’s ever watching, ever observant, always looking for the point to make the strike and to deliver for his family. And as we see at the end, when a mammoth crowd comes out to support Hunter (and Mortar) at his last gig for their album Fear and Loathing. Even on his last legs, he’s delivering, he’s entertaining, and he’s driving the community that is Hunter completely.

Hunter: For the Record is an intimate dive into an underrepresented, and long derided aspect of the Aussie music scene. The lower class, battler vitality of hip-hop and rap is what makes it such a vital creative outlet. It’s a real treat to spend time with someone as authentic and genuine as Hunter, and almost a decade on from his passing, it’s impressive to see his impact still ringing true with artists like Drapht carrying on the SBX flag. 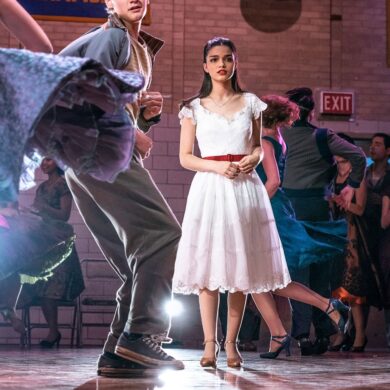