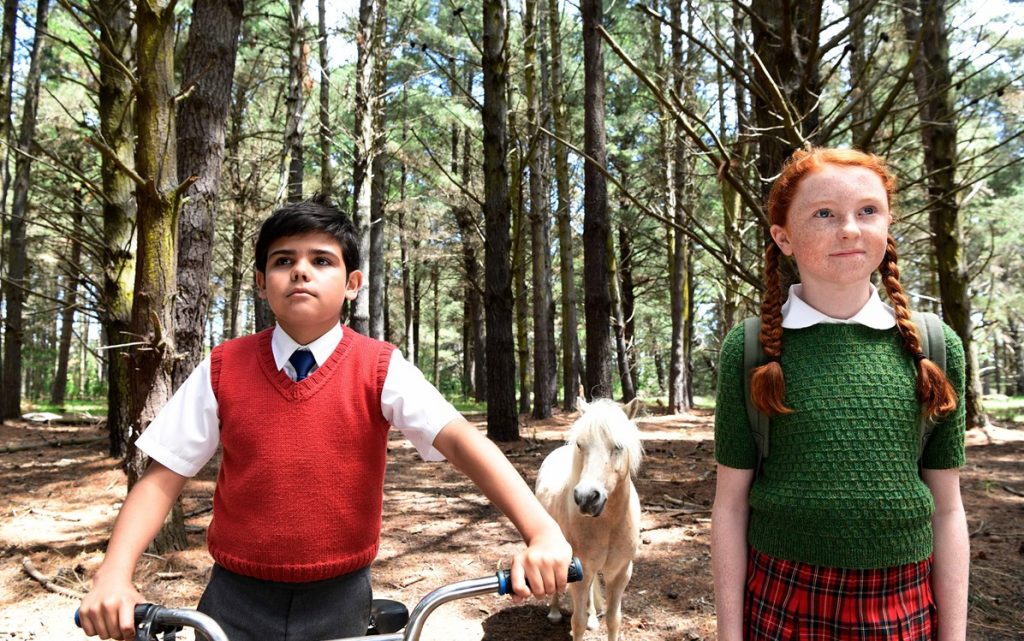 Interview with H is for Happiness Writer Lisa Hoppe

I’m a massive fan of the Aussie family film H is for Happiness, as shown in my review where I called it an instant classic. I got in contact with writer Lisa Hoppe to chat about what went into adapting the much loved book for the screen. Keep an eye out for interviews with actress Daisy Axon and director John Sheedy later in the week.

What drew you to adapting My Life as an Alphabet, and what excited you the most about working on the adaptation?

I came out of film school where I studied producing and I’d written a research paper on how these small, live-action films could work in Australia. I escaped into them growing up… and then loved watching them with my kids. The world they invite you into has a simplicity and innocence but the good ones have characters and relationships that are complex and while they are never about saving the world, the stakes are super high for the characters. This makes you want to go with them on their journey as they navigate human level issues.

So I started with the goal of wanting to produce this very particular kind of family feature. I read dozens of Australian novels for children and young adults to find the right property to adapt for the screen and Barry Jonsberg’s My Life As An Alphabet captured my heart and imagination. It resonated on so many levels for me. It was tonally very original and straddled humour and pathos in a way that I love. It gave me a sense of hope. But over and above how I felt about the book as a writer, was that it fitted the commercial criteria I had set out for myself as a producer.

When I spoke to Daisy Axon, she mentioned about how important the book was to her family growing up. How do you approach a much-loved text, and how do you decide what needs to be carried across to film?

It was definitely a goal to make the adaptation as faithful to the book as I could. Choosing what to leave in and what to leave out was, in the first instance, about story and trying to ensure that all the main characters’ individual stories were complete and that they wove together to make a cohesive overall story. And I focussed on the story’s cinematic qualities and scope – the things that would make it translate to the screen and make people want to see it in that form.

In an adaptation you have to make lots of decisions about how to represent different elements on screen. The book has a lot of inner monologue, letter writing, and so on, so I had to find ways of using this material in so it worked visually. You don’t always want to use voice over but it worked really well in this film. Because of time constraints I did have to leave some loved parts of the book out, but then invent some new bits to do new jobs in the film.

There is such a respectful reverence for those who are a little bit ‘different’ in H is for Happiness. How do you go about writing layered and varied characters?

I love the way difference is a given in the story – it’s not underlined as a theme, it’s just the reality. That’s how it’s celebrated. I had fantastic material in Barry’s novel to work with – the story, the characters, the dialogue. So I used as much of Barry’s material as I could and otherwise tried hard to retain Candice’s voice.

The film is a visual joy to look at, with so much going on screen at once, yet it never feels overwhelming. What kind of visual cues did you inject into the script, and how did you collaborate with the creative team on the film?

The script lent itself to the quirky world in H is for Happiness but the visual style of the film is really down to the creative genius of our Director, John Sheedy. He has a wealth of experience as an award-winning Director of theatre and opera and H is for Happiness really sings as a result! John’s great vision for this story was shared by our wonderful team; DP – Bonnie Elliot, Designer- Nicki Gardiner, Costume -Terri Lamera, Make-Up -Karen Sims. The coming together of this particular group was serendipitous. The way they worked together to create this vibrant, fun, timeless world that Candice and her family live in was just inspiring. As a producer, I spent a lot of time with Nicki, Terri and Karen on set. Creatively, I was very much learning from them.

The vibe that comes from H is for Happiness is that it was a film created by a team that worked as a family. Can you talk about that harmonious working process?

We were all inspired by the good will, spirits and energy that Daisy and Wesley brought with them no matter how demanding or hard the day. So they really set the bar for the adults and everyone rose to it. Lots of the crew told me how much they enjoyed working with all the kids – having them there created a playful, generous and supportive vibe. Miriam Margolyes was just the best sport when it came to keeping all the kids in good spirits. These were long days in a small, hot, classroom with the crew squeezed in alongside a full class of kids. A lot of laughter and joy to be had when she was on set.

You’ve written for a wealth of kid focused TV shows, what draws you to this kind of material?

I was in the zone – I had three kids. I was watching a lot of kids film and television and, on a practical level, kids shows tended to be a bit flexible and accommodating of writers with kids. They were all really uplifting shows to work on with great teams. It made sense for me to focus there at that time.

What has been the difference between writing for TV and for film?

Writing for TV is a very collaborative process. There are brainstorms and writers meetings and contact with an ‘In House’ team of writers and producers. It’s collegiate and can be a lot of fun. It’s about shorter time frames and the discipline of bringing your individual sensibility to a show while serving an overarching voice and continuity.

For me, writing film is much more of an isolating and immersive experience. Whatever form or medium or length of story, you still have to make it work. You are still writing for an audience and you want them to find something to love and connect with in your work. And I love the challenge of that.

As a script writer, editor, and producer in Australia, how have you found the landscape for writers change over the years?

I think on the one hand it’s much more competitive than when I started, but on the other hand, there are new and interesting opportunities and pathways to explore; lowered production costs and reduced barriers to entry, and the ability to build a niche audience online. Also players like Netflix and Amazon funding productions – and it would be great if they commit to a solid level of Australian content production.

What is your hope and desires for the future of Australian film and television media?

That the industry grows and thrives with all contributors getting a chance to tell their stories; that we continue to be able to tell Australian stories.

H is for Happiness screens at Perth Festival from December 30th through to January 5th. 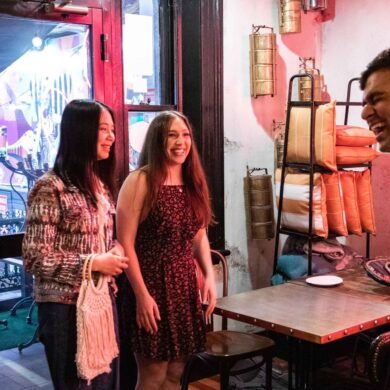