Directed by Rupert Goold, Judy stars Renée Zellweger as the titular Judy Garland, reserved to performing at sold-out shows in London in 1969, approaching the last years of her life and career. Composed with Garland’s last few days is her young life as Louis B. Mayer protégé during the 1930s, detailing a life of abuse that didn’t stop.

Before seeing Judy, I had little knowledge about Judy Garland’s life post-A Star is Born in 1954. So I decided to do a bit of research, and found some sad truths about Garland including her lifelong substance abuse, intense focus on her physical appearance during the early years, and her death at 47 from an accidental barbiturate overdose. So now more educated on the performer, I ventured into the new film ready to see how Zellweger would portray her and how the filmmakers would accurately tell her story. The results are mixed to say the least.

Zellweger has received generous praise for her performance, and mostly deservedly so. She hasn’t been this strong in years and plays Garland as well as you could play someone like Judy Garland in those last few years of her life. At times the performance borders on mere impression, but it’s the emotional moments that sells the reality and carries through to the end. It isn’t one of the best of the year and might just be looked over when we enter the encroaching awards season, which is sad but probably true.

Because as good as Zellweger is, Darci Shaw as young Judy is even better. Not to be mean, but Garland’s time as the MGM “Girl Next Door” is the more interesting and dramatic period. Every time the movie would flash back to Judy’s younger years in the production of The Wizard of Oz or in her interactions with Mickey Rooney or the leering eyes of Louis B. Mayer, we see the abuse and tragedy in a loss of Garland’s innocence all for the sake of a few movies. Shaw may not look exactly like Garland like Zellweger does, but plays it better and stronger and comes out with the winning impression on this critic in the end.

Sadly, these two performances from Zellweger and Shaw as Judy are within a plain and unimpressive hagiography that does nothing to exceed itself from the overcrowded musician/performer biopic genre. I have seen this story before without ever seeing this movie in last year’s Stan & Ollie. On paper, Stan & Ollie’s story wasn’t anything exceptional but the truth and performances and simply the direction was what carried everything brilliantly along to a perfect emotional climax. Judy seeks the same paramount, but lacks compelling performances beyond the lead, strong direction from Goold, or enough focus on the truth. There are moments that in Judy designed to communicate the idea of her substance abuse or the overwhelming public support despite declining health which sometimes feel natural and effective and other times feel cheap, false, and useless. Some of them are just wildly unbelievable and obviously untrue that it starts to ruin the beginnings of actual emotion we could feel towards the story.

Judy could have been something more but simply reserves itself to base-level storytelling that does give a solid platform for Renée Zellweger and Darci Shaw to bounce off of, as well as show off a few nice shots from director of photography Ole Bratt Birkeland, but that’s really it.

Writer: Tom Edge, (based on the stageplay End of the Rainbow by Peter Quilter) 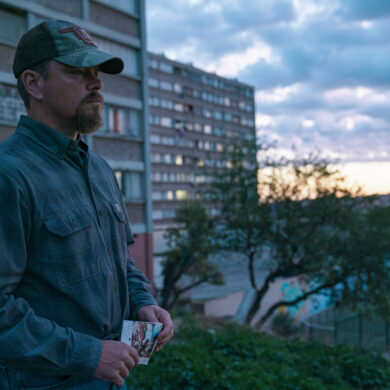