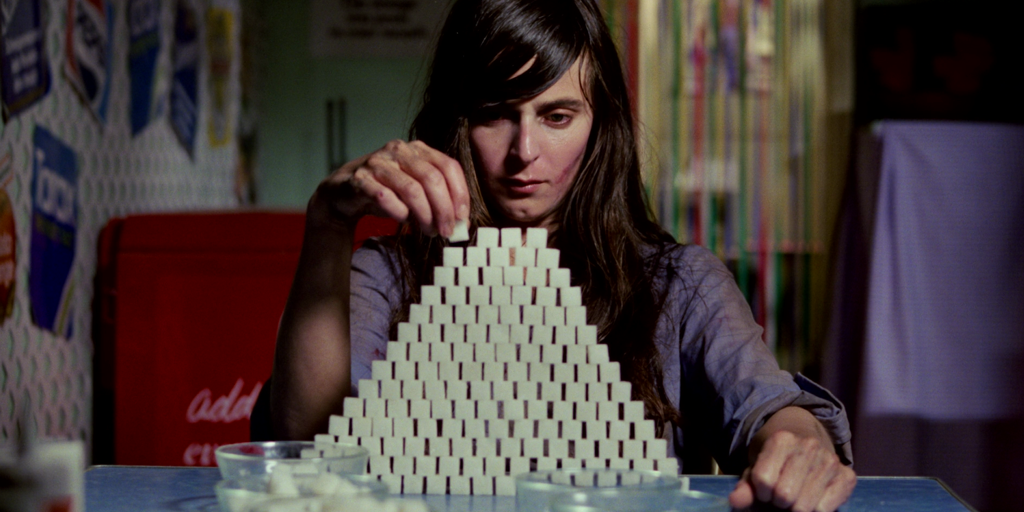 Next of Kin Bluray Review

Bored. That’s what I was feeling roughly half-way through Next of Kin. But, as it wore on, it surprisingly began to demand my attention, and by the end, I was completely engaged. Next of Kin revolves around Linda (Jacki Kerin), who receives, after her mother’s death, a rest home for elderly people. After a few days of living in the old building, Linda comes to realise that she and the other residents are not alone. There is some kind of presence in the place – and it is not a good one. She begins to investigate the history of the rest home and along with her boyfriend Barney (John Jarrett) they try to find the truth.

In the beginning, Linda is on her way to the rest home to take control of it after her mothers passing. She hasn’t visited it for a long time, and for the better part of the first half of the film Linda is kept busy catching up with people, conversing, reigniting old flames. There’s nothing exceptionally wrong with it, it’s just that the delivery is a bit plain. Yes, it’s great to build up characters from a narrative point of view, but when the audience is expecting them to die it shouldn’t really drag the story to a crawl to get to those deaths.

Horror films should be horrifying. For instance, in the film, an elderly resident goes to step into a bath. He cannot quite see through the wall of steam created by the hot water, and when his foot enters the water, he steps onto another one of the residents who appears to have drowned. The lack of tension or dramatic score took away any possible horrific build up, so even though I knew something was going to happen, there was nothing particularly horrifying about it. It’s just an old, bloated dead guy floating to the surface of a bath. The old man that finds the body doesn’t even shriek or cry out.

However, once Linda realises there is a presence in the house, events begin to unfold that make Next of Kin more interesting. I began to suspect other characters of being the antagonist, I wanted to watch and see what happened; I was intrigued and engaged. It took a little too long to get to that point, but once I did, I was happy. Unfortunately, the key moments where maybe I could have experienced a fright were still a touch underdone. The sound really isn’t quite right, there is no screaming, or yelling, even when someone gets stabbed right in the eye. I expected a terrifying yelp, but nothing – there is a lot that could be improved upon. Luckily however, director Tony Williams does enough in the second half of the film to redeem the first.

Jacki Kerin is quite good as Linda. She embodies innocence and fear in her performance in a quite believable manner. John Jarrett also puts on a good show as Barney, the caring and sincere boyfriend who’s willing to help whenever he can.

But at the end, Next of Kin is the kind of film that had all the right ideas but couldn’t quite execute them all well enough to create a thoroughly enjoyable film. It’s only just saved by a solid second half. One thing is sure. In the age remakes, rewrites and ‘based on’s’ – this is one film that could do with being remade. A few more scares in the first half, a bigger budget and you’d be looking a fantastically scary film.

The extended Not Quite Hollywood interviews with John Jarret and Tony Williams provide a great insight into the film and film making in general. They are quite interesting. The theatrical trailer is also great, even if it focuses on the second half of the film. There is a 2018 location visit which is unfortunately uninteresting. It would have been great to have an extended tour of the property and hear about specific shooting locations, why they used that spot etc but it appears to be just drone footage.