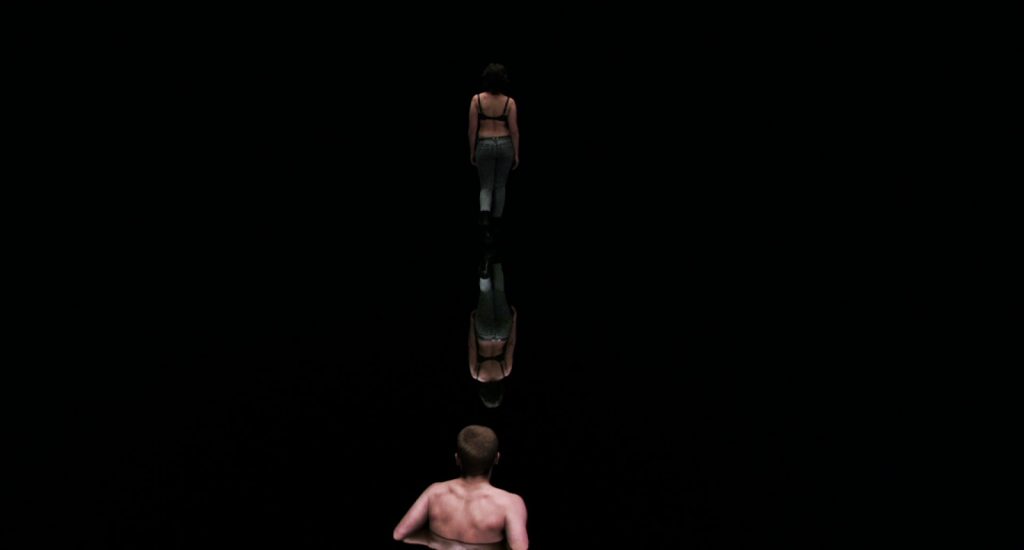 Under the Skin Review – A Unique, Otherworldly Experience that Seeps into Reality


As I drove home from watching Johnathon Glazer’s Under the Skin, the sort of rain that doesn’t really need the lowest wiper blade setting on, but in its own way kind of does, started to fall. It wasn’t light rain, or heavy rain, it was snow like rain. Just peacefully falling. I say this, because it feels appropriate for the film of Under the Skin.

When I stood up in the cinema and turned around there was a man sitting at the back of the cinema by himself. Standing, he would probably be six foot four or six foot five tall. He had a long beard and no hair on his head. His beard went down to his knees and he sat with both hands on his knees staring as the credits rolled up.

I had thought it was going to be a loud talker session as prior to the film starting, a lady who sat by herself brought a bottle of wine out her somewhat small handbag. She drank from the bottle throughout the film. I didn’t notice if she had finished it by the end or not.

Two young men sat in front of me, one with a hoody and a hat on – a bit redundant really – and the other just a regular young man. One said to the other, ‘this is the film where Scarlett Johansson gets naked’.

She does get naked, a few times in fact. A few random men also get naked. It’s not sexual though, it’s simply one of those things that happens in the film.

Glazer previously made the wonderful Birth and the truly joyful Sexy Beast. Both have some of the best performances of Nicole Kidman, Ray Winstone and Ben Kingsley’s career. Scarlett Johansson is relatively vacant in Under the Skin, but it’s a performance which I found was comparable to Ryan Gosling in Only God Forgives, or Paddy Considine in Dead Man’s Shoes.

I’ve not been impressed with Johansson in the past, but here she brings an otherwordly presence to her nameless character. It’s eerie, haunting and almost like Michael Myers in Halloween.

When I returned to my car, there was a set of four police cars and an ambulance in the mostly vacant parking lot in Leederville. They had surrounded a small red car, a hatchback. On the ground was a body with a sheet over it. I’m not sure of what happened to the person; yet it felt strange driving away just how normal that felt. I’ve never seen a situation like that before, but it felt normal.

It was a nice, beautiful evening in its own way. It doesn’t snow in Perth, but the feeling was that of a warm street after light snow fall. Otherworldy, strange.

Nitram Review – The Unbearable Tension of Being

There isn’t much to actually review with Under the Skin as it’s more of a film that washes over you, rather than one that you pinpoint particular moments and discuss them. There are shots in this film which are mesmerising to watch and will linger on in your memory for a while – not too dissimilar to Only God Forgives. This review is more about how I felt after watching the film rather than anything else.

Writers: Walter Campbell, Jonathan Glazer, (based on the novel by Michel Faber, with uncredited work from Milo Addica)