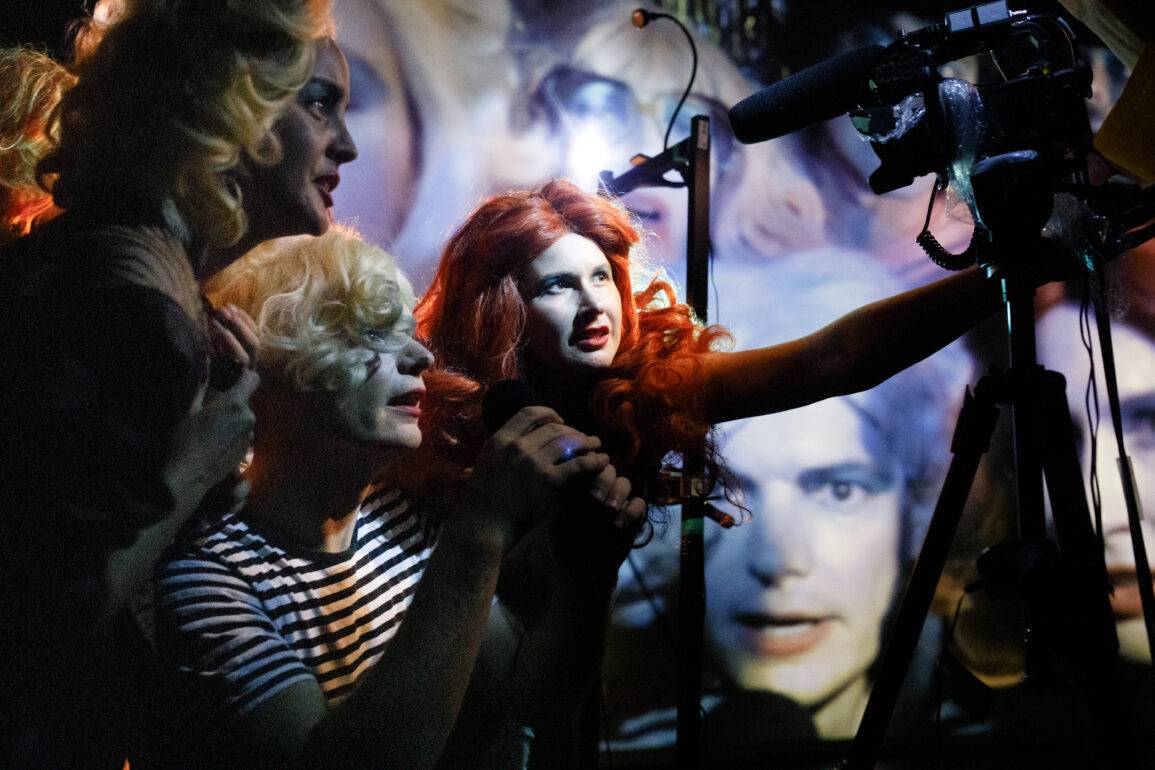 On Thursday 10 February, Western Australian arts documentary Stage Changers will have its world premiere via the on-demand streaming service iwonder – one of the world’s largest online collections of documentary films.

An iwonder original, the film follows the journey of The Last Great Hunt, a collective of six passionate Western Australian theatre makers with a reputation for producing distinctive small-scale studio work.

After an influential company in the UK invites them to pitch a large-scale performance that would see them go from making theatre for audiences of 100 people, to more than 1,000 people a night, the group are faced with the biggest opportunity of their careers.

With the renowned Perth Festival joining the list of those interested in the performance, the group looks to be on the brink of something truly remarkable, before funding challenges, personal injury, and subsequent production delays threaten to stop the show from ever reaching the stage.

Suddenly the group of aspirational artists, driven by hopes and dreams, are forced to ask themselves: will dreams be enough?

“My ambition was always to pair the personal and creative journeys of these artists with incredible performances that showcase the inner workings of their unique creative minds; exploring the adventure of stepping up your game when there is no linear path laid ahead,” said Western Australian director and producer Ella Wright.

“The Last Great Hunt’s eight-year long artistic journey has been captured in a personal and compelling way by Ella, which speaks volumes of her ability as a filmmaker to work closely with her documentary subjects.” said Paul Williams, Screenwest Documentary Manager.

Stage Changers was commissioned by iwonder in 2020 and according to its director, the film couldn’t have found a better home with the documentary streaming service.

“iwonder presented the perfect opportunity for us to share this beautiful story with an audience who will appreciate the opportunity to connect with our characters deep in the creative process whilst watching a film that is fun, funny and surprising.” said Wright.

iwonder CEO, James Bridges, says of the film: “Stage Changers offers a rare and intimate glimpse behind the curtain with some of Australia’s bravest and most creative performers, as they take on the biggest challenge of their careers. As the group’s creative director literally suffers for his art, as he battles through a debilitating back injury to keep the production alive, the cast and crew pull together to produce a piece of performance art on par with some of the most captivating and creative productions to emerge from Australia and sit comfortably on the world stage.”

Stage Changers is available to watch at w ww.iwonder.com from February 10.

Viewers new to iwonder can watch Stage Changers for free by signing up to the 14-day free trial period, while also gaining access to 1,000+ other acclaimed documentary films and series. Priced at $6.99 monthly or $69.90 annually, viewers can enjoy iwonder on their mobile phones via iOS and Android apps, browsers at www.iwonder.com, with Telstra TV, Apple TV, Android TV or through Google Chromecast or Apple’s Airplay.

Production Credit: Stage Changers is a WBMC and Tiny Light Films production. Principal production funding from Screen Australia, in association with Screenwest and Lotterywest with the assistance of the Documentary Australia Foundation. Local distribution and international sales by iwonder.