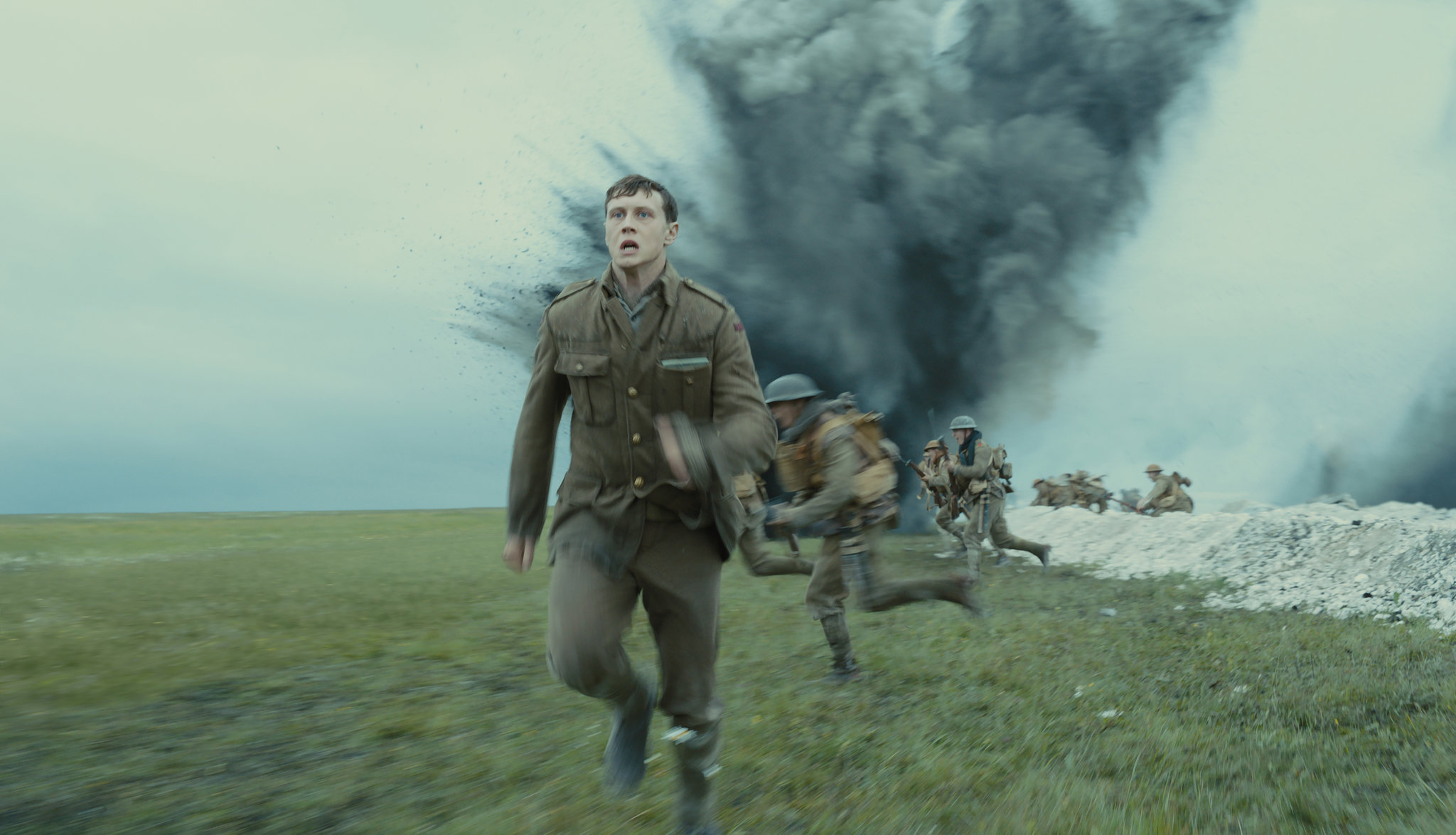 Two infantry soldiers, Lance Cpl. Schofield (George MacKay) and Lance Cpl. Blake (Dean-Charles Chapman) are given the task of delivering an urgent message to a fellow British battalion to call off a planned attack. Should they fail, it will cost the lives of 1,600 other men, including Blake’s brother. Together they must navigate a warn torn rural France and ensure this message is delivered at whatever the cost.

I have to address the major talking point surrounding this picture; the ’one-shot’. A style that requires a lot of editing and camerawork skills and apparently a whole lot of novelty. For those that don’t know, 1917 is by no means the first film to popularise the ‘one-shot’. Google Birdman and Rope.

Acknowledgement for its technical skill aside, this method intends to serve a more interpretative purpose. 1917 is set in WWI. WWI, I could imagine, felt very long. Mendes wants to mirror this. We get it, a big tick. It’s somewhat contradicted by the fact that the film feels like a race against time and is very well-paced. I didn’t feel that it went on forever. Perhaps that interpretation is a little too literal? It’s admirable all the same, just not particularly clever or original.

Where it succeeds more, is in conveying the importance of distance travelled. We can truly grasp the geographical landscape and the physical journey of getting from A to B. It also means that emotional scenes and subsequent responses develop differently and feel somewhat organic as opposed to being manufactured by a variety of shots covering all angles of the moment.

The distinct point where this ‘one-shot’ style around breaks is around the halfway point and is where the film delivers its finest moments. At the very darkest before the dawn, a French town (created from scratch in production) becomes the picture of literal hell on earth. Alight with burnt orange and red flame, a harrowing score accompanies how we would imagine, a race for one’s life. These for me were the best moments of the film, truly captivating cinema.

WWI film is a part of history that has been recreated countless times on screen. There’s a lot to work with here for reasons that I’m sure I don’t need to explain but there also isn’t much here that you won’t have seen before. 1917 offers a smaller narrative and adds the element of working against the clock. Factors that are done well, as promised and give it just enough of an edge it to stand out.

To say that this film has no emotional substance would be harsh. I just feel that focussing on an atrocious period of history doesn’t disqualify a film from concerns of originality and also doesn’t mean I should feel guilty for not wanting to stand up and sing a tearful rendition of God Save the Queen at the end.

Mendes has made a fantastic film and a great contribution to a popular, albeit very crowded genre.

WWI cinephiles, this one is for you.