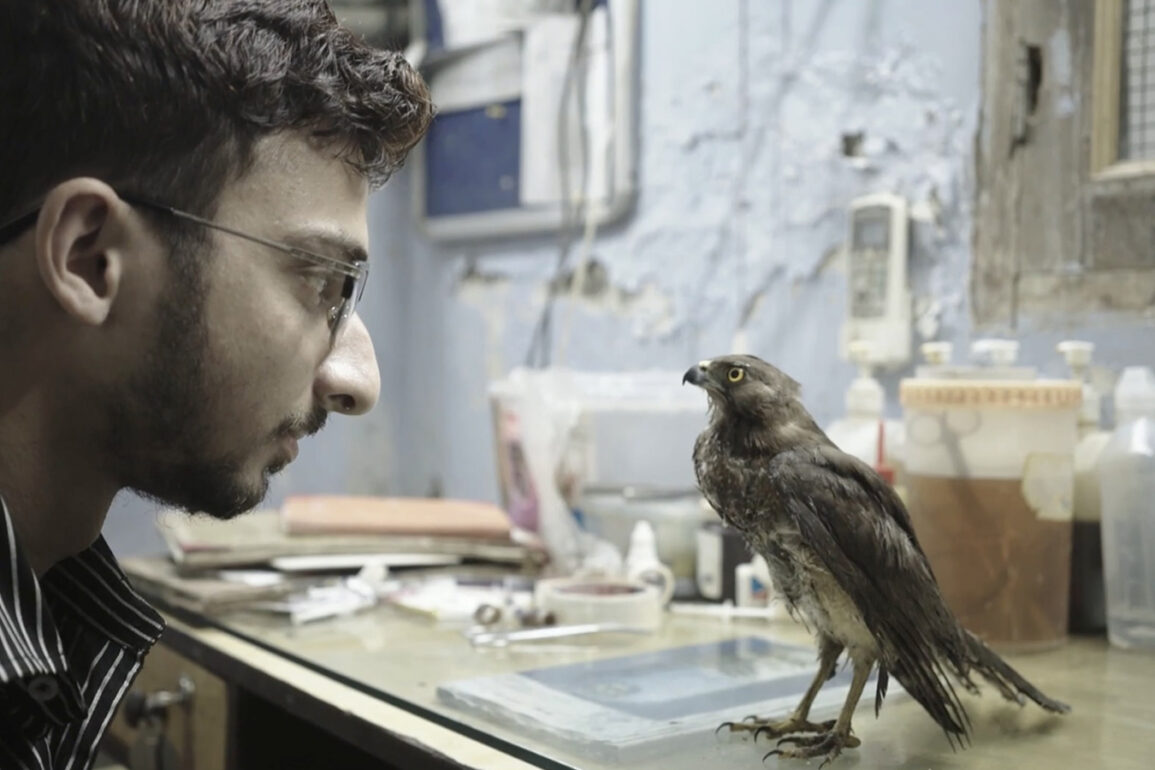 Shaunak Sen’s film All That Breathes premiered this January at the Sundance Film Festival and promptly scored the Grand Jury Prize for documentaries. In May 2022, only a few weeks ago, it screened at the Cannes Film Festival and scored the Golden Eye award for Best Documentary. Shot entirely in the chaos and cacophony of New Delhi, this is a film that is unabashedly slow and poetic and deeply philosophical, focusing on the efforts of two brothers and their friend who rescue and tend to injured black kites.

Amid the frenzy of festivals and publicity, Nisha-Anne caught up with Shaunak over Zoom to talk about the making of the documentary showing at Sydney Film Festival this month.

It’s been a bit of a whirlwind [for you]?

SS: It’s a bit of an unreal dizzying blur because, you know, it’s like the front brain has processed it, but I’m still to wrap my brain around it. It’s like when something suddenly this voluptuous happens and transforms your social life especially, your brain feels a bit broken. In terms of social media, I’m a somewhat shy and reclusive person.

And also we were showing [at Cannes] in the same category alongside a lot of filmmakers who are absolute masters, like people whom I have [idolised] since growing up. One of the Coen brothers had a film there. There’s the Ukrainian master Sergei Loznitsa, there’s a well-known Chilean filmmaker Patricio Guzman.

We’re all besides ourselves with joy. I’m absolutely exhausted answering the question, “How do you feel?” It’s not a simple emotion of happiness. There’s a fair degree of positive stress, as they say, because you’re constantly dealing with 999 notifications on social media. It’s all of that. So no complaints, of course it’s fantastic. But trying to nuance the emotion more than just simply being “Great, I’m on top of the moon.” I think it’s a bit more than that.

I know this film came about from you being in Delhi, looking up, seeing the cheels [kites] around and then seeking out the people who were involved with them. I loved that interview you did about how Cities Of Sleep [Shaunak’s 2016 documentary] was about horizontality and this one is about verticality. Would you like to talk a little more about that?

SS: Look, a lot of this kind of analysis is post facto in the sense that this kind of thing isn’t there in prospect as much as it is there in retrospect. All of it fits more neatly, the overlaps between two different bodies of work become clearer as you go along. You say, “Ah right, initially I was thinking of everything [on a flat trajectory]. Now I’m thinking [on a vertical trajectory].”

The whole direction team is from Delhi, we’re all embedded in the local colloquial and vernacular cultures of the city. We’re all interested in seeing how a city illuminates itself differently when you look at it through a very specific niche kind of angle. So I think in that way, it was one thing to look at it through the world of the night in Cities Of Sleep. And here we were looking at it through the world of the sky, through birds and through the brothers. The world becomes entirely coloured and you see the whole — two things happen. Your own life becomes fodder for the film, and the film becomes a kind of fever, like an obsessive fever dream through which you look at the world. So those two things kind of cross-pollinate.

You said that you very much didn’t want this to look like a nature documentary, even though you were filming creatures in an urban setting. How did that translate in terms of cameras? Did you have certain parameters for the cameras that you didn’t want to use?

SS: Yeah, the minute you take a decision aesthetically that you’re not gonna shoot it like a nature doc or a wildlife doc, then what happens is that what you’re effectively saying is that you’re not gonna shoot, say, a flying bird with a long telegraphic lens, right? You’re not choosing a tele lens to shoot the eye of the bird with pristine clarity. In fact, I said that birds in the sky have to look exactly like they look to the naked eye. So they should look like dots in the sky.

This immediately means that the cinematographic drive is not towards trying to get information visually, that’s not it. You’re trying to find cinematic moments, you’re trying to find the rhythm and intuitive cadences of things. You’re shooting to find poetry in it, which is a totally different wheelhouse aesthetically than a nature doc.

It’s not [that] we eschewed the nature doc because [we thought] we’re too cool for that. It’s simply the case that I’ve never shot a nature doc and none of the team had. The interest was in making a film that was abstract and philosophical and in equal measure about the very particular facet of the brothers’ life. So in order to make something that is philosophical, you need to find the kind of grammar that is lyrical and that didn’t fall under the conventional dictums of the nature doc.

In terms of the lyricism of the cinematography, I know that you used vintage lenses on the digital cameras. I loved that effect, I loved the softness of the colours, the edges. I very much recognised it, even though I couldn’t necessarily pinpoint which era of lens it was.

SS: The idea was that, you know, certain combinations work well, and certain combinations don’t work. So for instance, if you’re using a certain camera known for precision and extreme clarity, then very often that’s paired with a certain kind of lens that is also known for its very transparent quality. And then when the image is too transparent, it has this kind of synthetic plastic quality that I don’t like.

There’s a sense of mystery when you use lenses that have a kind of depth. What’s cinematic is when something feels like there’s some — I like a touch of mistiness or a touch of lack of clarity. That’s why I kept telling the cinematographers that we have to find lenses and lighting conditions that give us a sense of depth, that give a sense of mystery. And, you know, it has to feel cinematic.

No, there was never any simultaneity. Our German DP called Ben Bernhard who is a bit of a master — he shot a lot of Viktor Kosakovskiy’s [films] like Aquarela and so on. I admired his work greatly and was honoured and privileged to get him to Delhi to shoot for the film. But then the second wave [of COVID] came and production had to shut down for a while. And after that, getting him back was very difficult. At that time, travel wasn’t easy.

Then we got Riju Das, an Indian cinematographer who evolved the kind of grammar and language that Ben brought in, wherein we decided [with Ben] that we’re going to shoot animals in long languorous pans or slow tilt-downs, and we shot with [Riju] for about four or five months after that.

The Moogai Director Jon Bell Talks Aboriginal Horror Filmmaking, Creating a New Generation of Filmmakers, and Working With Family in This Interview

I really loved how the score was quite magical and then quite playful in certain parts. You had this really beautiful ethereal mood to it. What was the conversation around that?

SS: The main conversation with Roger Goula, the music composer, was that at first it has to feel like a fairy tale. Because, you know, you want to communicate the kind of charisma and wonder and otherworldly magic that the kites seem to have. And then once you’ve communicated that kind of wondrous quality, then it has to feel like a fairy tale gone bad, gone dark. Which is why afterwards we used the trope of the distortion. So there’s a lot of sound distortion that we put in as the score goes on, to show a kind of bleak fairy tale around the city and the ecological conditions.

You’ve talked about how you wanted this to be a philosophical film and finding the poetry in science. Did you have a specific audience in mind when you were making the film or when you were cutting it together?

SS: I never, ever have an audience in mind. I mean this is in a more profound sense of the word. It’s usually stuff that I really like, that’s what I rely on. I have a small group of four or five people, and I try and watch the edit sometimes from like the imagined perspective of them. Above and beyond that, I have absolutely no conception of “This particular audience, category or demographic will watch this.” I would imagine that anybody who’s interested in either the ecology or non-human life or human behaviour — because the film aspires also as much to be an exploration of the human condition. The film’s ambitions are zoomed out enough for anybody to like it, hopefully.

What are you thinking for your next film project?

You think that’d be a big change for you?

All That Breathes is screening as part of Sydney Film Festival 2022. 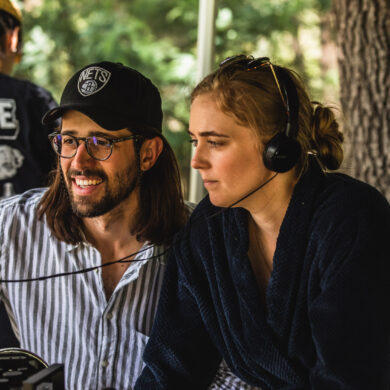