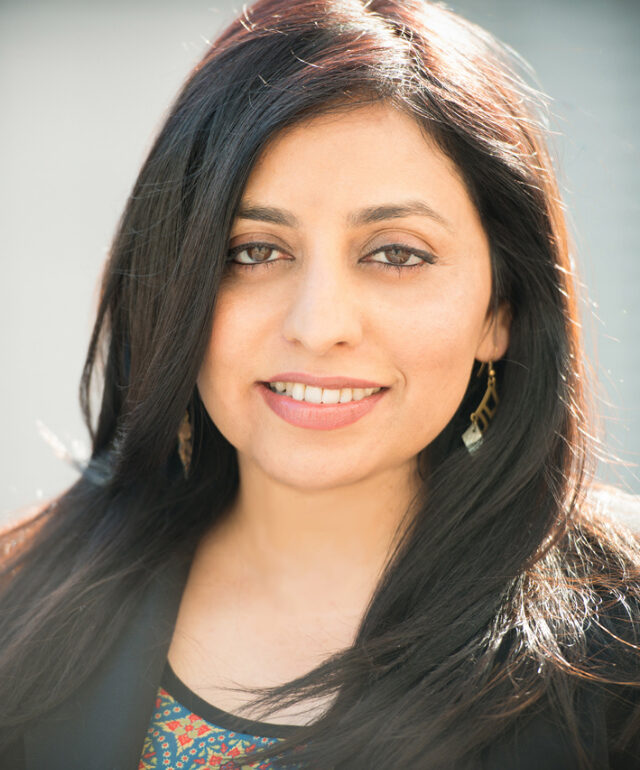 Ana Tiwary Talks About Diversity in Australian Media, the Sydney Film Festival and Women’s Cinema in Colour in This Interview

As the screen industry around the world implements long-overdue changes in terms of gender and cultural inclusion, Ana Tiwary’s work behind the scenes has gained more importance and momentum. Over a decade ago, she began the Facebook group Diversity In Australian Media, a space for journalists and creatives to discuss and share issues of representation in our media landscape. She’s also a director and producer who’s worked across documentary and fictional films from Bollywood to National Geographic in countries all over the world. In 2015, Screen Producers Australia named Ana among Ones To Watch. Last year, she produced the first Asian-Australian romcom Rhapsody In Love, and is currently developing a television comedy series about a Sikh girl living in Perth, What Would Suki Do?

Ahead of hosting the Women’s Cinema In Colour panel discussion at Sydney Film Festival 2022, Ana caught up with Nisha-Anne to discuss her career and the importance of multicultural Australian representation behind and in front of the camera.

How did you get into producing?

AT: I am essentially trained in directing, but I slowly started to produce alongside directing because I found that the sort of multicultural projects I wanted to direct weren’t being produced in Australia. It was difficult to find a producer who would passionately produce the sort of work I wanted to create, and especially with an understanding of cultural sensitivities.

What’s your initial approach to projects: do you look at the people or the idea first?

AT: The idea has to be really strong and something I care about deeply, because it takes years and a lot of hard work to get projects up. The writers I collaborate with are from marginalised communities and highly talented but just haven’t had the opportunities to showcase their stories. I like working with new people and trying to help people get their first credits. This is so important to bring about a shift in the screen industry. Otherwise, it is so difficult for many people to break through a system that often feels like an exclusive club.

Are there things you had to learn and develop about yourself in the producing process?

AT: Producing a feature or series takes a long time, and by nature I like to get things up quickly. So I have had to learn to be extremely patient, resilient, and keep my hopes up even when everything seems to be moving at glacial speed. Patience is definitely something I need to keep developing more.

What kind of mandates do you like to put in place for your projects?

AT: I care deeply about the impact of my work on the audience and wider communities —especially under-represented communities. Moving forward, I am making sure that I have cultural safety and access protocols in place. My projects will factor in family-friendly ways of creating. “Nothing about us without us” is a mantra I follow in the work I do.

Are you seeing more people of colour behind the camera as well as in front, not just writers and directors but roles like gaffers and cinematographers and editors?

AT: Yes definitely, there are more people joining the screen industry in various roles and it is so great to see. We need more POC in every specialist and technical roles because it all makes a difference to the authenticity of a project. What we urgently need more of is producers of colour who get proper funding to create their work independently without needing to partner with the same top twenty production companies that are mostly mono-cultural.

In terms of mentoring, I imagine it requires a lot of empathy and patience and enthusiasm on your part. What would you say to encourage industry people to become mentors? And pitfalls to avoid?

AT: Mentoring and championing the next generation of creators is so important. All mentors will tell you that it is such a rewarding experience because we have a lot to learn from emerging filmmakers too. Intergenerational exchange and collaboration is so important to create new and exciting work.

Most thrilling moment as a producer?

AT: I think for all producers, the moment funding gets approved is really exciting. Another rewarding moment for me is when I get a chance to collaborate with Indigenous and POC writers, producers, and directors.

Tell me a bit about Diversity In Australian Media. Can anyone join the group?

Aussie Indie Filmmaker Glenn Triggs Talks His Dreams of Paper & Ink, Writing for an Audience, and More in This Interview

AT: Yes, everyone from the Australian arts sector is welcome to join the Diversity in Australian Media Facebook group. I have purposely not made the group exclusively for people of colour because there is a need for us to speak our truth in spaces where decision-makers can hear our concerns and help bring about systemic shift. Conversations in silos are helpful, but to challenge the status quo we need to bridge the communication gap. Everyone is learning from each other’s lived experience, and the group attempts to create a community of people who are all aligned and passionate about bringing about positive change.

I’m so excited about What Would Suki Do? How’s that development process going?

AT: Yes, this is a wonderful comedy I am producing with multi-talented Sukhjit Kaur Khalsa. We have gone through a few rounds of developing and will soon be applying for production funding. Can’t wait to bring this special comedy to life!

Tell me about the Women’s Cinema in Colour panel. How did it come about? Who are the panellists?

AT: I first got in touch with Nashen Moodley before COVID hit to suggest a panel dedicated to independent women of colour creators. He was very supportive and we started some initial planning but the festival was cancelled and there were delays due to COVID. Then Lisa Kitching got in touch from Sydney Film Festival to ask me if I was still interested in putting the panel together and I said, “Absolutely!” Lisa and I worked together to bring our brilliant panellists together. I will be moderating the panel and we have five brilliant filmmakers speaking: Kylie Bracknell, Rosie Lourde, Toni Stowers, Tracey Rigney, and Bina Bhattacharya.

What are you hoping people will get from the Women’s Cinema In Colour panel discussion?

AT: Historically feminist cinema has often not been intersectional. I am interested in changing the discussion around women’s cinema to be more inclusive. With this panel, we want to celebrate the work that Indigenous women and women of colour are doing to create work on their own terms — authentically and unapologetically. We will discuss the new challenges we face, and creative ways of overcoming those hurdles. For example: how do we move beyond diversity initiatives to gain meaningful funding to get our projects up? We will talk about cultural safety and intersectional feminism. We will also talk about the systemic changes we want to see to make our industry more family-friendly. The panel will talk about how it is not enough to be in the rooms where decisions are made, it is important for us to hold our voice and be the decision-makers for stories that impact our communities.

Catch the free Women’s Cinema In Colour panel discussion as part of the Sydney Film Festival 2022 on Saturday 11 June at Sydney Town Hall.