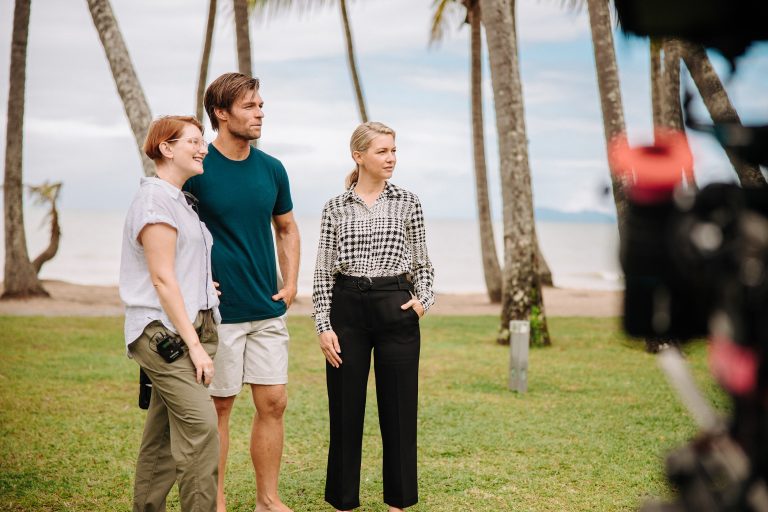 Production on romantic feature film This Little Love of Mine has kicked off this week in Cairns, Far North Queensland. The filmsees Australian actors Saskia Hampele (The Heights) and Liam McIntyre (Spartacus: Vengeance) stepping in to the lead roles, starring as two childhood friends who reconnect in unexpected circumstances on the tropical island of Sapphire Cove, where they grew up.

This Little Love of Mine is the first Queensland feature film to go into production since the global COVID-19 pandemic, as announced by Queensland Premier and Minister for Trade, The Honourable Annastacia Palaszczuk. The cast and crew are adhering to strict COVID-safe filming practices, and following guidelines set by the Queensland Government.

The story follows Laura (Saskia Hampele), a successful San Francisco city lawyer on the cusp of promotion – a far cry from her childhood growing up on a tropical island with best friends Chip (Liam McIntyre) and Gem (Lynn Gilmartin). When the firm’s biggest client – Chip’s grandfather (Martin Portus) – asks Laura to travel to the island and deliver a contract to make Chip his heir, she leaves behind her practice and fiancé Owen to convince her childhood friend to sign a contract that will make him a billionaire… and Laura a partner in the firm. Upon arrival on the island, the chemistry between Laura and Chip is immediate, leaving her questioning where it is, she truly belongs.

The cast is rounded out by Tiriel Mora, Sarah Woods, Lawrence Ola and Monette Lee.

Saskia Hampele comments “I’m very grateful to be back on set after a difficult few months for the film industry. The team here have created a “COVID-free bubble” so that we can feel comfortable that we’re working in a safe environment, and there is a positive vibe amongst the cast and crew about bringing a feel-good film to life during what has started off as a very challenging year.”

Director Christine Luby adds “I’ve always loved rom-coms and couldn’t be happier that my first film is in this genre. I’ve been in the Cairns region for several weeks now and am so pleased about the range of incredible locations we’ve found to set our film in. The natural beauty of this area provides the perfect framework for our story of two childhood friends reconnecting. I’m supported by an amazing cast and crew and feel incredibly lucky to be making a film during these turbulent times.”

The film is written by Georgia Harrison (Rip Tide), directed by Christine Luby and produced by Kelly Son Hing, Spencer McLaren and Steve Jaggi, with Kylie Pascoe co-producing. This Little Love of Mine is supported by The Queensland Government through Screen Queensland and will be released in cinemas in 2021. U.S based Nicely Entertainment are handling international sales. 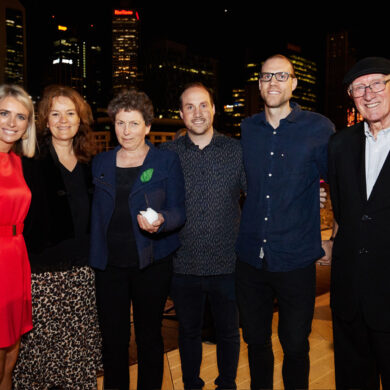