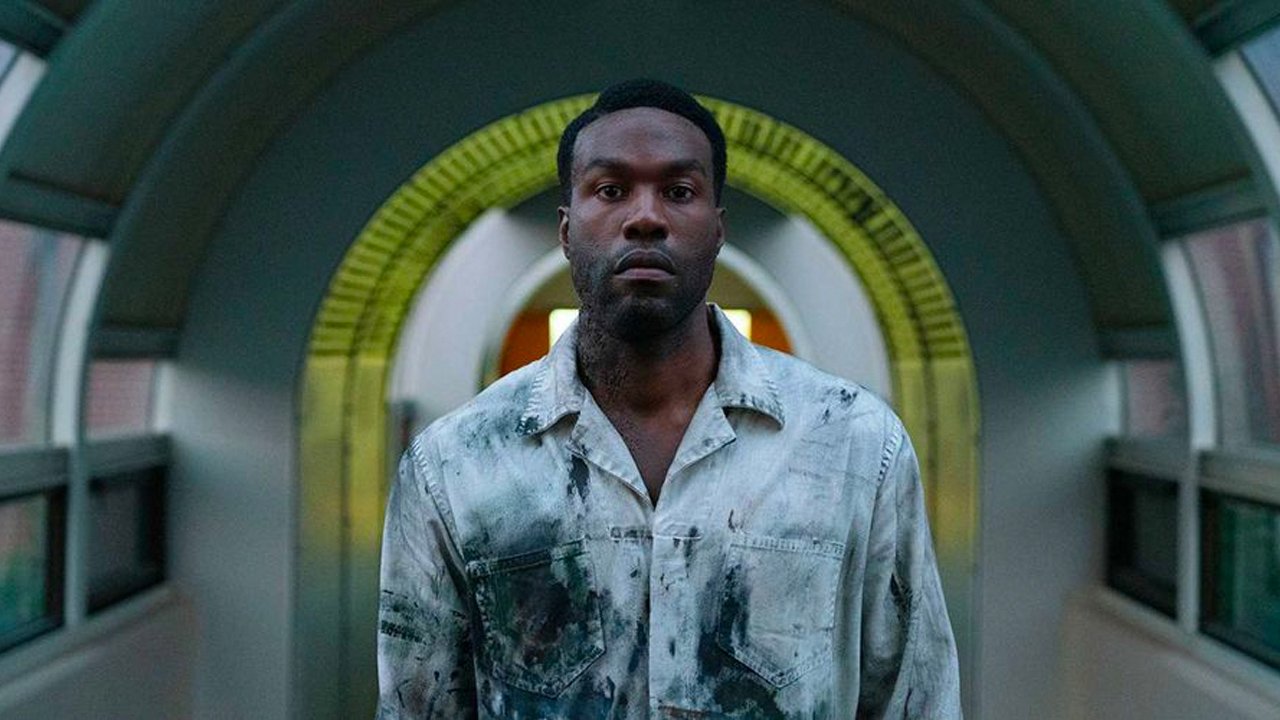 
For a film whose primary antagonist appears only in reflection, the clumsily executed Jordan Peele produced horror, Candyman, is a film that needs to take a long hard look at itself in the mirror. A sequel to the 1992 horror film of the same name, director Nia DaCosta’s (of Little Woods (2018) and upcoming The Marvels (2022) fame) Candyman is a fret free, politically-charged slasher that prickles when it ought to sting.

The story of the menacing Candyman (don’t trust Tony Todd’s inviting smile) is one told in lore amongst the Black residents of Cabrini–Green projects based in Chicago. Judging by the number of bees he attracts, you’d think he was either made of honey or a member of the Suicide Squad. To manifest this hooked figure, the simple recital of their name being repeated five times spells certain demise for the summoner. When Chicago based artist, a committed and Steve Zissou-esque, beanie-adorned Yahya Abdul-Mateen II seeks out the story of Candyman for inspiration for an upcoming installation, supernatural forces enter his life; wreaking havoc not only to himself but to those nearest to him (particularly his partner, Brianna, played by a likeable Teyonah Parris).

How race intersects with Candyman’s themes is one admirably constructed, with gentrification, cultural appropriation and police brutality capturing DaCosta’s focus. (You can summon the Candyman but the scariest antagonist, the police, manifest on their own.) How the film explores gentrification, something which it posits as a system that benefits white society through Black suffering, is when the film is at its most affecting. It feels distinct to contemporary horror filmmaking and goes to reinforce the importance of high-profile films detailing the experiences of Black Americans — particularly through the confronting lens of genre storytelling — to generate awareness. It is however unfortunate that the film gets bogged down by a busy script (Peele, DaCosta and Win Rosenfeld, who makes their feature film debut) that transpires into a convoluted, scare-free and bloodless affair.

The Twilight Zone-like nature of the film feels very Peele and because of this, the view does not get a keen sense of who DaCosta is as a filmmaker. It feels like a film with fresh ideas that have been reverse-engineered back into a studio thriller. That said, how flashbacks are presented via shadowy cut-outs, as if constructed by the child from the Omen, does offer some eeriness. The involvement of side characters, particularly that of Brianna’s brother, Troy (the very personable Nathan Stewart-Jarrett), and his partner Grady (Kyle Kaminsky), are partially constructed and feel as if their crescendos were present somewhere in the editing room.

This sense of incompletion extends also to the fates of random schoolgirls who suffer the consequences of their appropriation of Anthony’s work. They are the water needed to expand the definition of the film as a slasher, albeit without any skin in the game or gorey payoff. Most of this violence occurs offscreen and feels like an effort from the filmmakers to maintain a broad classification, resulting in Candyman becoming a defanged film with a lot of important things to say, but is not given the tools to do so.

(This reviewer also warns that the film’s finale involves a harsh strobing effect that may be difficult for people to watch.)

From Moneyboys to The Sixth Reel: These Are Some of the Best Films at the 2022 Mardi Gras Film Festival

Writers: Jordan Peele, Win Rosenfeld, Nia DaCosta (developed from characters and story from the 1992 film of the same name, based on “The Forbidden” by Clive Barker)