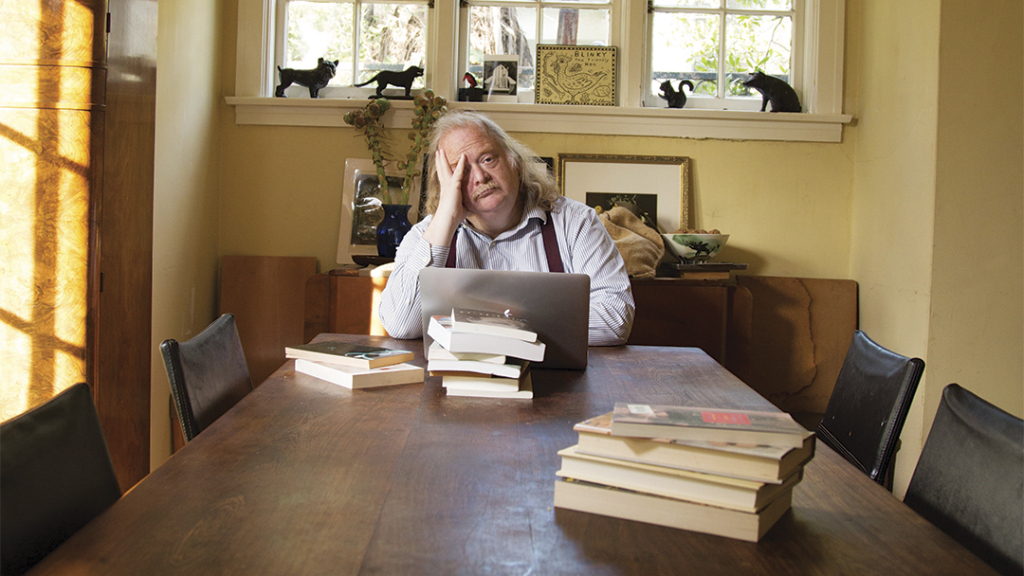 I first became aware of Jonathan Gold through film critics Dave White and Alonso Duralde on their podcast, Linoleum Knife. While they had discussed Gold on the show prior to his death in 2018, it was their discussion about his passing that made me sit up and pay attention to his writing. Now, it’s understandable why a food writer in LA who writes exclusively about LA food wouldn’t come to my attention – sure, he was the first food critic to win a Pulitzer for his writing, but even that wasn’t enough to prick my ears up and pay attention. But, when two film critics who love food talked about the influence of Gold’s writing, and the way that his writing encouraged their culinary journeys through Los Angeles, fostering a beautiful relationship with their hometown city, I had to pay attention.

Which is partly how I ended up watching Laura Gabbert’s documentary, City of Gold. Working as an equal biography of Jonathan Gold as well as a foundational guide through some of the history of Los Angeles food, this documentary is – on the surface – fairly run of the mill. There’s your routine talking heads shots, your tracking shots of the subject going from point A to point B, shots of the subject just sitting and ‘working’. There’s a manufactured feel to these kinds of documentaries, with a clear notion that the director wants to capture ‘life’ as it’s happening, but given that isn’t the focus of the documentary, they also have to tease out discussions about the subjects life. Gold comments directly on this in one scene where he answers a phone call, then says as he hangs up, ‘is that what you wanted? Because I could have just sent it away if not’.

Sure, City of Gold is technically routine, but that’s not where the joy of this kind of documentary lives. If anything, the routine format is a necessity, working to help provide a foundation for the ‘character’ of Jonathan Gold, allowing who he is as a person to blossom. As I’m writing this, I’m painfully aware of the inadequacies of my words in describing who Gold is as a person, and in turn, this documentary as a whole. See, Gold is as eloquent as they come – he writes from his heart, pouring out a wealth of words about why this food means something to him, or why that dish is valuable and necessary. In another beautiful moment, his editor talks about the relatability of Gold’s writing, using an example of his opening a review about a restaurant with a line about how he and the reader eat deer penis – ‘You and I are people who eat deer penis’ – and then lamenting about how 99% of his readers would never have actually eaten deer penis, but how Gold’s writing never presumed that they weren’t diners who would avoid such a dish, instead, he would make the reader equal with him, treating them as an equal and not as the relationship of the dictator of taste and the reader of said dictations.

There was a positive relationship that Gold helped foster with the restaurants that he visited and the readers that read his work, and when Gold delivered a positive review for some backstreet restaurant in the middle of downtown LA, the two united and a community was fostered. There are countless scenes of restaurants whose existence was saved by a positive review from Jonathan Gold – an Ethiopian restaurant left devastated after 9/11 was revived on the basis of Gold’s positive review – showing the power that criticism can have. With a masthead that was as reliable as ever, the LA Weekly was the place for those living in Los Angeles to turn to when they needed to know what was ‘good’ in their city. The degradation and loss of the talent that made the LA Weekly what it was helped hasten it into irrelevance, diminishing its once illustrious name. Gold moved from the LA Weekly to the Los Angeles Times in 2012, carrying on his legacy as a grand and great writer.

One area that is only momentarily touched on is the rise of the internet ‘critics’ who run rampant on Yelp or Google Reviews, the kind of people who relish in the ‘takedown’ review and consider themselves educated critics who know their quinoa from their kale and aren’t afraid to let you know that. It’s very possible that Los Angeles is the place where criticism for the masses will go to die, with only the world of food criticism left to thrive as a reliable guide that people turn to to find out what is worthwhile spending money on. After all, it’s clear that within the world of film criticism, the masses simply do not care, with a decided barrier between ‘us’ and ‘them’.

There’s something so purely narcissistic about a film reviewer lamenting about the importance of criticism as whole. Gosh, I certainly know that I beat the drum for criticism as a whole a lot, and I want to stress that it’s my love for the format of criticism that drives the discussion, and not for any financial gain at all. Which is why I lament not having been intimately aware of the writing of Jonathan Gold while he was alive. Good writing is good writing, regardless of whether it is about something you are knowledgeable about, or whether it’s even about something you’ll ever be able to actually engage with. Gold’s writing came from a pure love and admiration for the city he lived in, with a dedication to elevating his passion of food and highlighting a culinary world that many may avoid or miss because of ignorance or cultural boundaries. He never acted as a gatekeeper, he never sat on up high and deemed his readers unworthy of the food that he had consumed – he always treated them as equals, and that in itself is one of the most important foundations of criticism as a whole.

Pick of the Litter Review

In one sequence, Gold drives us through LA, pointing out the ‘good’ places to visit, and then, in a moment of awareness, he says, ‘just in case you think I like everything, that place has some of the worst food ever’. Gold recognises that one of the most important aspects of a critic is to not elevate the trash of the world, but to celebrate what is good. This is not to say that negative reviews weren’t here or there, and when they existed, they weren’t demeaning or derogatory, instead being treated with the same respect that would come from a positive review. However, there are hundreds of different restaurants in Los Angeles, what use is the point of writing a negative review when that is time and space that could have been dedicated to elevating something good? Isn’t the point of a critic to point out the importance or relevance of a certain thing?

Given the wealth of different foods that exist in LA alone, Gold saw that it was even more important to understand the country where certain dishes came from. While eating thirty dishes that represent one country will never give the same taste and experience as actually being in that country, they at least help paint a picture of that countries history. Gold made sure to study up on the origins of dishes, and used that knowledge to appreciate the dish further, and in turn, to enlighten his readers even more as to why such a dish is important. This distinction alone is what makes the presence of a critic in society worthwhile and necessary, making it enough to lament the decline of paid criticism around the world.

This informed perspective that is applied to criticism – whether it be film, music, food, art, or literally anything else – is what makes the welcome arrogance of criticism so pleasing. There’s comfort in reading or engaging with someone who knows the material their engaging with well, and can use that wealth of knowledge to craft a beautifully written piece of criticism. Jonathan Gold poured out 150,000 words of criticism and writing a year – a mammoth task for anyone, and certainly an overwhelming figure that makes the regular humble critic like myself tremble (here I am sitting with a mere 35,000 words for the year so far) – and while each review may not have held the same value as the last, they were all written with a respect and understanding of what makes food important. The relevance of food is an open door to appreciating different cultures, and Jonathan Gold was the person holding the door open for everyone, ushering new person after new person in just so they could appreciate what delights were on offer. 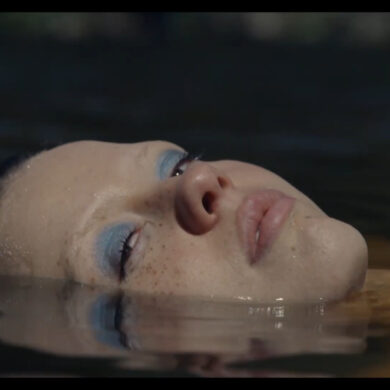