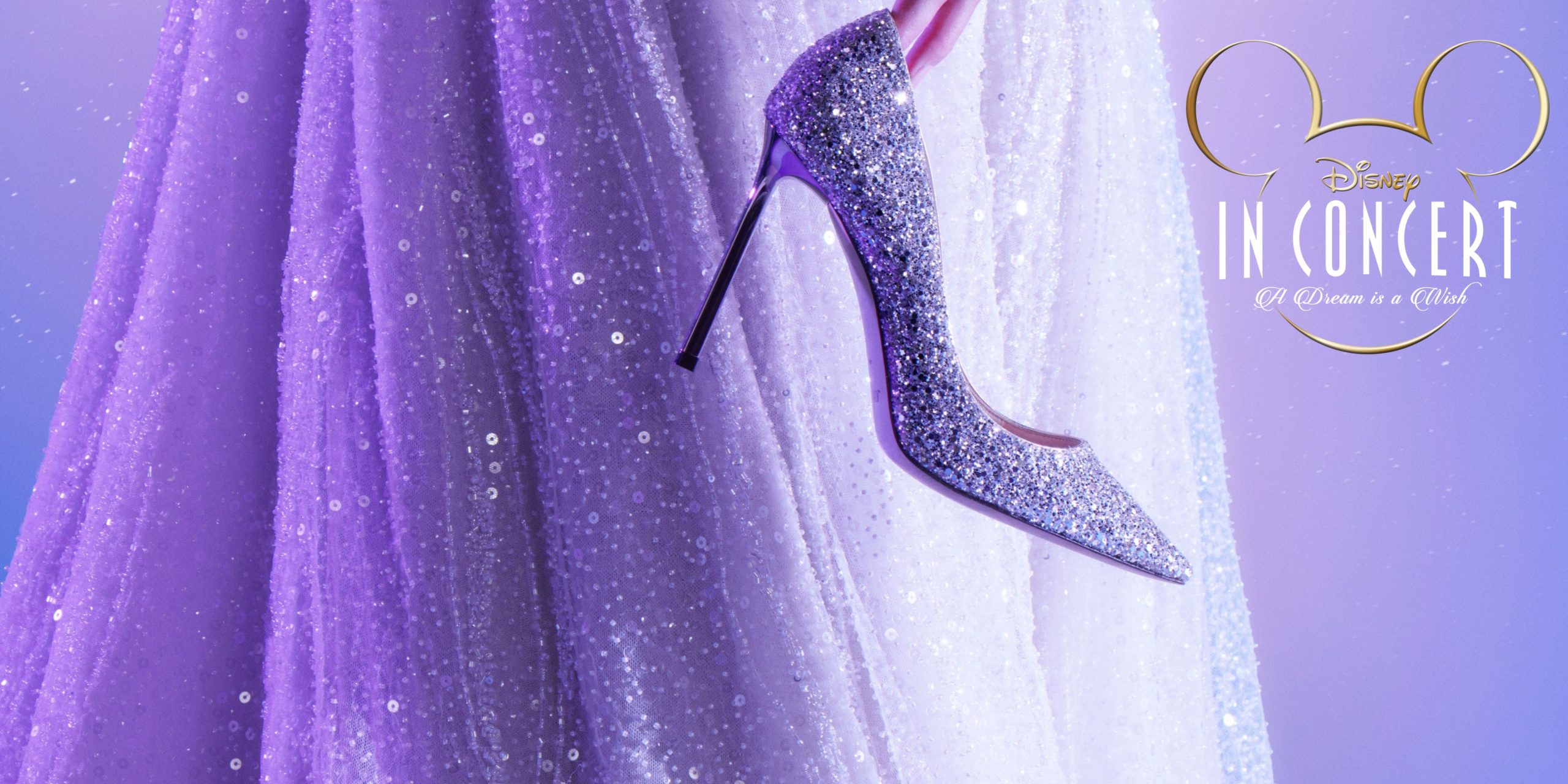 Disney in Concert: A Dream is a Wish Interview with Amy Manford and Genevieve McCarthy (MM Creative Productions)

Disney in Concert: A Dream is a Wish will have its Australian premiere at The Riverside Theatre, Perth Convention & Exhibition Centre, with three exclusive performances on October 29 and 30, 2021.

Brought to you by MM Creative Productions, Perth’s newest female-led production company founded by Amy Manford and Genevieve McCarthy, the concert will bring to life the sweeping scores from Disney films new and old, offering a multi-generational experience suitable for children, parents and grandparents alike. Set to a backdrop of original Disney footage, the two-act concert will feature more recent hits from Moana and Frozen, while simultaneously transporting audiences back in time with nostalgic tunes from classics such as Cinderella, Aladdin, Beauty & The Beast and The Little Mermaid.

Amy Manford and Genevieve McCarthy talk about the honour of bringing the majesty of Disney music to Perth with the Western Australian Symphony Orchestra, as led by the incredible Jessica Gethin.

It was an idea that we had mulled over on and off for a few years, but it always felt out of reach whilst we were living in London. And then the Covd-19 pandemic struck and we both found ourselves back home In Perth for the first time in years, with a lot of free time on our hands. With theatres closed worldwide, and most of our work lost, we decided that if we were going to work in 2020 we were going to have to create performance opportunities for ourselves – and so MM Creative Productions was born.  Five short weeks later we put on our first concert, The Magical Music of Animation, at the Perth Concert Hall with the West Coast Philharmonic.  We got in touch with Disney who were so wonderfully supportive and granted us the rights to perform a handful of their orchestrations. The concert was baptism by fire, but we just adored the whole process. After creating such a lovely working relationship with Disney, it felt natural to work with them again on a much grander scale with Disney in Concert: A Dream is a Wish.

We feel incredibly privileged and grateful that Disney has entrusted their incredible scores and brand to MM Creative Productions. In terms of experience, yes we are a green production company, but we both have such ambition, passion and enthusiasm to make this concert a success. We think this energy shone through and Disney felt comfortable granting us the rights to bring A Dream is a Wish to Australian audiences for the very first time. We still can’t believe we have had the opportunity to partner up with an organisation that we have admired for so many years.

We have been lucky enough to work closely with the Disney team to curate what we think is a really wonderful, diverse and exciting program. It features both classic and contemporary Disney hits and beautifully showcases the orchestra. Every single one of Disney’s famous orchestrations are stunning, so it was hard to pick our favourites but we think we have settled on a wonderful program.

AM: a favourite for me would have to be “A Dream is a Wish Your Heart Makes”.

GM: I am so excited to bring Moana’s “How Far I’ll Go” to life

What has been most challenging is finding the balance between bringing our own personalities and musical flair to the songs, whilst always honouring the original orchestrations and the interpretations that you all know and love from the original Disney films. We think we have managed to strike the perfect balance and hope our audience agrees.

Once we obtained the rights to bring Disney in Concert to Perth it was very clear to us that we wanted WASO on board to bring the scores to life. We feel incredibly honoured that they accepted the invitation. And then to have Jessica Gethin on board as our conductor is the icing on the cake. Jessica is an incredible talent and brings a warmth and creative energy to the project that is second to none.

To be totally frank, the arts scene worldwide has been absolutely decimated by Covid-19. We were some of the first businesses to close down and it looks like we will be the last to come back in any real way. Amy, for example, has lost two large contracts with Opera Australia and her time in Phantom of the Opera in Athens was cut short. While we have managed to come through the otherside somewhat unscathed and to use our down time productively, this has not been the case for so many of our colleagues and friends. We will be on tenterhooks the weeks leading up to the concert, praying that a lockdown doesn’t call an end to it all. If it does, there really isn’t any support on offer for young arts organisations like ours, which is really unfortunate.

London is such a theatre hub! The arts scene is ingrained in peoples way of life in the UK and because of this there is such a diverse range of productions on offer at any one time on, and off, the West End. We have both seen some incredible works over there ranging from major productions at the National Theatre to workshops of brand new musicals in warehouse spaces. Both as fabulous and inspiring as the other. In Perth, we have a thriving arts community, it is just on a slightly smaller scale. But it is just as thrilling to be part of. With the right funding and support, it will continue to blossom.

We must admit, nothing beats the reception of a home town audience

I actually started my performing career at the age of 9 when I won the role of Little Cosette in the 10th Anniversary Australian Tour of Les Miserables! I lined up for hours for my chance to sing for the panel and landing that role really shaped the next few years of my life. I went on to appear in The Sound of Music (GFO), Annie (WASO), in the children’s chorus of WA Opera and in the TV series Parallax. It was only after graduating high school, that I took a career detour and went to Law School. After five years at university, I worked as a lawyer at an international law firm for a few years. I had one of those movie moments one day at work when I realised just how much I missed performing, and quit right there on the spot. I packed my bags three weeks later and moved to London to study my Masters in Music Theatre at the Royal Academy of Music in London…and the rest is history! Whilst I am so grateful to be back working as an actor and to fulfil my childhood dream of performing on the London stage, my career as a lawyer has been really handy during these formative years of MM Creative Productions. We are able to manage all of our contractual negotiations and other legal matters in-house, which has saved us lots of time and money

My formal vocal training started here in Perth at the West Australian Academy of Performing Arts. After graduating with a Bachelor of Music, I moved over to London to commence my Masters at the Royal College of Music. RCM is located right next door to the incredible Royal Albert Hall and it was the most amazing experience to be able to walk the halls of that incredible building everyday and to learn from some of the finest vocal coaches in the world. It’s because of the training I received at RCM that I landed my first West End gig as Christine Daaé in Andrew Lloyd Webber’s original production of Phantom of the Opera, before graduating.

We have lots of exciting ideas in the pipeline, but we hope to expand into semi-staged musicals for our next big project. We are inspired by the incredible productions we’ve seen at London’s Cadogan Hall and the Lincoln Centre in New York, and we can’t wait to bring this concert style of production to Perth. Our real passion is performing with an orchestra and bringing music theatre scores to life with a full, sweeping, symphonic orchestra just as the composer intended!  We would love to open our next season with a Sondheim classic.

DISNEY IN CONCERT: A DREAM IS A WISH

Tickets On Sale – Wednesday July 28, 9am 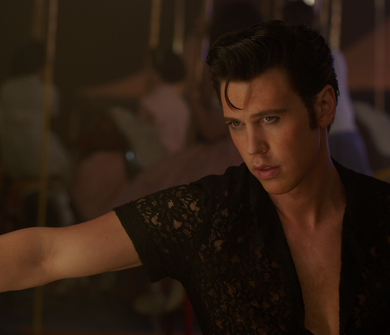