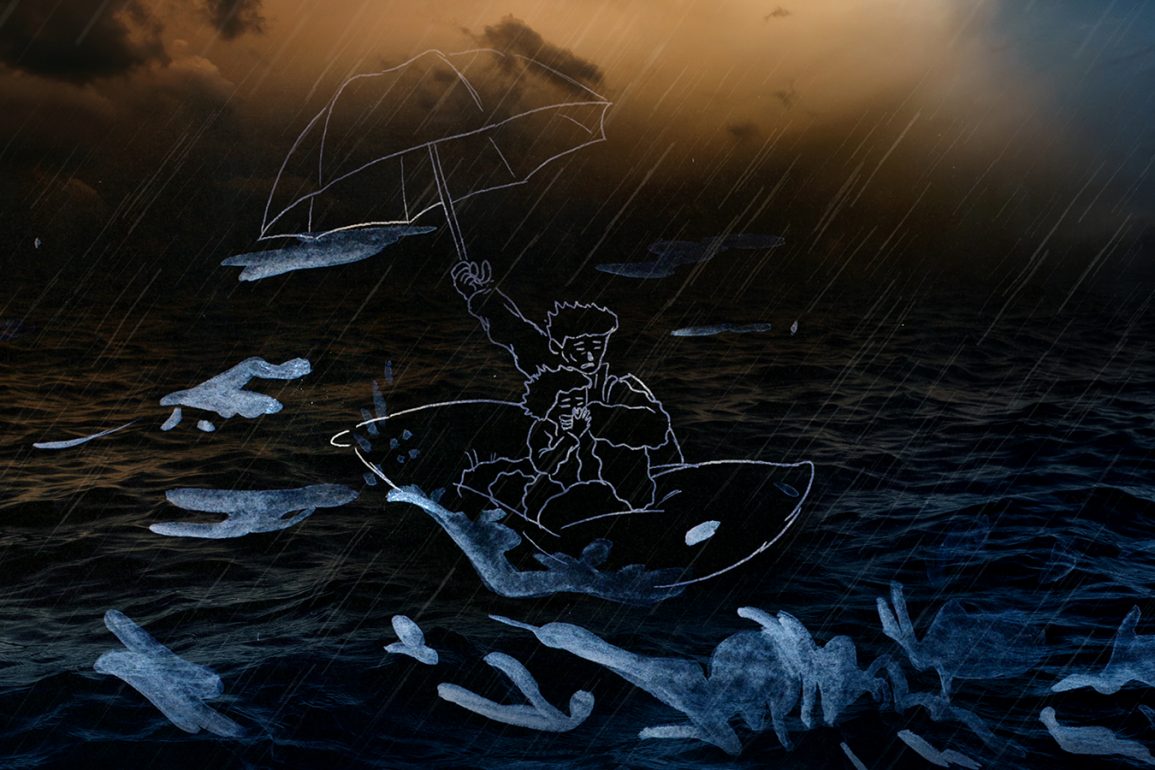 Each year brings new short films that push the format of filmmaking into powerful, important directions. Alongside The Moogai, The Recordist, and Two Sands, is the searing and devastating documentary short film Freedom Swimmer. Utilising animation to re-enact the story of a grandfather making the dangerous and deadly swim from China to Hong Kong in search for his granddaughter’s freedom, Freedom Swimmer manages to utilise the language of cinema to tell a truly human and timely story.

Olivia: I think all too often we look at immediate events and make quick judgements from these. Our social media culture seems to exacerbate this with even faster stories swamping us which we are encouraged to like or dislike within seconds.

Having lived in China and spent time interviewing lots of families for my previous film ChinaLove, I came to really focus on the unbelievable recent history of China and how this has shaped so much of where it is heading now.

I guess on a microcosmic level – I have a personal interest in how we can understand ourselves and the people around us by listening to the stories of our lineage.

Olivia: The pandemic really set some significant limitations. Also, we worked really hard to make sure all Hong Kong voices and collaborators were kept anonymous. Originally it was going to all be shot in Hong Kong and literally within a week or two of flying there the pandemic hit. We were really lucky to find Agnes and the team at Sacrebleu in France to help us animate the stories of the grandfather’s past. The documentary material demonstrates the parallels and poetry of the story from past to present but ties it to truth. The journey to find the right documentary material of past and present was extensive and involved many months of searching and refinement.

Olivia: I guess maybe that has been a motivation in my projects to date. To look at what is behind events. When I started chatting to people around me in Hong Kong, as the building of the protests began in 2019, I noticed parallel language used from the youth around me as the elderly freedom swimmers. There is a weight to the concept of freedom in Hong Kong that is hard to understand without putting it in perspective with the history of the city.

Olivia: This was really important to achieve for us. The people who told us the stories in the film wanted to tell their stories but feared the consequences. So, this was a way that the stories could be circulated without retribution. After the interviews were conducted there was a process of refinement for clarity and impact, which took months. We also had a very patient and talented editor and we worked hard at finding ways to connect the different mediums together.

Olivia: Agnes is such a talented artist. I saw her film “And the Bear” and was immediately taken with the way she paints her work out of the darkness rather than from a white page. A lot of the stories we were dealing with were journeys in the dark. China didn’t have much electricity at that time, and they were moving in darkness – following the neon lights across the water of Hong Kong. Also, the protestors dressed in black – so they could be masked in a sea of black. We had a script that Agnes worked to and provided Agnes with a lot of historical reference imagery and information for elements of the story to be captured in her animation. We also had determined what the archive footage would be before Agnes commenced the animation, in this way she could draw from it to unify the story.

Brooke: As a producer the stories that grab me are universal, unique, authentic and ones that I consider will resonate not just in the short term but also over time. I have been fortunate enough to work with passionate director’s who are on the forefront of some of the most important topics of our generation and bring with them not just the stories but also a connection to them that runs deep. Also, for me, my background in Fine Arts, Theatre Arts, Cultural Studies and Law has helped me to take a big picture perspective of where we are as a society and consider what may be the changing paradigms of existence as we move forward. This in turn informs the stories that I think are relevant to humanity’s development.

Brooke: I suppose the potential extraterritoriality of the law is demonstrative of our current global culture and is reflected in the making of the production itself.  It was truly a global production with collaborators across Hong Kong, Australia, France and the UK. We were connecting daily using Skype, Zoom or email while some were about to go to bed and others just waking. As storytellers we want to be at the forefront of history and our experience. In 2019 and 2020 the situation in Hong Kong was the headline. Both of us know that what you see on the news is one perspective, there is a lot of subtlety and nuance to a lot of the global situations we see play out in front of us. For us, we wanted to understand what is behind the news headlines, what the human truth and experience is. We specifically created this story for a Western audience because we understood that there are a lot of unknowns about the situation. There were voices from Hong Kong who really wanted to share their story, not just of what was going on in the immediate time but how the situation now was informed over generations. In making it known to a Western audience (or an audience generally), there can be more empathy and understanding which in turn we would hope leads to more unification rather than division.

Olivia: I am glad that stood out to you because it was a line I heard a few times during the interviews – and felt we had to get it in the film. I felt it gave some insight into what it takes to flee your home. The next thing he said (which we had to cut) was “ the more you have the more afraid you are”. I think it is really hard for us to empathise with people who are displaced and perhaps he is right – those of us who are more privileged also live with a lot more fear and because of that, less empathy.

Olivia: We had a wonderful production designer who really researched and tried to replicate the rooms we had been sitting in – in Hong Kong. We were not able to go back to Hong Kong but we tried to rebuild that world. The colour palette and the objects in the room came from the props and costume designer’s family (who had emigrated from Hong Kong). The green that was used was emblematic of the houses we knew in Hong Kong but also had a touch of the palette of the film Amélie. We considered, given the French connection in making the film, that the use of the green was something we were comfortable leaning into.

Olivia: I think to empathise and think about what it takes to flee your country. For those I spoke to –they said that living in the place they were was the same as dying – so swimming across the night sea was the best option, even though so many didn’t make it.

How can we find ways of circumventing our fears, empathising and finding better solutions for this crisis? 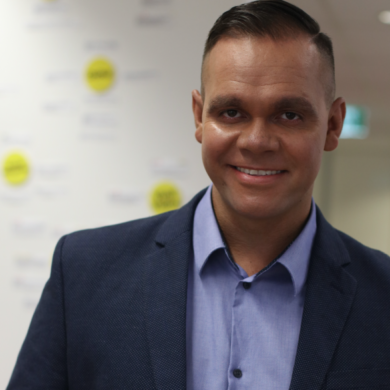