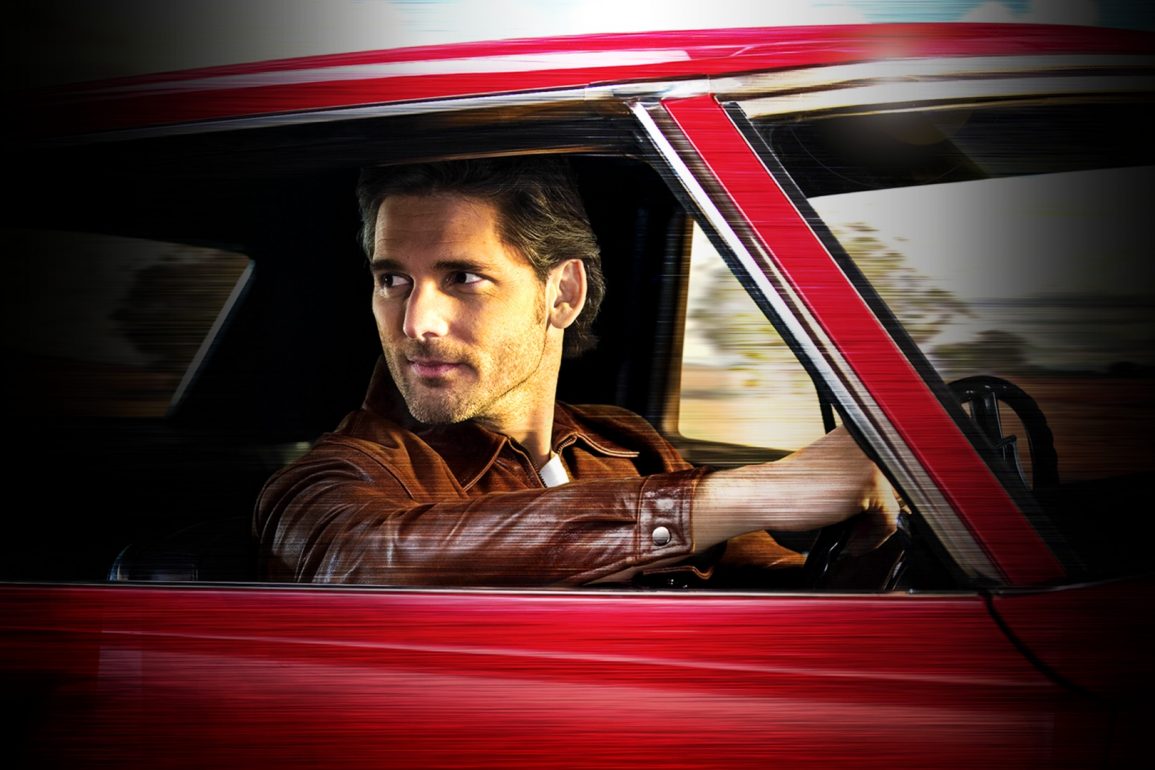 From Munich to Chopper, These Are Five of the Best Eric Bana Films

For nineties kids, Eric Bana will be forever known as the revhead, mullet wearing, car loving bogan, Poida, or the kickboxing loving boyfriend in The Castle. For folks around the world, he might be known at the Hulk, Dirty John, or Hector in Troy. But, for anyone who knows Bana’s career best, he will forever be known for his spot-on performance as Mark Brandon ‘Chopper’ Read in Andrew Dominik’s searing debut feature, Chopper.

With a career that encompasses films from Hollywood greats like Steven Spielberg, Ridley Scott, Ang Lee, Curtis Hanson, and Judd Apatow, we celebrate the varied filmography of this Aussie icon with five of Eric Bana’s greatest films.

Five years after stunning audiences around the world with Chopper, Eric Bana found himself in the lead character, Avner Kaufman, in Steven Spielberg’s darkest film, Munich. Working alongside Daniel Craig, Bana completely immerses himself in the role as a Mossad agent handpicked to lead a mission to assassinate eleven Palestinian’s associated with the deadly attack at the Munich Olympics in 1972. Bana delivers an intense performance that recognises the weight of Avner’s actions, and the importance of the act of retribution for Jewish people around the world.

Standout scene: A tense, unnerving, and emotionally heightened assassination in Rome where Avner and a member of his team assassinate a conspirator. Bana’s nervousness and then immediate composure shows a man in the moment understanding the impact of what he has been tasked to do. By the films end, Avner becomes emotionally fractured and disillusioned with what he has undertaken, experiencing severe PTSD. The act of retribution has done little to mend a broken past, instead further amplifying a divide in the future.

Knee deep in Judd Apatow’s 2007 comedy, Knocked Up, is a scene where a group of drunken friends, lead by Seth Rogan, cheer Eric Bana’s performance in Munich, closing out the scene with the memorable line: ‘if any of us get laid tonight, it’s because of Eric Bana in Munich’. Apatow’s keen appreciation for comedy would have lead him to Bana’s early career in comedy, ultimately culminating in Bana being cast in the 2009 Adam Sandler comedy, Funny People. Aussie actors are often required to dull down the strine when they head over to the land of the Yanks, but in Funny People, Bana’s able to lean into his Aussie accent as Clarke, delivering a character that has some of the funniest and best scenes in the film, especially with Leslie Mann mocking Clarke’s accent.

Standout scene: If there’s one thing that Eric Bana loves more than cars (see next entry), it’s his beloved footy team, the St Kilda Football Club. In possibly the funniest scene in the film (for Australians, at least), Clarke explains to a dumbfounded audience the rules and actions of Aussie Rules Football, explaining that ‘it doesn’t matter if you’re a small fucker, or a big fucker, you can play this game’. As we see time and time again, Bana’s performances shine the most when he relishes the chance to play a larger than life character, and there’s nothing larger than life than an Australian, in America, trying to explain Aussie Rules to Americans.

Car culture is in Eric Bana’s blood – after all, Poida is quite literally a character drawn from Bana’s own life experiences – so it was an utter delight to see his love for his first car, a Ford XB Falcon Coupe, called ‘The Beast’, in the documentary Love the Beast. Bana is at his most genuine self here, opening up about the importance of being a self-confessed petrol head, and the thrill and exhilaration of being on the open road in a souped up car. Love the Beast presents the stunning forest region of Tasmania with impressive velocity, as Bana takes on one of the most dangerous races in the world, the Targa Tasmania.

Standout scene: Living the dream, Bana and his navigator zip through the thin roads of the Tasmanian bush in his car. Combined together, a tight corner, failing to brake suddenly, and the rapid speed they’re going, Bana’s car lurches into the forest, slamming into a tree. Thankfully, he and his navigator walk away unharmed, but the impact of the in-cab visuals and subsequent audio of his daughter sending him a message about his crash, leave a searing mark about the level of devastation that can come with high octane car racing. It makes sense then, that years later Bana would provide the excited and energised narration to the equally thrilling documentary by Dylan River, Finke: There and Back. One can only hope that Bana gets to play in a Fast and Furious style film in the future.

Robert Connolly’s masterwork, The Dry, translates the desperate and dark narrative of Jane Harper’s text into an overwhelmingly powerful film. Paired with Eric Bana, who delivers one of the grandest and greatest performances of his career, this is simply one of the best Australian films around. Bana’s performance as Aaron Falk, a detective returning to his hometown to get to the bottom of a horrifying crime of a possible murder-suicide by his childhood friend, is keenly informed by his own past. It’s easy to see the thrill-seeking excitement of cars, drinking, and danger, within Aaron, shimmering as a shadow in his eyes. He’s older now, matured and changed as a person, but the manner of the reflective storytelling within The Dry allows him to revisit his youth, recognising who he once was as a person. Bana’s performance is quietly internalised here, a lived-in portrayal of someone who has gone through intense tragedy and trauma.

Standout scene: An early moment in The Dry has Aaron and young police officer, Greg (Keir O’Donnell) being guided through the murder scene where his friends wife and child were slain. Greg struggles with the tragedy that has taken place here, moving through the house with visible pain as he recalls the images of their slain bodies. Bana’s give Aaron a level of empathy that is tinged with the steadfast understanding that they’re both there to do a job. Pain and grief can be addressed later, as Aaron supports Greg’s obvious trauma with the slightest of words that let him know that he’s been down this path before and knows what he is feeling.

No matter what work Eric Bana does in the future, his most notable and stunning performance will forever be that of Mark Brandon ‘Chopper’ Read in Andrew Dominik’s Chopper. The recent remaster and re-release of this iconically Australian film comes with a bonus short feature played before the film, showcasing Bana and Dominik’s visit to Chopper in Tasmania. Together, Bana and Chopper feed off each other, learning from each others past. There’s a clear level of admiration for Bana from Chopper himself, and yet, as Chopper explains how he brutally murdered a fellow prisoner with a set of pliers, holding Bana’s head close as he re-enacts the act, the level of fear and admiration that Bana has for Chopper feels equally tangible. In that moment, we see Bana’s realisation of what he needs to do to portray the famed criminal, and as we hear Chopper talk, and then moments later see Bana as Chopper, uttering the same ocker drawl and colloquialisms, we witness the two of them merge together into the same being.

Standout scene: It has to be Chopper’s visit to Neville Bartos’ house, politely requesting money, and when denied, resorting to violence. Here, we witness the masterful balance of comedy, darkness, horror, and violence, as Chopper sways from endearing, to threatening, to friendly, to charming, to deadly, all in the same breath. There’s a reason Eric Bana’s performance here is recognised as one of the greatest performances ever, and it’s because of his keen understanding of what made Mark Brandon ‘Chopper’ Read tick, how the world he lived in operated, and how he saw the world as a whole. This scene is utterly hilarious, immediately iconic, and devastatingly horrific at the same time. There will never be another film like Chopper.