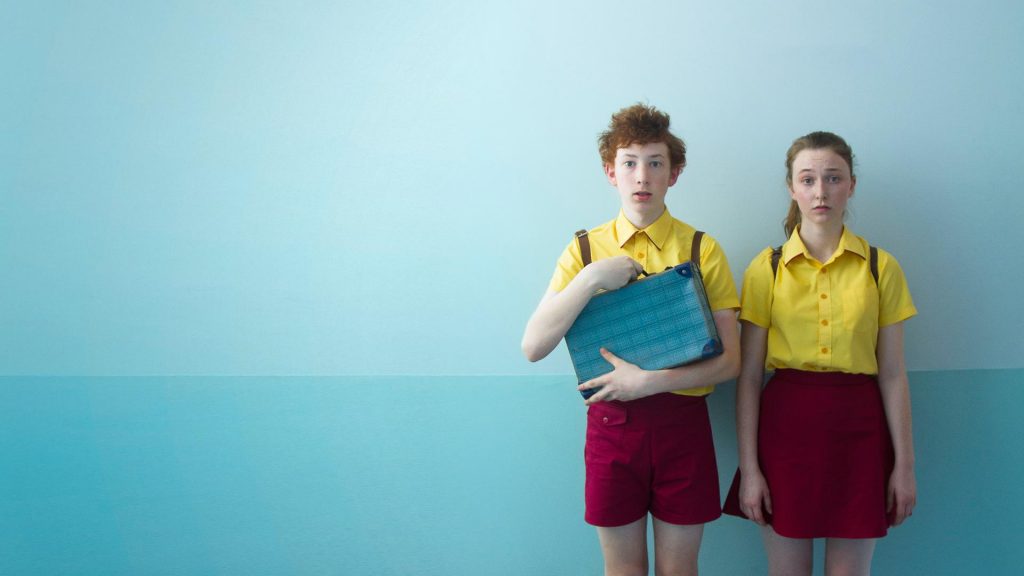 One of the ‘classic tales’ that exists in the world of cinema, is that of the young girl who stumbles upon a mystical world that displays a mirrored version of her own. Whether it be Dorothy being transported to the world of Oz with its munchkins and witches in The Wizard of Oz, or Chihiro’s moving house within Spirited Away, different cultures around the world have utilised this motif as a way of telling an allegorical tale. For the most part, this type of story has been missing within the pantheon of Australian cinema. That is, until now.

Girl Asleep is an adaptation of the successful stage play which focuses on the story of Greta (Bethany Whitmore) as she settles in to her new school and tries to adjust to life as a growing teenager. Directed by first time director, Rosemary Myers, Girl Asleep feels like it’s straight out of the Sundance Film Festival ‘Guide to Make a Quirky Film’ handbook – and that’s not an entirely bad thing.

We meet Greta as she sits alone on a bench in her schools playground. As the lunchtime shenanigans of people playing basketball and generally mucking about goes on around her, Greta makes no moves to attempt to join in. She’s soon joined on her bench by Elliott (Harrison Feldman), an awkward kid who sees the solitary Greta for who she is – someone who appreciates living life as an introvert. A conversation sparks up, and before you know it, Greta and Elliot are best friends.

Through its exceptionally short run time of 77 minutes, Girl Asleep mashes in as many high-school elements as possible – the ‘attractive’ group of girls who are bullies and smoke in the toilets, the hunky boy who can dance like you wouldn’t believe, the over-eager parents who want to try and mould Greta into the girl who they think she should be. In a world of overlong films, it’s nice to see a short film that attempts to get to the point straight away, monopolising on audiences awareness of the stereotypes it’s displaying. However, at such a short length, it feels overstuffed with elements that go nowhere.

For example, the bullying girls exist simply to make Greta feel bad at a latter point of the film. Unfortunately, they’re never fleshed out into real characters – instead coming across like the stage based characters they initially were, grand theatrics and all. Sure, we can see that they aren’t nice people to begin with, but as a plot device they are superfluous and unnecessary.

There is a lot of intended subtext within Girl Asleep that could have been focused down on the core concept – that of a girl who is coming to grips with growing up at a point where she may not be entirely ready. The extraneous characters simply muddle what is an interesting story, further confusing the fantastical elements within the third act. By removing some of these characters, or in fact, adding another fifteen minutes on, the intended context of the fantasy moments could have been more evident.

The personality shines mostly through the costume design and core performances from Bethany Whitmore and Harrison Feldman. For the most part, the set design and costumes overshadow the story, making it a case of style over substance. Yet, Whitmore and Feldman’s chemistry elevates the film above being just a run of the mill quirky high school film. The film feels lacking when the two aren’t on screen together. Whitmore in particular is superb as Greta, owning her scenes entirely and fully committing to Greta’s journey – subsequently lifting the film up in the weaker third act. Feldman is equally great in his first on screen role, bringing a level of humanity to the ‘best-friend/wannabe boyfriend’ stereotype that is often missing from that role.

There is a lot to admire within Girl Asleep – the direction is solid, the core performances are great, the set design looks wonderful. However, unfortunately the extraneous characters lets down what could have been a truly great film. By cramming as much as possible into a short run time, it never feels fleshed out enough to rise above the generic stereotypes laid upon those peripheral characters. Hopefully this will find a cult audience who will appreciate its quirks a lot more than I ever could. As it is, I can only admire Girl Asleep for its honourable intentions, applauding where it succeeds and forgetting where it stumbles.