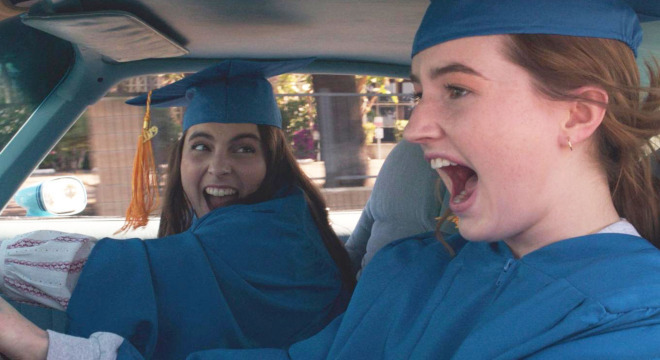 Over the past few years, the wealth of teen girl focused comedies has been going into overdrive. With everything from Edge of Seventeen, to Easy A, to Lady Bird, to Blockers, the quality has been top shelf, premium material. So it’s with great pleasure to say that the latest in the line of these high school girl comedies is not only a genuine treat of a film, but arguably the finest of the bunch. Yep, Olivia Wilde’s debut film Booksmart is just about the best comedy of 2019, and, once this year is done and dusted, it’ll likely be the film I’ll be returning to most frequently.

Booksmart follows two high school seniors, Amy (Kaitlyn Dever) and Molly (Beanie Feldstein), as they celebrate the end of school and the beginning of their college lives. Both are dedicated students, focusing completely on their academic achievements with the hope of getting into the most prestigious college, having completely avoided all parties and ‘fun’ that would have distracted them for their goal. After Molly overhears the partying-type students talking about her and her lack of ‘fun’, she confronts them, berating them for their lives of leisure, telling them how she got into Yale and they didn’t. It’s a prime assumption that’s thrown out immediately when the other students retort with the prestigious colleges they got into themselves. Realising that they could have had both the study life and the party life, Molly and Amy vow to have one night of partying debauchery to send off the year.

Look, let’s get something out of the way about Booksmart before we jump into why this film is excellent – in the age of ‘wokeness’, there is a plethora of reasons to throw Booksmart out the window: everyone is privileged, there’s little to no conflict, and, after the Aunt Becky college scandal, it’s arguably a little bit difficult to care about wealthy kids getting into wealthy colleges. I’m certain there’s a truck load more that can be said about Booksmart that nit-picks it out of existence, rejecting all the glorious fun that comes with the central heartwarming friendship, but you know what, fuck that.

Even with heavy reliance on the well-trodden tropes that come with the subgenre of ‘one night on the town’ flicks – with everything from ending up at wrong parties, to unexpected psychedelic consumption, to run-in’s with police, to ‘I am a golden God’ dives into pools – Booksmart becomes its own beautiful entity, a wonderfully optimistic film, free of judgement, and full of heart. The core friendship between Amy and Molly is so pure that it can’t help but be aspirational. The way they both encourage each other with their endeavours is joyous and is the core basis why these characters simply work – they feel real and like they have had a wealth of life experience before we meet them. Beanie Feldstein was already a treat in Lady Bird, but given the chance to lead a film like this, she simply shines. When paired with the ever enjoyable Kaitlyn Dever – who gives a performance here that almost works as a reminder to all the directors she’s worked with before that her superb talent has been wasted up til now – the two give one of the great modern comedy duo performances.

The supporting cast is also great, with superb cameos from Jason Sudeikis, Lisa Kudrow, and Will Forte. Also commendable is Noah Galvin as a theatre obsessed student whose idea of a wind-down party is a murder mystery event that overtakes his parents house – a perfect throwaway gag has his family relegated to the kitchen, sitting in silence so they don’t interrupt his well-planned event. Billie Lourd’s airy Gigi is a delight to watch, with her presence throughout the film working as a brief moment of heightened levity. But my favourite would have to be Skyler Gisondo’s Jared – a hyper-wealthy trust fund kid who is so earnest and eager to be liked and part of everyone’s life that he can’t help but push everyone away. Skyler’s performance is superb, getting the right balance of eagerness right and ensuring that Jared never falls into the ‘annoying rich kid’ realm.

Booksmart is so perfectly written, so perfectly performed, and so wonderfully earnest with its intention to provide joy to the audience, that you can’t help but leave feeling lighter than you went in. To call it one of the best films of the year feels like an understatement. This is the exact kind of film that fits into the ‘slap down’ category for me – meaning, the sort that you buy on DVD, and when you find out that someone hasn’t seen it, you rush off to pick up your copy and slap it down on the table in front of them and demand they watch it right away. I love Booksmart, and I sure as heck hope you do too, because darn it, we need more films like this. 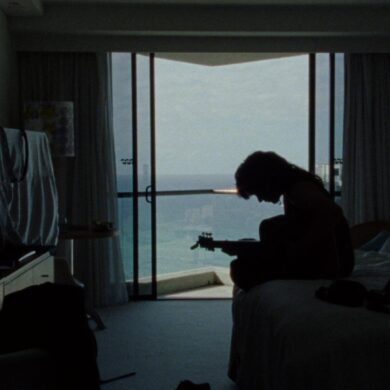