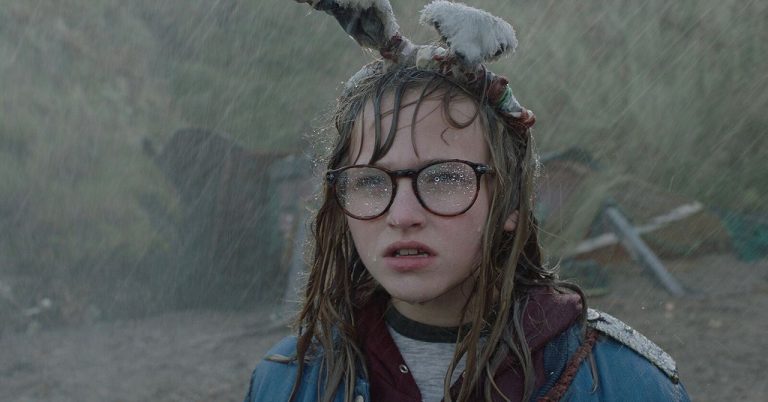 I am generally an optimist. I try to find around a way around the negatives by focusing on the positives, but, as most of you would probably know, that is not always possible. Having said that, the first thing I need to say about the film I Kill Giants is – It pissed me off.

I love fantasy films. Lord of the Rings for me was amazing. John Carter was great. The Labyrinth was awesome and the one Tim Burton movie I like – Sleepy Hollow – is one of my favourites. So, having no knowledge of the graphic novel (I Kill Giants by Joe Kelly and Ken Niimura), when I laid eyes on an action packed trailer about a little girl who slays giants to protect her town, I was naturally excited. It looked great and I couldn’t wait. But after watching the film I realised that everything the trailer had made me feel, was false. The movie was not what the trailer had made it appear to be, which is so often the case with trailers, really annoyed me. It’s similar to when you watch a comedy because the trailer was hilarious, but they just put all of the funny bits in the trailer and the rest of it was boring.

That was about the only negative of I Kill Giants and for me it was a pretty big one. If the film had been marketed correctly I maybe would have enjoyed the feature more than I did. Here I was expecting an action fantasy film but that was definitely not what I got.

The film itself is about a young girl named Barbara (Madison Wolfe). Barbara has no real friends, she is bullied at school because of her behaviour, she lives at home with her older sister (Imogen Poots), and has an interesting secret. She Kills Giants. She gradually makes a friend in the schools new girl Sophia (Sydney Wade) and is constantly hassled by Mrs. Molle (Zoe Saldana), the school councillor. As a danger lurks nearer, tensions rise and Barbara’s relationships are tested.

Madison Wolfe does a great job in portraying Barbara. She has a kind of awkward quirkiness that she brings to the role and it works wonderfully. She is tough, fragile and sad all at once, and it comes across on screen with ease. Imogen Poots as Barbara’s sister Karen also does an amazing job. Karen struggles to help raise her young sister, managing to balance work and her own life, yet also making it look easy. Zoe Saldana is also equally impressive. I have followed her career since her role in Drumline and she hasn’t skipped a beat in this film. Sydney Wade as Barbara’s only friend is also excellent. She is curious and excitable with her characters new surroundings but also frightened at what she begins to learn about Barbara.

The film is not what you expect it to be and in its own way is a good movie. It’s well written by Joe Kelly, competently directed by Anders Walter and acted superbly.