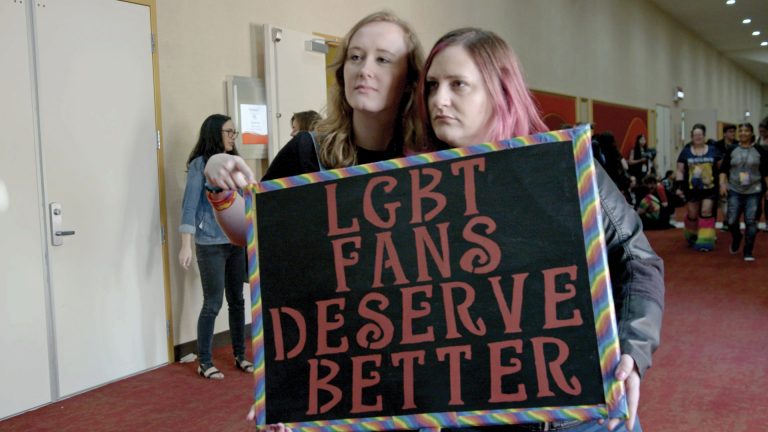 Queer Screen’s 27th Mardi Gras Film Festival (Festival) is set to host several exciting international filmmakers between 13 – 27 February, with many holding masterclasses or participating on panels in addition to participating in Q&A sessions at their screenings. Tickets are now on sale at queerscreen.org.au.

The very first transgender director of colour to compete at the Venice Film Festival, Isabel Sandoval will be in Sydney to present LINGUA FRANCA which chronicles the struggles of Olivia – played by Sandoval – an undocumented Filipina transgender woman who cares for Olga, an elderly Russian grandmother in Brooklyn. Olivia’s search for love, security and a green card takes an unexpected turn following the arrival of an unlikely drifter who also happens to be Olga’s adult grandson and troubled abattoir worker, Alex.


Set against Trump-era immigration anxieties, Lingua Franca is both a sobering and visually mesmerising portrait of just some of the struggles facing the transgender community. Screening Sat Feb 22nd, 6.30pm.

American writer and director Suzanne Guacci’s film T11 INCOMPLETE will have its World Premiere at the festival. It tells the story of a paraplegic lesbian and her carer who is a recovering alcoholic. Suzanne lost her own leg during active service before becoming  a filmmaker.

In the film, recovering alcoholic Kate (Karen Sillas, Female Perversions) is working as a home health aide striving to rebuild her life and her relationship with her adult son (Zachary Booth, After Louie QSFF17) who now has a child of his own. Laura (Kristen Renton from Sons of Anarchy) is a fiercely independent paraplegic who is fighting her own demons. When circumstances bring the two together they find commonality in their struggles that may go beyond what they are ready for.


The hallmark of this film is that both cast and crew are comprised of people who identify with disability, helping to deliver an authentic, romantic and heartfelt character study about people striving to be better. Screening Thu Feb 20 6:30pm

Director Omar Zúñiga returns with the feature-length version of his Teddy Award winning short film San Cristóbal which swept audiences away at MGFF 2016, LOS FEURTES, a film about finding the inner strength to be yourself instead of bowing to expectations.

Whilst visiting his sister in a remote town in southern Chile, young architect Lucas meets Antonio, an attractive local fisherman, and their chemistry is instantly palpable.

But when their simmering sexual tension boils over and an intense romance blossoms, both men have major decisions to make as Lucas’ planned move abroad edges ever closer, and Antonio’s dreams closer to home finally appear within grasp. In a town still embedded with the remnants of a conflict long ago, two young men must confront their attraction and own pasts in order to come to terms with the present. Screening Sat Feb 22 6:30 pm

Omar will also host a masterclass in telling personal stories.

CHANGING THE GAME is a multi-award-winning documentary which takes us into the lives of three transgender high school athletes in the US.


Supported by their families, friends, and coaches, but facing discrimination from parents of other children and the media, the film ultimately becomes a striking portrait of three teens chasing their dreams in a world yet to catch up to them. The film won the L.A. Outfest 2019 and Frameline San Francisco International LGBTQ Film Festival 2019 Audience Awards for Best Documentary Feature.

After the screening Queer Screen is hosting a panel discussion: Game Plan: Affirmation and Inclusion in Australian Sport with Beau Newell, National Program Manager at Pride in Sport; trans athlete and pioneer Ricki Coughlan; Merrilee Barnes, Director of Inclusive Sport at the Australian Sports Commission; and Monique Schafter, Board Member of Twenty10, ABC journalist and Producer of the Well Played project, discussing Changing the Game and the hurdles faced by trans and gender diverse athletes in Australia. Screening: Sun Feb 23 1:00 pm

QUEERING THE SCRIPT takes the audience on a trip down nostalgia lane, through the annals of queer female representation in contemporary television, to showcase the power of LGBTIQ+ fandoms in the media at large.


Centering around ClexaCon (the largest LGBTIQ+ multi-fandom convention in the world), we hear from Xena: Warrior Princess herself, Lucy Lawless; The L Word creator Ilene Chaiken, writers behind shows like Riverdale and The 100, pop-culture and media history experts and figureheads from Autostraddle and GLAAD Media, as well as devoted female fans.

Queering the Script successfully collates an astonishing amount of research and footage to chart the evolution of intersectional queerness on screen and demonstrate the impact of fandoms on the media landscape and their ongoing commitment to creating change and demanding better representation.

After the Australian Premiere screening, we are hosting a panel on The Power of Queer Fandom featuring Danielle Jablonski, Co-Owner and Executive Director of ClexaCon, with other special guests who will explore the influence that queer female fandoms have had on shaping accurate character portrayals. Screening: Sat Feb 15 1:30 pm

Tickets for all films are on sale now including flexi passes to 5 or 10 films. Please visit queerscreen.org.au or the Queer Screen Mardi Gras Film Festival app, or call (02) 9280 1533 to book. Become a Queer Screen member for discounted tickets and priority entry. 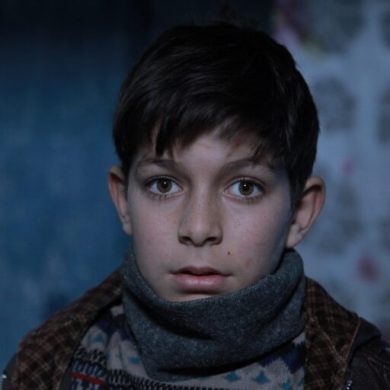