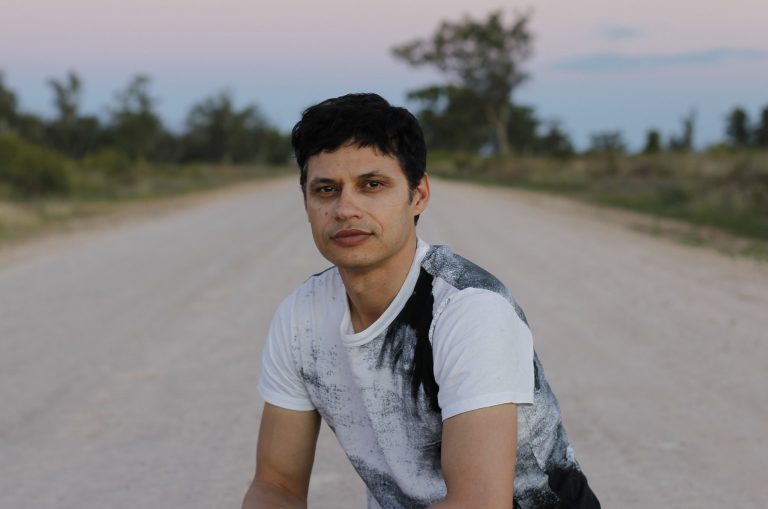 Ivan Sen and Jennifer Kent are Invited to Join the Oscars Academy, but at What Price?

In November of 2018, Thai filmmaker Apichatpong Weerasethakul voiced his frustration with the Academy of Motion Picture Arts and Sciences, stating that he was “(I’m) totally going to quit it”, and that the cost of membership is simply too high. Sure, as a member of the Academy you receive a swathe of DVD’s and screeners, but come the awards season, trying to watch the ever growing pile of films that are received almost unceasingly can be overwhelming and prohibitive. Then, when it comes to voting, does your vote even count enough to have warranted spending hour upon hour watching film after film?

Sure, this seems like a privileged first world problem, but as should be clear to anyone keen on understanding and embracing the arts, culture is an important part of a countries identity, and thanks to the global platform that is the Oscars, it can help amplify stories, issues, and – most importantly – open up the world to a wealth of different cultures. While it’s an American film, it’s clear that without the Oscar award it received, the social awareness that the short Period. End of Sentence. helped foster may have been drastically reduced.

The Academy has been working to diversify their pool of members after the backlash created by April Reign’s campaign #OscarsSoWhite – which, would you believe, kicked off almost five years ago. For 2019, the bundle of possible members marks the first time that the group has reached gender parity, with 421 women being invited to join the group. That in itself is fantastic, and as per Awards Daily, if all of the invited women accept, then it’ll give the Academy a bump from 25% to 32% women members. Fantastic.

In the group of 842 invitees is a troupe of Aussie talent, including directors Jennifer Kent and Ivan Sen, composer Jed Kurzel, producer Liz Watts, production designer Fiona Crombie, and a lot more people. In 2018, the list of invited Australians included should-be-Oscar-nominee Warwick Thornton, actual Oscar nominee Josh Lawson, directors Nash Edgerton and Rachel Perkins, and actress Elizabeth Debicki. A big if, but if these Australians all accepted, then they would theoretically help strengthen the voice and the vote for Australian films in the Academy.

While it’s great to see Indigenous filmmakers being recognised by the Academy and being invited to join an ever-growing illustrious group of filmmakers from around the world, what exactly does it mean for Australian films to have Australian voters added into the Academy? Does it actually impact the possible reach of Australian films, and will it actually increase Australia’s Oscar nomination chances? When it comes to the International Feature Film Award (previously the Foreign Language Film Award), the process of getting a film nominated in that area is restricted to American based attendees, making international votes difficult. I wrote up a piece about how a film gets nominated for the award here. So, while Tanna became the first Australian film to be nominated for the International Feature Film Award, it did so due to American based voters and not due to a contingent of Australian voters getting behind it.

With that said, it’s worthwhile noting that while an influx of Australian voters into the Academy looks great on paper, it’s unlikely that it will have a broader impact on the overall voting for Australian films. This is due to members being allocated into their ‘most applicable’ vocation field. The best example of this is Lady Gaga’s invite – she has been invited to join either the Actress branch, or the Best Song branch, but she cannot join both. Whichever branch Lady Gaga joins means that she will then be able to nominate her choices for that particular field. When all of the branches have voted, and those votes have been tabulated, then the nominees are presented and all of the members can vote for all of the categories. So, while it’s great to see Warwick Thornton, Rachel Perkins, and Ivan Sen, all being invited to join the directors branch, it’s clear that having all three there isn’t going to be enough to get Warwick Thornton a nomination for Sweet Country.

On top of this, for an Australian film to be nominated, it becomes even more important that said film gets a theatrical release in America for it to even be considered. The field of Australians winning or being nominated becomes more expansive when you take into account the fact that the majority of them are being nominated for non-Australian films. If you take a glance at the Wikipedia entry for Australian Academy Award winners and nominees, there’s a fair amount of eyebrow raising questions about who is actually Australian, with Wikipedia going to even greater extents than Australian media usually does to make anyone who has stepped foot in Australia an Australian (here’s looking at you Tom Hooper).

Sure, Australian films like Mad Max: Fury Road, Babe, Moulin Rouge!, Priscilla, Queen of the Desert, and Animal Kingdom have all garnered worthy nominations and wins, but it’s in the short film categories that Australia’s films featuring Australian content have been most successful, with Suzanne Baker, Adam Elliot, and Shaun Tan all winning awards for Best Animated Short Film, and a few live action and documentary short film nominations as well.

But, does a win or a nomination even guarantee eyes on your film anymore? Well, not entirely. Sure, a nomination might be an unexpected career boost, creating opportunities overseas that maybe aren’t afforded in Australia, but – like a stuck record – they generally come with the caveat that the career boost occurs in the realm of non-Australian films. Take Jackie Weaver for example: Weaver managed to break through a crowded field and garner a much deserved supporting actress nomination for Animal Kingdom. This lead to an extensive second-wind career boost in America, helping her garner a second nomination for her role in Silver Lining’s Playbook. It’s great to see Jackie Weaver appear in American film after American film, with more audiences becoming aware of her brilliant talent, but this exposure isn’t driving viewers to seek out her Australian content. The box office and critical reception for both Last Cab to Darwin and Goldstone was virtually non-existent in America. Yes, it’s not like Weaver was going to light up the box office on her name alone, but one would suspect that her appearance might encourage some curiosity from the arthouse faithful in America.

The WA Made Film Festival Returns with the Biggest Celebration of Locally Made Screen Content Ever Seen in Western Australia!

The recognition that comes from being accepted into an illustrious group like the Academy of Motion Picture Arts and Sciences is notable for sure, and even more so than this, a nomination can be career defining. But, do these awards even matter anymore? And, is the inclusion of Australian artists merely quota filling? What point is their presence in the Academy if the films that they make aren’t even going to be in the conversation come awards consideration time? This isn’t an exclusively Australian issue, with many other countries who have been invited also facing the same difficulty, so my choice to solely focus on Australian filmmakers is – as expected – niche. I say that as my next point is very much a finger pointing one – European and Asian filmmakers have less of a struggle to get their films in front of American eyes than Australian filmmakers do.

So, while it’s nice to know that artists like Warwick Thornton, or make-up artist Rosalina Da Silva, or stunt performer Glenn Boswell, have been invited to join the Academy, one can’t help but ask – to what benefit is it for these filmmakers to have been invited? Will they personally benefit? Unlikely. Will their films or their countries films benefit? Unless they have the name power of a Mel Gibson (Hacksaw Ridge) or Nicole Kidman (Lion), then it’s even more unlikely. With that in mind, what point is it for these Australian artists to drop $AU644 a year on being part of an Academy that will rarely ever reward Australian talent, and even with their presence, the odds are ever against them for their films to even stand a chance?

Yes, a fair reminder that this is a problem that only a select few will have to worry about, but it’s worthwhile considering that there is a price to this privilege, and given how financially stressed the Australian film industry is, it could be a privilege that’s out of reach for many. If it has cost you an extensive bank loan just to get your film in front of audiences – as is the case for many independent filmmakers – then is it fair to add another heaping just to try and get it nominated for an award? This is not to say that the Academy of Motion Picture Arts and Sciences and the AACTA’s don’t deliver worthy services for the industries they represent, it’s just that the cost of entry is possibly too much.

This is a long diatribe about something that the majority of us don’t need to think about, but it’s worthwhile to put context the press releases about who is invited to join the Academy of Motion Picture Arts and Sciences. Representation does matter, and gender equality is important, but at what price? If those who are being invited to join in aren’t going to be represented themselves, then what is the point of their invitation in the first place?