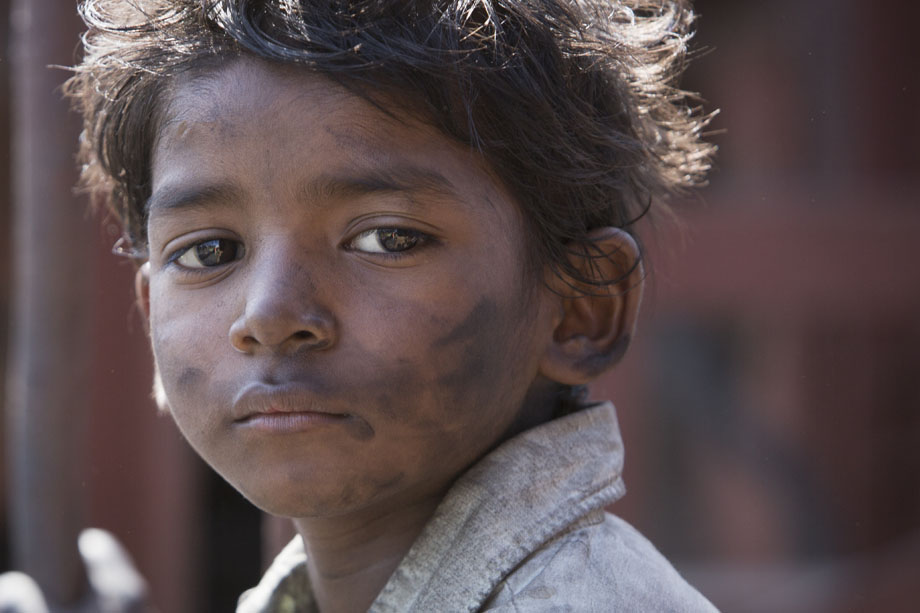 It’s very easy for an inspirational true story to be translated into a film in a very preachy, sentimental manner. Boost the manipulative score at the right moments, implement a voice over to help convey the otherwise unapparent character emotions, close the film with a crowd inspiring speech. Roll credits. These sorts of stories are inspirational for a reason – they’re anomalies within the world at large, going against an often difficult narrative that drives our societies. Think of The Blind Side with its blatant manipulation and bending of the truth with its central white saviour figure. Think of The Pursuit of Happyness with its struggling father figure trying to make the best out of the world for his son.

These are films that all provide the necessary ratio of audience sympathy and involving story, all the while allowing said audience to walk away from the film as if they’ve achieved something by just watching the film. Their consumption of that story can make them feel like they’ve put some good back into the world. That said, the term ‘inspirational true story’ can be one that can put people off from watching a film – as if that term is something that’s only solely relegated to Lifetime movie specials.

With all of that in mind, Garth Davis’ masterful Lion in an inspirational true story about the life of Saroo Brierly, who at five years old is separated from his family and thrown onto a twenty five year long path of yearning to be reunited with his mother, brother and sister. Written by Luke Davies, and based on Saroo Brierly’s book A Long Way Home, Lion is a truly beautiful film about the role of guardians in our lives and the necessity of selflessness.

Both Sunny Pawar and Dev Patel portray Saroo Brierly at different stages of his life. Pawar as five year old Saroo lost in Calcutta, and Patel as the adult Saroo living in Tasmania. It’s rare to find two performances that compliment each other so perfectly, but Pawar and Patel somehow manage to embody Saroo in such a united manner that one can imagine the life lived between their years on screen. Sunny Pawar is a revelation as the young, lost Saroo – a boy thrust onto this journey of searching for his home. Dev Patel delivers a career best performance as adult Saroo, a man who has grown to accept his place amongst the world, even though the pain of having been taken away from his family still remains.

In a latter scene, Patel’s Saroo attends a dinner party where the multicultural guests all talk about the different names for things in their respective cultures, illuminating the fact that even though we all live in the same world, we see things very differently. This is exemplified by the different dialects within India with young Saroo’s understanding of Hindi hampering him when he finds himself in Bengali-speaking Kolkata. Even though the world around him looks familiar, it is still a vastly different world from his home of Khandwa.

Of course, these are even more vastly different than the world that Saroo eventually finds himself in – namely, the little island offshoot of Australia that is Tasmania. His adoptive parents John Brierly (David Wenham) and Sue Brierly (Nicole Kidman) are immediately understood as caring individuals wanting to give back to the world in whatever possible way they can. A coda at the end of the film explains that some 80,000 kids are displaced from their families every year in India. One could cynically say that the Brierly’s role in Saroo’s story is that of the traditional white saviours swooping in to rescue the poor kids from an disadvantaged part of the world. But, the truth is that the Brierly’s had an opportunity to help make some lives within the world better and set about acting out those opportunities.

Given this tale is told from Saroo’s autobiographical perspective, we are delivered his life story as close as possible. However, even though on the surface this is a story about a man trying to seek his long lost family, Lion is more about the importance of guardians in peoples lives and how they can be influential in shaping who that person is. Saroo’s brother Guduu (Abhishek Bharate) is the oldest child in the family, and through his work collecting coal from the trains running through the area, he helps keep feed his family. Leading by example, Guduu strives to make his mothers, Kamla (Priyanka Bose), life a little less difficult. However, this does make Saroo feel as if he’s not pulling his weight, leading him to beg Guduu to allow him to come work in the middle of the night sweeping the floors of trains. Here, Saroo is separated from his mentor, guardian, and brother, Guduu.

Guduu is not only a guardian and carer for his younger siblings, but also for his mother as well who works hard as a day labourer trying to gain just enough to feed her family. Contrast this with Saroo’s Australian guardians, the Brierly’s, and their place in the world with an ability to provide a home for someone less fortunate than they are. In modern times, as the world becomes a more desperate, difficult place to exist in, Lion is a love letter to those who care for and adore others. There is something eternally beautiful about the act of selflessness – whether it be as simple as giving up a meal for someone else, or that of providing a home for that person, it is a trait that is far too often taken for granted, or simply forgotten. Lion requests that we become aware of the footprints we leave on the world, and most importantly, each other. In an increasingly insular society, the reminder that there are other souls out there in the world is a very welcome one indeed.

It would be remiss to not tick off the other aspects of Lion that work so very well. Greig Fraser’s stunning cinematography captures both India and Australia with their varied beauty. Images of the train stations of India are haunting, at times almost otherworldly. The dark waters that surround Tasmania are oddly inviting. Accompanying these surreal visuals are the superb sounds of Volker Bertelmann and Dustin O’Halloran’s score. Aptly accentuating the emotions of the story at just the right level, the score never feels intrusive or manipulative. Garth Davis effortlessly makes the leap to feature film after co-directing episodes of Top of the Lake.

While Saroo’s investigation using the early-build Google Earth platform to find out which train station he had come from could easily be bland and tedious with countless scenes of ‘man staring at computer’, Dev Patel and Garth Davis together help create an immersive, heart breaking story. However, Patel’s segment of Lion would not have been as impactful without the truly powerful opening half with Sunny Pawar’s stunning performance. Lion is the sort of film that should inspire inspirational films to be better films. Essential viewing – only the cold at heart would be unmoved by this story.