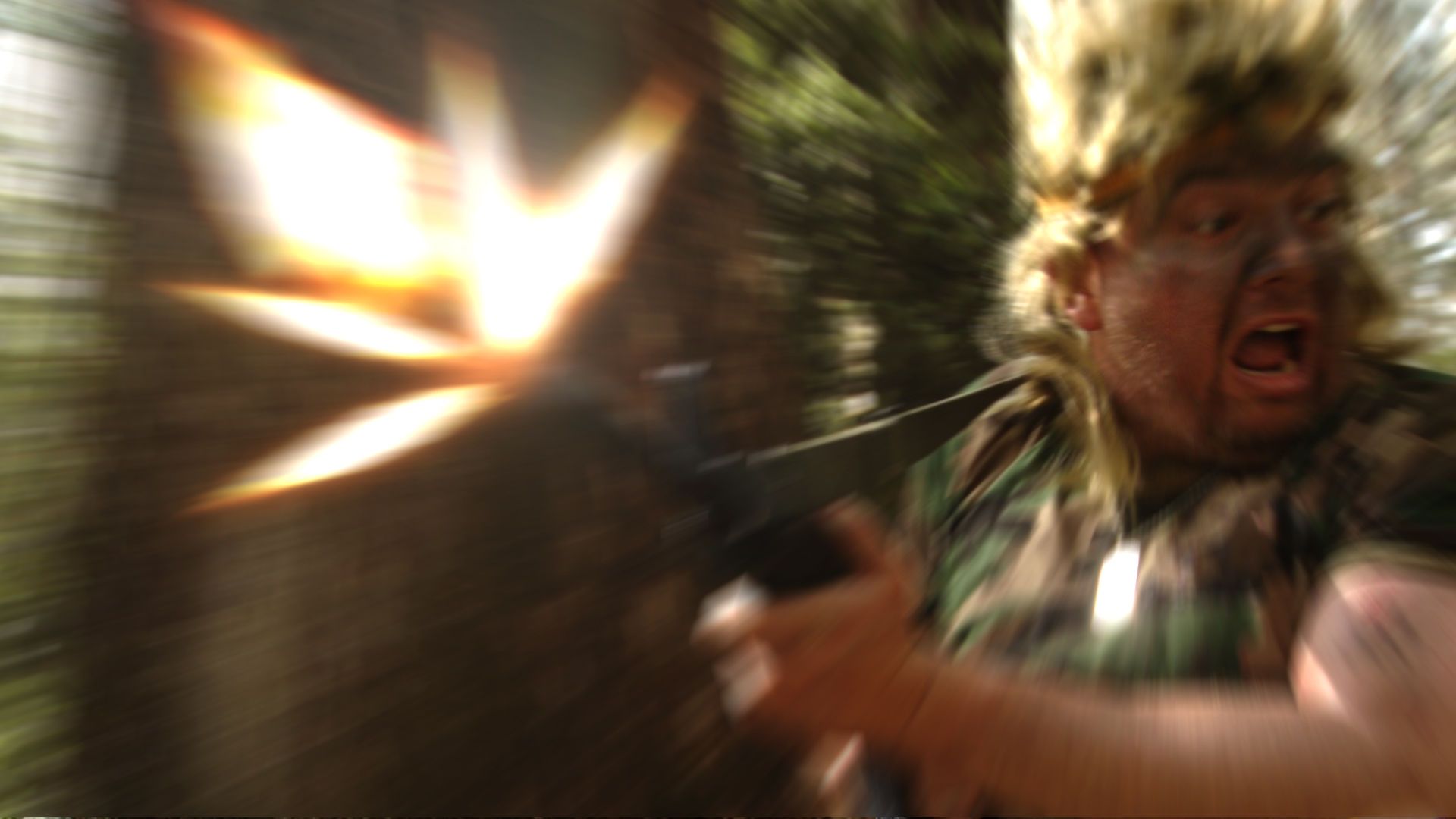 Living in the Shadow of Dace Decklan: Private Eye


Some actors have a character they portrayed on the screen whose shadow they live in most of their lives. For Sean Connery and Roger Moore it was James Bond, Boris Karloff had Frankenstein, Bela Lugosi had Dracula and mine is Dace Decklan: Private Eye.

Who the hell is Dace Decklan: Private Eye, you might ask?

It all started as a twinkle in the eye of film director Ivan Malekin. How he ever came up with the concept of melding Magnum P.I. and James Bond I will never know. Then again maybe I should just ask him? I just realised I never did.

Back in 2010, Ivan and I knew each other as fellow film directors and we had helped each other out on our various projects. Ivan was embarking on his first feature film which was of course the aforementioned Dace Decklan: Private Eye. At the time I had also been dabbling in acting and was starting to take it more seriously. Ivan was holding auditions for his film and I asked to audition, just so I could practice my craft. This might have been the edge or downfall for me winning the part. Depends how you want to look at it. I was totally relaxed because I thought I would never get the part but, as fate would have it, Ivan offered it to me.

At the audition we had only been privy to a few of the pages. Ivan offered the role under the condition that I read the whole script first before I said yes. Which is, of course, something every actor should do before agreeing to act in a film. This seems like obvious advice but we’ll come back to this later in this article.

The content that I just mentioned might have been enough for most actors to reject the role. Not me though, I like to think I am open-minded about most things. However, there was one line of dialogue in the script that held me back. I asked Ivan to remove it. Ivan stood behind his right to protect the integrity of his art, even though classifying Dace as art is a stretch.

We were at a standoff but obviously Ivan won because I ended up doing the film. I reasoned to myself that if Nicolas Cage could eat a real cockroach for his movie Vampire’s Kiss then I could utter one sentence I felt uncomfortable with.

I won’t repeat the line in this article because it still makes me cringe to this day. Suffice to say it’s akin to the lines that James Gunn tweeted years ago which came back to bite him in the ass and he lost his Disney contract and was shunned by his peers for a short period of time. Then, of course, he was rehired because they missed the ton of money he had been making for them. Luckily I don’t have much of a career in the film industry, so when it does come back to bite me, which I’m sure it will at some stage, it won’t affect me in the least bit.

Talking about things that come back to bite you in the ass, it’s been ten years since we made Dace, and you may or may not be surprised that we had every intention of making a bad movie. There’s a market for movies that are so bad, they’re good. We thought our film was an obvious cash cow. I mean look at The Room made in 2003. Unfortunately we dropped the ball as many of our peers do, because as inexperienced filmmakers we knew nothing about distribution and promotion. So Dace became an underground film seen by very few until last year when it hit Amazon and Tubi TV and is having a resurgence all these years later.

How can you not have a laugh? A tale about an incompetent private eye trying to track down his missing comrade in the jungles of Rambosia and stop an evil plan for world domination fuelled by blue pills that cause permanent erections in men. Full of love and lust, animation and absurdity, blood and comic style violence.

I watched it recently on the streaming service Tubi and it still makes me cringe. I certainly would not want my kids seeing this. I was thinking of buying all the copies in existence but I don’t think I have enough bitcoin to cover it. But in all seriousness, I can see onscreen what a barrel of laughs we had making this film.

Well, some of us did anyway. Which brings me back to the importance of reading the script. Initially the missing comrade that Dace Decklan searches for was played by an actor named George. While we were recording one of the musical numbers in a sound studio he asked me during a break why his character was singing these lines that did not make sense to him. I explained, “It’s because you end up having sex with your daughter in the end scene.”  He blinked and was insistent that was not the case. I asked him if he had read the script which he said he did. Of course, he would have known this detail if he really had read the script.

I told Ivan about this little exchange and I mentioned it would be funny if he called tomorrow and said he would not be doing the film. Which then became a reality the next day. Except it wasn’t funny. Scenes had been shot. Expensive scenes with guns, locations, and time spent. Scenes that could not be reshot.

At first Ivan was going to just replace George with another actor and offer no explanation in the film. Then a stroke of genius hit Ivan, which to be honest, when he first ran the idea past me I thought was one of the stupidest things I had heard. Until I saw it for the genius it was. Luckily, all the scenes set in the past with Rados had already been filmed with George so Ivan recast the present day Rados as a woman (played by Suzy Markovski) explaining the character had a sex change. He also put the new Rados in a wheelchair as Dace had broken Rados’ back in an early scene. The forced casting change actually made the film even crazier and better because of that fact.

So if you happen to ever watch the film and think it’s absurd, I hope you remember this article and realise behind the scenes was just as absurd.

I have digressed, somewhat. Ivan asked me this week if I could write an article to mark the ten year anniversary of Dace. It’s a head scratcher, just like the film. I don’t have any regrets on it except for that one piece of dialogue. I see the fun that was had on the shoot when I see our ugly mugs on the screen.

I fondly remember Ivan and I, high as hell at the Burning Seed Festival where Dace was screening and watching it through new eyes. They were pretty big eyes. We realised that the film was better than we had realised and knew that it was going to catch on sooner or later.

It became later rather than sooner. But it’s amazing to think that Dace is finding a new audience after all these years. Especially in our politically correct, cancel culture, covid times. I’m amazed it’s gotten past the censors at both Tubi and Amazon. Watching the film now is like watching a time capsule. Would Ivan still be up for writing controversial dialogue like he did back then? In one scene Dace stabs his own eyes out with a hot poker because the leading lady undresses in front of him only for him to discover that her pubic hair is as long as a hipster’s beard as she is a Christian so doesn’t have sex. Just one of the absurdities to witness if you watch the film.

Ivan and I talked about a sequel some years ago as it was suggested by mutual friends. We both agreed we had grown as people and as filmmakers and the juvenile story of Dace did not interest us anymore. Now with the resurgence of the film Ivan has started to entertain the possibility of the long threatened sequel Dace Decklan: A Tale of Two Titties.

All I can say is it will be fascinating to see if the interest in Dace continues to grow or if he fades into obscurity again. Will I continue to live in the shadow of Dace Decklan: Private Eye? All things considered, it doesn’t bother me if I do, but I still don’t want my kids to ever see the movie.