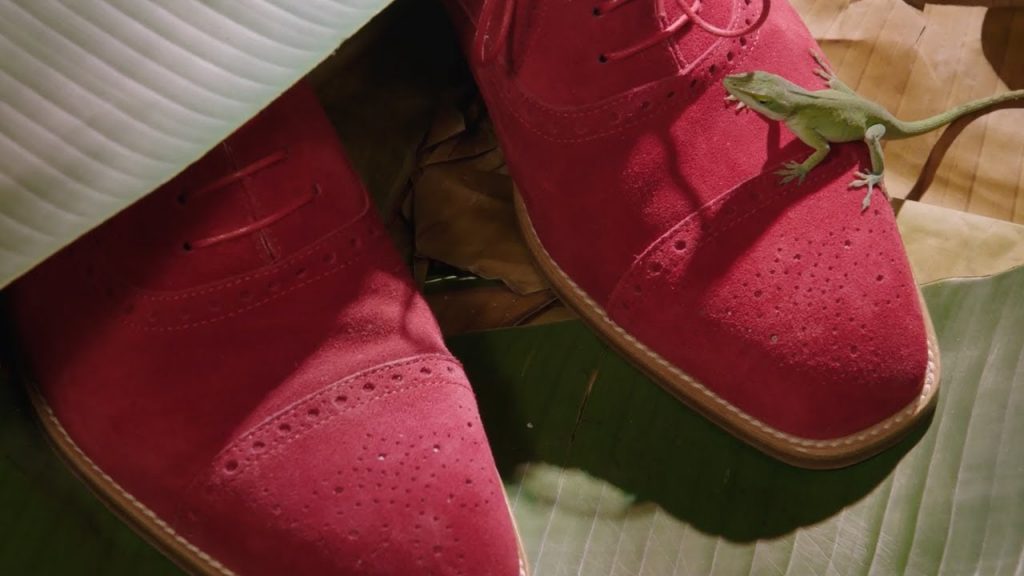 Squeeeee! Okay, disclaimer: I do love a good shoe. Some might even (rightly!) say I’m a shoe-aholic, so I was always going to be very interested in this film – and its subject matter. The shoes – and the man behind the shoes – the King of Shoes, Manolo Blahnik. You know you’ve made it when people refer to you by your first name, and turn it into a (hardly) common noun to describe your products, ie Whoa momma! Check out those Manolos! Swoon!

But, on the contrary, Manolo doesn’t really get what all the fuss is about, and at one point in the film, says, “never take yourself too seriously, or you’re finished.” Unlike other celebrities and fashionistas who are often portrayed as or perceived to be (fittingly or not) these larger-than-life caricatures, Manolo is quite the opposite, quite uncomfortable with the idea of fame – and fairly awkward about a film being made about him. But he obviously agreed to it somewhere along the line…

As I saw the film as part of the Cunard British Film Festival, and the promo invited me to “put your fashion foot forward”, my biggest decision was of course what shoes to wear… rather ironic, given I’d be sitting in a dark room for a couple of hours with no one to flash ‘em to! 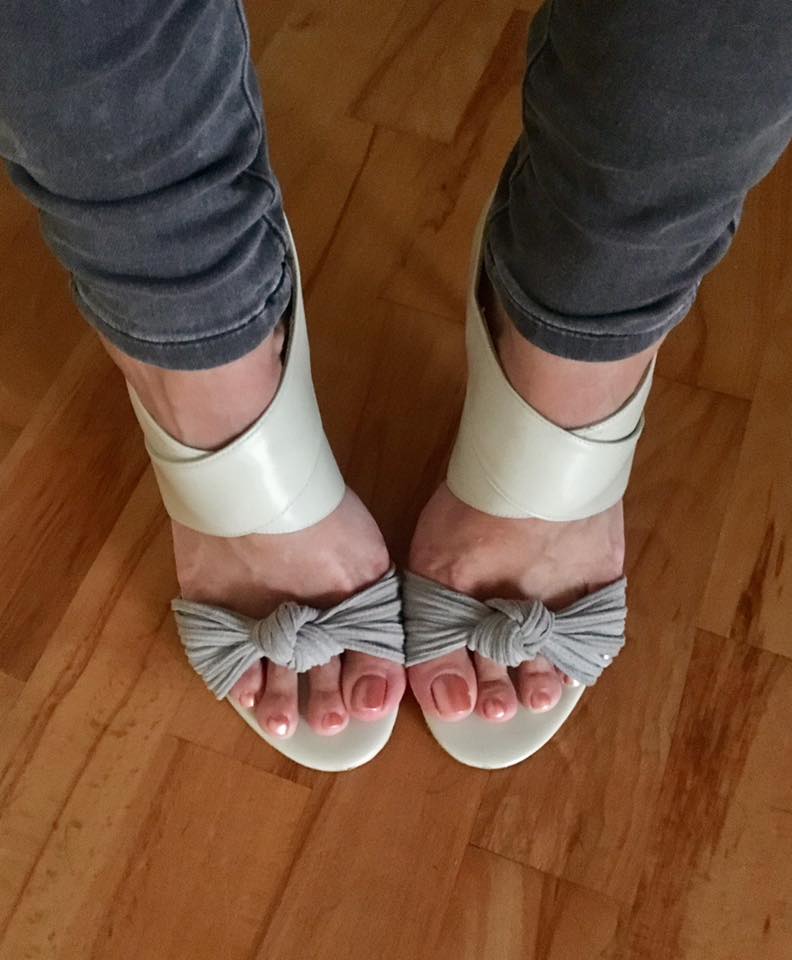 I don’t know if the decision to use that title was to evoke Manolo’s abundant humility and humble (ish) beginnings or to entice the audience to expect something more? Are lizards a metaphor for the chameleon-like celebrities he dresses, who morph into various roles and personas through fashion? Diverse, colourful exteriors – the façade of celebrity? Who is the real lizard underneath? How shoes transform an outfit, a person, a lizard? Well that detail is taken care of on the first ten minutes, and it’s as literal AF! Growing up in Santa Cruz on the Canary Islands (as you do!), he literally made tin-foil shoes for the lizards he caught in his rather lush ‘backyard’. That’s it.

The film promo also read, “Synonymous with whimsical, yet elegant heels and Sex and the City’s Carrie Bradshaw, less is known about the humble and camera-shy man behind the iconic brand of Manolo.” I think a lot of people (myself included) first heard of Manolo via Sex and the City (ugh), which is strange because I was never really a SATC fan, but so huge was his impact on footwear fashion, even I had heard about him via occasional run-ins with that show. And, fortunately (for me at least!), the film only references SATC once – the scene where Carrie is mugged for her beloved Manolos (a term even the mugger uses – “give me your Manolos too!” Ha!)

The film is chronological, which not only makes for an easy narrative to follow, but an enjoyable snapshot of each decade of his career, not only in terms of fashion, but the cultural and social pulse of the time.

And, seeing as Manolo is such a reluctant subject, the film is interspersed with third-party endorsements, ie personal accounts from celebs, models, colleagues, designers and fashionistas, which is a lovely way of hearing about the man behind the brand. There is also some black and white imagery to represent his childhood and earlier life, and some reenactment sequences, which, well, they could’ve been left out or shown more creatively, perhaps through drawings or animation?

Speaking of drawing, there are some beautiful moments where he is drawing his beautiful designs and he’s so self-deprecating and embarrassed to be doing so in front of the camera, and yet in doing so, his ridiculous talent shuts down that self-deprecation in an instant. Stunning shit. Effortless. Almost unaware of how darn good he is!

He is a quirky character, and we get to see him in his various habitats, moving from poetic descriptions to shrill laughs (which themselves made our audience laugh every time!) to emphatic, unapologetic biting comments (though never nasty) that make it very clear why he lives alone! And while he says he can’t stand being around people at times, he hardly leads a solitary life. He’s a rather nice control freak! The film touches on, but doesn’t bother to indulge too much in his personal life – which I thought was great. You still get a sense of his personality without having to go into relationship territory.

We also see him visiting one of his factories, revealing how he still insists on carving each sample (and apparently refers to himself as a mere ‘cobbler’), and his silly, friendly banter (and singing!) with the workers. I don’t think this is to suggest he hangs out with factory workers all the time (like some kind of hi-vis-wearing politician, kissing babies and mixing with ‘the people’) but it was definitely included to demonstrate his passion for his craft and respect for the people who realise his designs and get them on the shelves all around the world. Quite the opposite of the “Miranda Priestly” caricature in The Devil Wears Prada. Interestingly, Anna Wintour (who Miranda Priestly’s character is based on) gets plenty of screen time, and actually shows quite a soft side, particularly in describing Manolo’s warmth, humility and artistry.

Another example of his humility is when he’s asked “who wore it best?” or rather, which celebrity he thinks wears his shoes best, and he takes a moment to reflect, and says a “secretary”-esque woman with a blonde bun he saw walking down the street one day – ie a complete stranger. An “ordinary person”, he says; he loves seeing ordinary people wearing his shoes.

As well as the decades the film moves through, it takes you to some beautiful cities, linking Manolo’s life and inspiration from and impact on each. It particularly shows how he embraces all forms of art and culture, his passion for photographer Cecil Beaton, painter Francisco Goya, and favourite film (that he watches twice a year!), The Leopard. So before you say, “Oh come on, the guy just makes shoes.” Seriously, no, the guy truly is an artist. His designs speak for themselves. But the way he takes in his surroundings and other life influences to create particular shoes for a particular person or around a particular theme – the florals inspired by his garden, in which he spends a LOT of time, his take on Africa (which leads to an odd gorilla suit scene!), sexual shoes with whips and chains, the absolutely to-die-for Marie Antoinette shoes (yep, I think I peaked at those ones!), they’re not ‘just shoes’, people. The interview with the Museo de Prado curator explains it best as she adds insights about his love for feet (without being a foot fetishist!), his craft and attention to detail.

As a film, it’s a bit of a mish-mash of styles and segues (so, yes, thankfully it’s chronological to keep things moving and logical), some of the shoe-porn montages and (arguably unnecessary) explanation of each shoe style at the end were a bit powerpointy – and not in a powerful pointed pump kinda way. And it may not be as interesting to people who don’t love shoes as much as I do, but it certainly makes me appreciate him as a designer and as a person even more! I don’t own any Manolos, but the film has certainly inspired me to rectify that tragedy asap!

So yeah, it’s not a film that’s gonna change the world, and even though he changed the fashion world, it’s almost like he never intended to. So it is what it is. It doesn’t take itself too seriously.