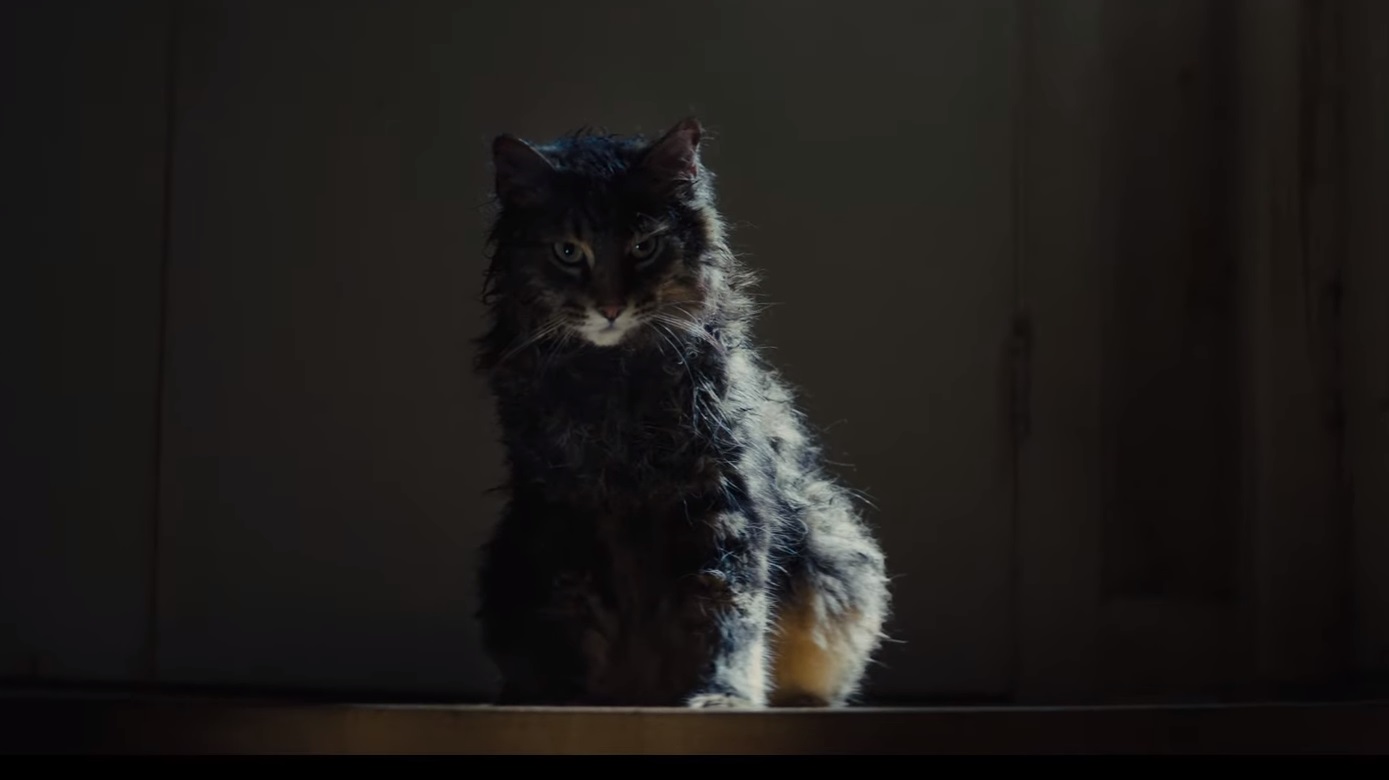 As a vet nurse, I saw more than enough pet related tragedy for a lifetime. I wrote about the five things I learned as a vet nurse a while ago, and the third point still rings true. I can still remember the day where a family grieving over the sudden loss of their dog stayed in the consulting room until closing, and had to have a taxi called for them to take them home as they were unable to drive. I can still hear the howl of tears as I shut the door before they took off. I thought about that family’s reaction to death a lot. At first I thought, well, I wouldn’t be that dramatic if I were in that situation. Then I realised how judgemental that was and grew to consider and understand how people go through the process of grief differently.

This basic concept of how people experience grief differently is given a hideously macabre expose in the latest adaptation of Stephen King’s Pet Sematary. Starry Eyes directors Kevin Kölsch and Dennis Widmyer join up with screenwriters Matt Greenberg and Jeff Buhler to breathe life into this horror classic. Louis (Jason Clarke) and Rachel Creed (Amy Seimetz) have moved their family from busy Boston to rural Maine, in search of a more peaceful place for Rachel to destress, and a quieter place for Louis to continuing practicing as a doctor. Their kids, Elli (Jeté Laurence) and Gage (Lucas Lavoie), are young enough that the move won’t unsettle them from school life too much. Coming along for the ride is the family cat Church, named after Winston Churchill. And, in a sly bit of casting, their neighbour, Jud Crandall, is played by ex-Winston Churchill portrayer, John Lithgow.

The house that the Creed’s have purchased comes with a seemingly endless amount of land – more than they’ll ever see. It also comes with the burden of being set right on a major road for trucks (eat your heart out pro-Roe 8 folks, this one’s a killer, and logically, if there were better town planning, then all this death and destruction could have been avoided). As the family settles into their new abode, Elli notices a troupe of kids wearing masks making their way through the woods in the Creed’s backyard. Before you can ask why Americans don’t have fences, she’s off in pursuit of the kids to find out where they’re off to. As Elli slinks through the simply terrifying forest (one that would, at least, have you calling up the real estate agent to double check that you’d moved into the right property), she sees a makeshift pet cemetery. Looming over this rather innocuous and somewhat harmless looking cemetery is a horridly constructed wall of crude branches, logs, and other material, clearly in place to keep anyone away from what looms behind the wall. Naturally, given this is a Stephen King story, something nefarious hangs in the clearly ominous forest, just waiting to cause some kind of trauma on those who engage with it.

And when that trauma occurs, it does so with a wealth of groundwork put in place to help contextualise where both Louis and Rachel are in their lives. For Louis, the notion that the medical facility he’ll be working at will be a low impact one is immediately challenged on day one when he’s delivered a gruesome reminder of the life he left behind – namely, being an ER doctor – in the form of a horrifying car accident. For Rachel, the overwhelming wooden house they’ve moved into gradually becomes a tragic reminder of the sister she lost years ago, with each floorboard creak putting her further on edge. The dichotomy between Louis and Rachel and their relationship to death is, admittedly, a little crude, but it works perfectly. These are two adults who have had their lives shaped by death, albeit in grandly different ways.

So, when Church is knocked dead by a truck on the deceptively quiet road, the discussion about how to broach the subject of his death to Elli is raised. Do they be open with the truth and say that he was killed? Or, do they lie and say that he ran off in the night, never to be seen again? Masterfully, Pet Semetary explores the notion that the subject of death has become the greatest taboo in society as a whole. Where sex used to be the one ‘no go’ subject, that has morphed over time to be a subject freely discussed in the open, whereas death has become a more private, personal thing that people explore and process by themselves. Rachel’s childhood trauma is a truly shocking one, so it’s understandable why she would struggle with telling her husband about it for so long. Yet, the fact that the cause of her PTSD is entwined with her sister’s death suggests that she has never fully reconciled with the subject of death. This leads Rachel to shoot down the notion of telling Elli the truth, saying the fateful line, ‘anything but death’.

With the assistance of Jud, Louis sets off to bury Church in the ‘Pet Semetary’. Having seen the close relationship that Elli had with Church, Jud advises that there may be a better place to bury Church, and takes Louis over the makeshift wall, through a swamp, and to an ominously dark burial site. The morning after, having given in to Rachel’s request to not burden Elli with the subject of death at a young age, Louis tells her that Church had merely run away. But, as Elli advises, Church didn’t run away, and he certainly isn’t dead. Sitting in Elli’s closet with matted fur and an ominous glare is the well and truly alive Church.

Yet, there’s something just not quite right about him.

What elevates Pet Sematary above your average horror fare is the way that the characters react to death and grief. For Jud, the guidance he gives to Louis about burying Church in the ‘other’ ‘Pet Sematary’ is given with an earnest heart. After further tragedy unfurls, Jud lets Louis know that he was aware that Church would come back to life, but given how gentle Church was, and the pure relationship he had with Elli, he thought that this time it would be different. While all the acting in Pet Sematary is great, it’s John Lithgow’s supporting turn that reminds why he’s one of the finest actors of any generation. There’s a lived-in tone of heartbreak in his voice as he talks about the tragedies he’s had in his past, one that suggests that he asks himself every day why the people he has loved are gone, and that he remains on this earth. His relatable fallibility reminds us that regardless of who befalls to death, the result is constant for all – someone that meant something (whether it be good or bad) has gone from the lives of the people they knew, and they are left forever changed because of it.

To say more about what happens in Pet Sematary would be to ruin some of the truly disturbing events that unfurl throughout the second and third acts. Needless to say, for this reviewer, I haven’t been this unsettled or left with a queasy feeling in my stomach from a horror film in a long while – since maybe Killing Ground or The Witch – and a week on from being submitted to the fear that Kevin Kölsch and Dennis Widmyer weave from the work of horror mastermind Stephen King, I’m still getting that gut churning feeling thinking about some of those gore drenched third act reveals. As with Starry Eyes, Kölsch and Widmyer have created a grand horror film that will stand alongside the greats.