It’s been a long while since I’ve found myself lost in a book to the point that I’ve felt fully immersed in the world with the characters. With Meg Caddy’s Devil’s Ballast, it was surprising how quickly I felt the splash of the waves, heard the creaking of the boats, and breathed in the salt water air of the world that Anne Bonny lived in. With this being my first encounter with the legacy of Anne Bonny (and, shame on me, the first I’d ever actually heard of her), I was impressed with how easy it was to appreciate the world that she lived in.

Devil’s Ballast kicks off with Anne’s story in full flight – she’s fled from her abusive husband, James Bonny, and has made a life for herself as a crewmate on a pirate ship run by the great Calico Jack Rackham. Hiding in plain sight as a boy, Bonny thrives on Calico’s ship, the Ranger, working with the crew to hunt down other ships on the ocean. As the book opens, we’re immediately thrown into the fray with the rapturous energy of the Ranger giving chase. Our focus is always on Bonny, but the economy and power of Meg’s writing means that other crew members are given a wealth of a backstory in a sentence or two. And, in the thrust of all this action, Meg also finds time to set the foundations of one of the most endearing, powerful elements of Devil’s Ballast – the enduring romance between Anne and Calico Jack.

In between chapters told from Anne’s perspective are chapters about the ever-eager pirate hunter Captain Barnet. As a ruthless and narrow minded man, fuelled by a brutal agenda to obliterate pirates from the seas of the world, it’s Barnet’s narrative that helps remind us what kind of life Anne is fleeing from. See, James is not going to let Anne’s escape go without a fight, and with his wealth and power, enlists the skills of Barnet to hunt her down and drag her back to him. It’s clear that there is no (and never was any) love between James and Anne, with him merely viewing her as property that has done him wrong, and in his eyes, that deserves harsh punishment.

What’s immediately clear from Meg’s writing is that there is a clear affection for the lives of pirates, and while there is a lot of sailing/pirating jargon, it never becomes so dense that it’s impenetrable. In fact, the breeziness of the writing is enough to help inform exactly what an ‘orlop’ is without the need to have a dictionary on hand. Maybe that says more about me and my wilful ignorance about pirate life than the writing, but that’s what makes Devil’s Ballast such a joyful read – it’s like Meg has extended a hand out to you, the reader, and said, hey, you might not completely understand this straight away, but if you trust me, you’ll have a great time as we go on one heck of a journey and it’ll all make sense in the end.

And that’s the key to what makes Devil’s Ballast an essential read – in a world where we seem to hold the fictional Captain Jack Sparrow up higher than the wealth of more entertaining and engaging real life pirates, it’s refreshing to be able to dive head first into the world of one of the most famous women pirates to exist. Meg’s writing immerses you in Anne’s struggle to live the live she’s meant to live, exploring the reality of what it means to be a woman hiding as a man on a pirate ship. The realisation of what would happen if the crew found out about her truth is explored through the harsh reality that comes from sailors who fear the bad luck that having a woman on board a boat brings. While the action that comes with pirate life would have been entertaining and engaging enough, the informed writing that brings Anne Bonny to life makes this more than a mere action story.

Anne Bonny is no pushover, being able to hold herself well in a brawl, even when pushed to point of exhaustion as fight after fight wears her down. The violence is powerful, with the impact of each punch and wallop clearly felt, and that’s without even touching on what happens when the guns come out. On top of this, the brutality of what a cannonball does to a ship, tearing the hull apart and causing splinters galore, is fully realised. This isn’t to say that Devil’s Ballast is a gore fest or anything – far from it – but, it’s more to reinforce that thanks to the deep characters and brilliant world building, the tension in these propulsive action scenes is amplified and carries a lot more weight than it would if this was the core focus of the narrative.

When Anne has to stay on land for an extended period of time, away from her crewmates and Calico Jack, you can’t help but want her to be back out on the open waters, wishing that she’s able to live her best life. To say more about what Anne Bonny goes through would be to spoil some of the stunning plot twists, and in turn, would also spoil some of the supporting character threads. And what characters! Outside of Anne herself, everyone is a treat to spend time with – yes, even the villains, so despicably written that you can’t help but eagerly anticipate their comeuppance. I’ll forever be thankful for being exposed to the wonderfully realised character of Read, another pirate who I knew nothing of, and whose story is famously entwined with Anne’s. I really don’t want to spoil Read’s story, but alongside Anne’s story, it’s their narrative that I’m most eager to read more about in future Anne Bonny books.

Another relationship I’m equally keen to read more about is that of Anne and Calico Jack. There’s a powerful tenderness to this seafaring couple that works to show the strength of their bond for each other, and, most importantly, reinforces their main love of the ocean. The times that Anne and Calico are separated are painful to read, and for me, it’s here that I found Meg’s writing the most beautiful to read, and it’s also part of the reason why their love story is as impactful as it is. Anne yearns for Calico, to be by his side, to be in his arms, just to be touched and held by him – and every word carries the weight of that yearning to the point that you can’t help but devour every page hoping that they are reunited. Of all the emotions, love and desire are the hardest to depict, given we all experience them differently, but what Meg has written here is relatable love, one that makes you yearn for a bond like the one that Anne and Calico have.

I don’t want this to make Devil’s Ballast sound like it’s a romance novel first, and a pirate story second, because in fact it’s neither – it’s the story of a powerful woman in history who faces adversities from every aspect of life, and it’s about how she overcomes those adversities with gusto. The mere fact that she’s a pirate and in love with her captain is part and parcel of her story, which is part of the reason why I can’t recommend Devil’s Ballast highly enough – even if you have no interest in pirate stories, this is a narrative that is full of exceptional characters, heroes you can’t help but cheer for, and villains you can’t help but hate.

One final thing before I let you go to rush off to your local book store to pick this up, I want to touch on how perfectly the world of the Caribbean is created here. Look, I was as ignorant about the Caribbean as I was about Anne Bonny before reading this book, so when I went and looked up what Nassau looked like when I finished reading, I was surprised to find that it looked exactly how the image that Meg had painted for me in my mind looked. The writing is so detailed and vivid, that you can’t help but be transported to this world, creating a memory of uneven paths and salt water air in your mind.

Devil’s Ballast is an exciting read, one that has left me eager for more of Anne Bonny’s stories. While this is marked as young adult, if you like a great story, and are keen on reading a story about women pirates on the ocean, kicking ass and taking names, then there’s really no reason why you shouldn’t pick this up regardless of what age you are. And, if you’re already a fan of nautical history, then this will be right in your wheelhouse. 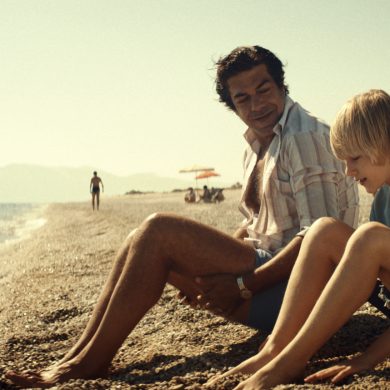