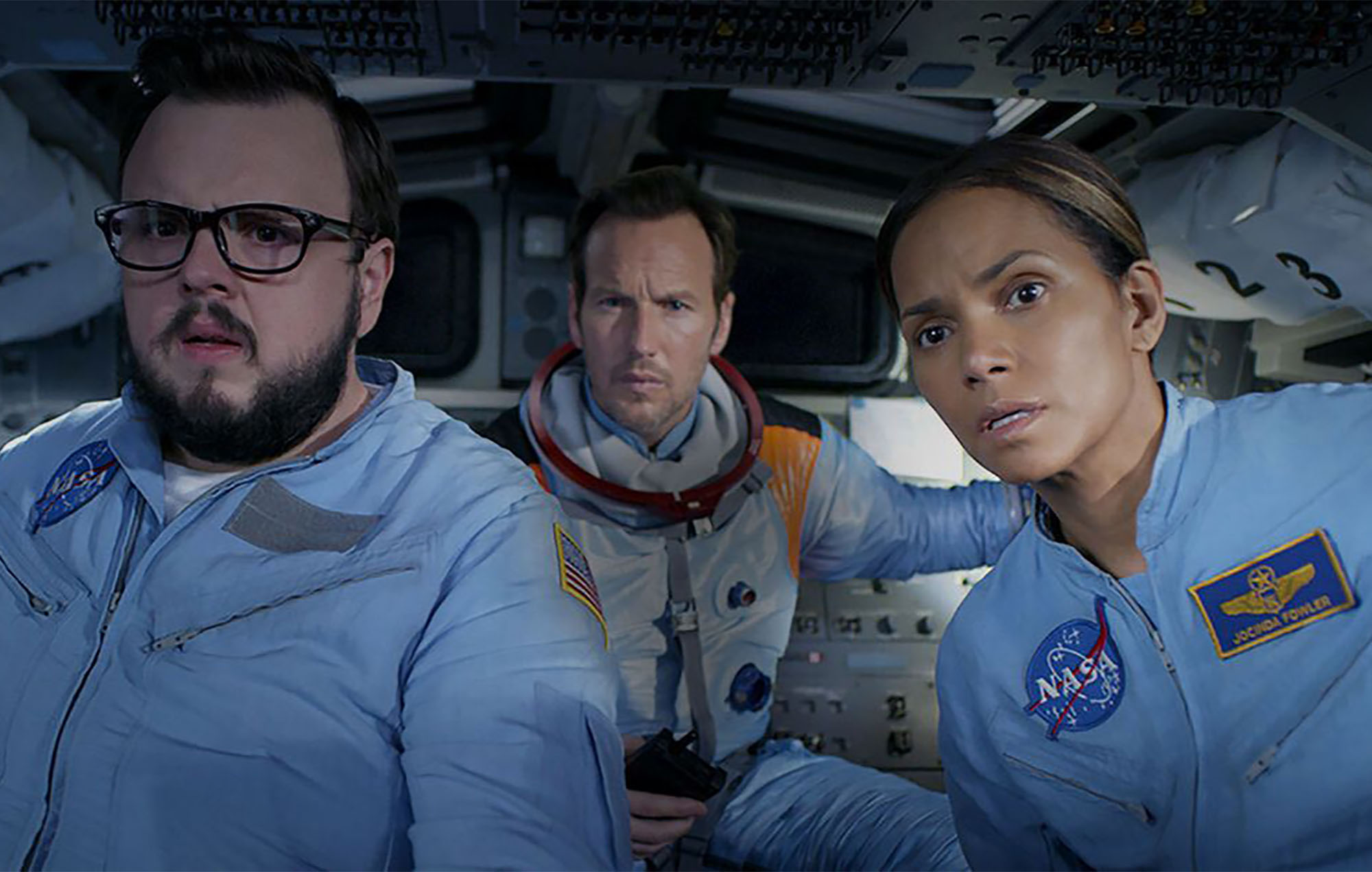 Frankly put, there is a lot to be expected in an Emmerich disasterpiece, with his latest sci-fi epic, the frenetic Moonfall, not only ticking two out of three of the above points but serving devastating cataclysm with dead-eyed gags in equal measure.

With the moon’s orbit being thrown out of whack by a mysterious hive-minded inhabitant taking shelter inside of the moon, disgraced astronaut and man who looks like he smells of hard liquor and leather, Brian (Patrick Wilson, having a blast), assorts a triumvirate of quirky scientists (ungainly conspiracy theorist K.C. (Game of Thrones’ John Bradley) and NASA Chief/perpetual one-liner deliverer Jo (Halle Berry)) to enter the belly of the beast; saving not only those nearest and dearest to these space-bound heroes but humanity.

While verging on showmanship, Emmerich is in large part responsible for many of the climactic feats we have seen in modern-day epic storytelling. (Godzilla smashed so Hobbs and Shaw could tussle). We can stomach high-concept and superficial action, with filmmakers like Emmerich leaning into OTT with great panache. With Moonfall, he continues his track record of delivering extreme spectacle as though it were some form of annihilative poetry. It is clear his films come alive in destruction; bringing with it thrills and bombast a-plenty. However engrossing these moments are, they are, to the dismay of the film, jettisoned back down to Earth under the weight of a lifeless (in both forms of the word) threat and an overblown screenplay that stalls the film in the final act.

While self-aware of the film’s tone, the antics in space, though beautifully composed (this reviewer is grateful to have seen it in IMAX), offer little outside of repetitious swerving away from a monstrous, sand-like beast with motivations about as colourful as white paint. It becomes a more striking contrast given the comparison to the events on Earth, of which Mr Emmerich is at his most enthralling; composing visually striking set-pieces, including the moon’s collision with Earth and the ensuing effect on gravity, that provide the film with its own bespoke doomsday identity.

The film’s sense of humour, dealing out straight-faced quips with the sensationalized flare of a daytime serial, promises some chuckles here and there. It is just a shame that this has become commonplace amongst the bevy of $100 million-plus studio productions, all of which relish in campiness to the point of saturating the market. Acting is fine across the board, with our charming leads knowing exactly how to dial their delivery in this sci-fi soap. This said, there are supporting characters who are owed their dues, with the biggest sin being in the criminal underutilisation of the indelible Michael Peña.

Alas, while not a roaring disaster, Moonfall is bolstered by its charming leads and schmick visuals. If only its ambitions of being a space-epic for the ages weren’t eclipsed by the film’s earthbound horseplay.