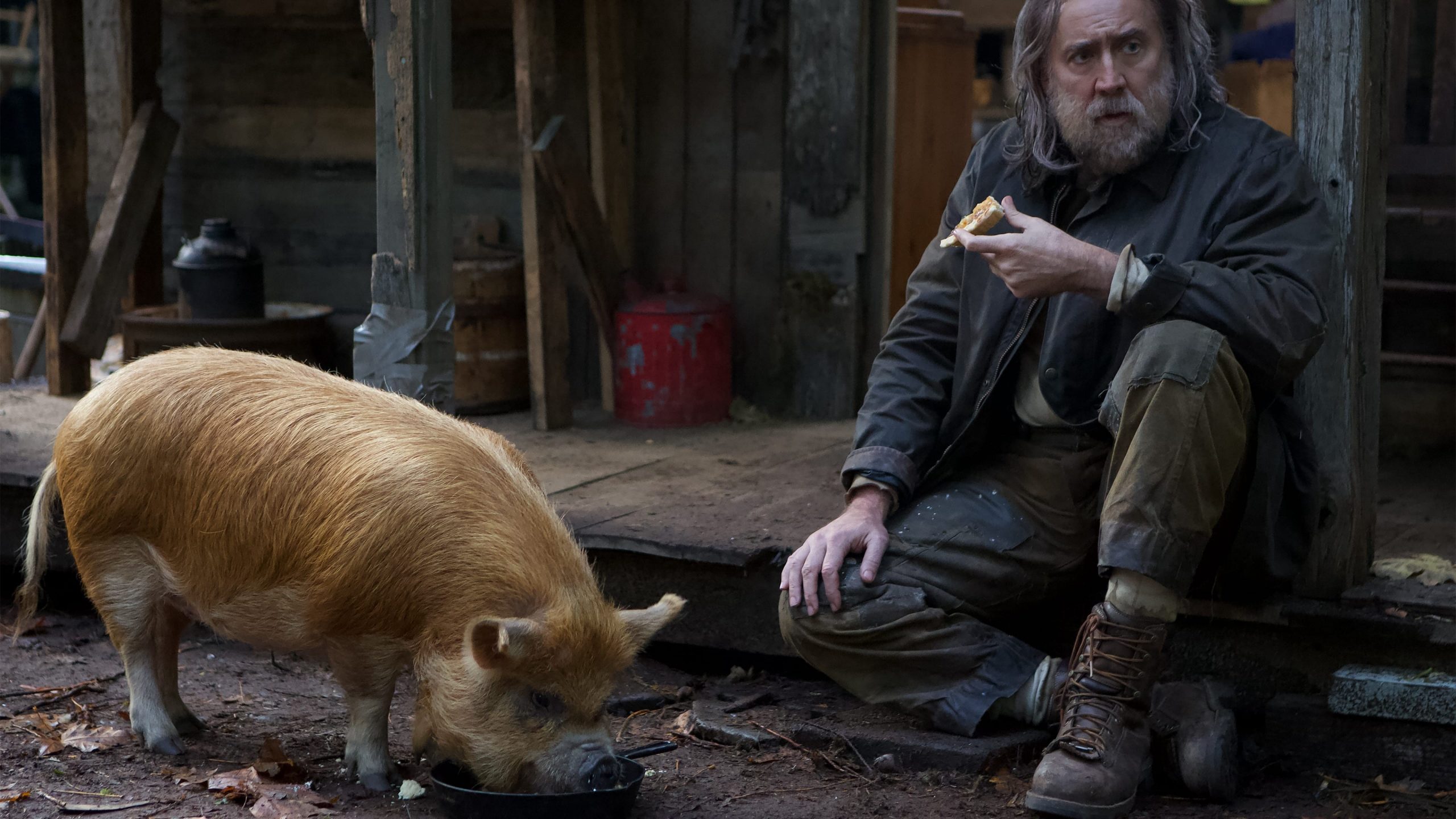 Pig Review – A Suprisingly Delicate Dish, Though Not My Taste


It is known that Nicolas Cage is one of the most unique, unpredictable, and mysterious actors working today, even when his performances are all the way off-the-rails. He can move from direct-to-video schlock that few will remember in a year to self-assured gonzo indie movies, and always give audiences something different. What other actor can do Mandy, Superman in Teen Titans GO! To the Movies, Spider-Man Noir in Spider-Verse, and then three more direct-to-video movies all in one year?

Pig is a much more reserved and sensitive film than you may expect Cage to be in. Two of his other 2021 movies are called Prisoners of the Ghostland and Willy’s Wonderland, which I wouldn’t expect to be quiet and subversive dramas about the secret life of the Oregon food industry.

The film has Cage play Robin, a retired chef who hunts truffles in the woods of Oregon with his excellent truffle pig. His life is quiet, humble, and manageable. That is until one night where men break into Robin’s cabin, beat him up, and steal the pig. With the reluctant help of luxury ingredients seller Amir (Alex Wolff), Rob gets back into the old world of secrets and lies surrounding restaurants and food that he had long left behind, seeking revenge and finding sobering truths.

From that synopsis, you wouldn’t be lost thinking Pig is an independent non-action version of John Wick. Rob even has a dead wife that makes up his tragic character, and wherever he goes people hear his name and instantly know who he is and what he once did. But the film is rendered in a far more quiet manner, subverting what might be a traditional revenge story into something far more delicate. Think John Wick directed by Kelly Reichardt.

Cage gives a great performance, resisting that explosive and manic nature he can be known for, for good and bad. Rob is a stoic man, hidden behind a mane of grey hair and increasing scars and bruises on his face that never once in the movie get treated or fixed. His mannerisms are pointed and precise, an action like grabbing a scallop with his fingers before firmly saying “get me the chef” hits instantly as a funny and effective piece of characterisation.

Alex Wolff continues a career of picking excellent and challenging projects, never secluding himself to one genre. His character Amir at first could resemble the loud-mouth, naïve and punchworthy boss’ son from John Wick played by Alfie Allen. True to the movie’s nature of subverting expectations, he softens and learns the reality of Rob’s skill and legacy, developing into a more human counterpart to a man who got too comfortable talking to a pig everyday.

On that same level of subversion, Adam Arkin plays Amir’s father Darius, revealed to be a mastermind of this ploy to illegally enter the truffle industry, setting up for an expected confrontation of ultimate revenge by Rob. Instead, Rob just cooks Darius a meal, leading to this once-menacing magnate to break down in tears and openly confess the truth of the situation. It’s a nice performance amongst other nice performances.

Perhaps Pig will be a film one could grow with, revisit in later years and appreciate its singular qualities better. As it stands, I respected Pig’s intentions, the performances from the cast, and the quality of Michael Sarnoski’s screenplay, but several sequences of plot diversion felt extraneous, taking one out of the narrative. Rob’s quest to find his pig leads to some strange underground “fight club” of restaurant workers where Rob gets beaten senseless, and after his beating he wanders around a suburb, goes to a random house, sits with a child in the yard, plays a musical instrument, then leaves. These two sequences could have been removed from the movie and it would have made no difference. In fact, it would have tightened this movie up and made its 93 minutes not feel like a bit of a drag.

I know I will be in the minority on this movie. Already, it has received a near perfect 97% on Rotten Tomatoes with 214 reviews and an average score of 8.20 out of 10. It is a film I could recommend for those in the mood for a surprisingly lighter dish, hints of darker overtones, and a tough core which involves animal cruelty, but still remains grounded by nice layers of sensitive performances. It might not be my particular taste, with a few issues regarding direction, but Pig might just surprise you in the best way.