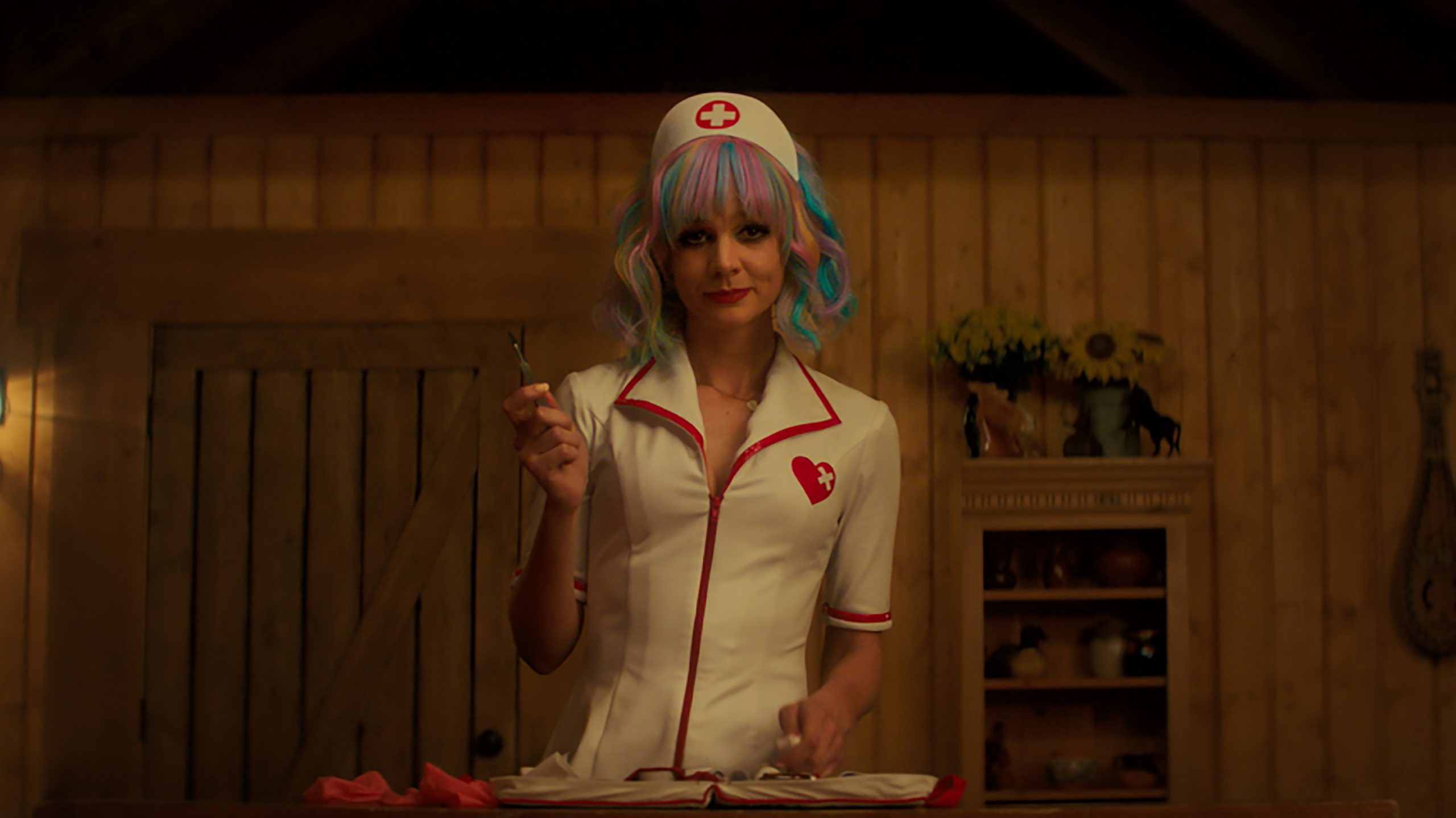 
This review contains discussions of sexual assault and abuse.

It might be cliché to say, but some movies just rock you to your core. You can know the subject of a film going into it, i.e. rape culture, but that doesn’t prepare you for the experience. This was the case with Promising Young Woman, the feature directorial debut by Emerald Fennell. Carey Mulligan plays Cassie, a woman who pretends to be inebriated in nightclubs, catching the attention of some men who are not above predatorial behaviour. She accepts the invite back to their house, and once things head into non-consensual territory, she ceases the drunk act, at which point the men face their own moral compass (or lack thereof).

The title indicates that Mulligan’s character Cassie had a promising future, which these late-night escapades suggest she has abandoned, and clearly there was a brush with sexual assault in the past. We learn that the victim was her best friend Nina, and Cassie is still scarred by her death. The film is wise to rarely discuss say what exactly happened to Nina, and it doesn’t need to. We even meet Nina’s mother, who ultimately encourages Cassie to ‘move on’. Once her world is established, her workplace is visited by an old classmate who fancies her, and after a suitably bumpy ride, a romance slowly blossoms. Of course, a film like this has no intention of giving us any happy ever afters, but the detour through a happy romance does ultimately elevate the story, so it’s allowed.

Cassie learns some unsettling new information, and goes about a mission, visiting various people connected to the events concerning Nina. Further down the track, one of them visits her, needing closure on their previous encounter. Cassie is given footage which answers several questions raised throughout the narrative, including one that I was too engrossed in the journey to remember I had. Having nearly abandoned her mission, the motivation comes back and Cassie resumes her performance, only this time at a buck’s party. Ready to deliver a form of justice, the film delivers its gut punch. Given her prior antics, you’d be forgiven for wondering if it’s still a performance (which I was certainly hoping it was), but indeed, our protagonist meets her end. Fortunately, the film has a brilliant pay off, and Cassie does get justice, for herself and Nina, but from beyond the grave. Once you’ve had some time to process it, you can see how the pieces all fit, but at the time, if you’re like me, you’ll be too preoccupied with shock and then awe.

By the very nature of this film, it is likely to affect some folks more than others. Personal experience with the subject matter will certainly amplify this. But one needn’t have experience with sexual assault to be deeply moved by it. I personally love films with social commentary, and some works are designed to trigger discussion (see Netflix series 13 Reasons Why). After all, discussion is a part of how society progresses, right? Being provocative comes with the territory of looking at a subject like rape culture, and Promising Young Woman explores it from many different angles. When it’s not the outright predatory behaviour, it’s catcalling, it’s the ‘he said, she said’, it’s the ‘I was a kid!’. And of course, the toxic ‘I’m a nice guy!’ defence rears its ugly head. You’ll cringe a few times along the way. But that is just part of the journey. I look forward to seeing the discussion.