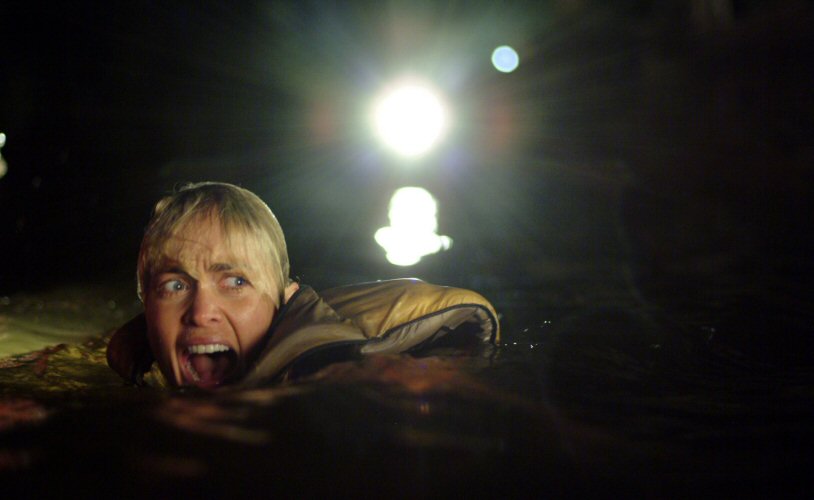 Creature features have made something of a comeback in recent years, whether it be the surprisingly solid alligator tale Crawl, or the outrageous, but admittedly entertaining Jason Statham blockbuster The Meg, swimming to the sum of $US530 million at the worldwide box office. These films certainly aren’t masterpieces by any stretch of the imagination, but they deliver on what they promise – well executed thrills starring their selected animals.

Australian cinema is no stranger to the creature feature (after all, the Australian outback has no shortage of critters to draw inspiration from), but there is one animal that is positively ingrained in Australian cinema and that’s the saltwater crocodile.

Greg McLean’s follow-up to his breakout hit Wolf Creek, didn’t launch at the box office in the way many were hoping it would and as a result isn’t talked about anywhere near as much as that first Mick Taylor romp. Rogue is film that certainly deserved better when it was first released back in 2007, somehow lost in a swarm of tentpoles and other crocodile themed horror flicks released that year, including Australia’s own Black Water.

The film managed to maintain the visceral brutality that we’d come to expect of Greg McLean’s direction albeit with some welcome restraint and added campy popcorn flair to make, what I believe is a far more entertaining flick than Wolf Creek.

A group of unwitting tourists accidentally stumble into a massive killer croc’s lair, what’s not to love?

Now that being said, the film doesn’t offer any human characters that are even remotely as memorable as John Jarratt’s terrifying creation, and if you’re going into Rogue hoping to be blown away by a pre-Avatar Sam Worthington then you may be disappointed. But as with any solid creature feature, McLean well and truly makes sure that his crocodile is the star.

Rogue posed an interesting challenge for McLean, going from the shoestring budget of Wolf Creek to the $AU26.9 million spent to put Rogue together, with a lot of the funds used for some gorgeous aerial shots of the Northern Territory, and of course to help bring the terrifying CGI croc to life. McLean makes sure that every frame with the croc is used appropriately and to the potential of the budget, (although the movie isn’t too kind to you if you’re a dog-lover).

Thankfully the decision to keep the creature active during night scenes or in the watery shadows, has paid off remarkably when revisiting the film all these years later. The Jaws–inspired choice of building up to the reveal of the animal, does the film a lot of favours too, making the claustrophobic third act with the croc on full display feel completely satisfying.

Rogue excels whenever the film is restricted to one location and the focus is placed purely on the croc, even when it isn’t necessarily visible. The second act sees the ensemble stranded on a small island, with a rising tide limiting how long they have left to find safety. Every moment spent by the characters bickering about survival is overshadowed by the looming presence of the croc, with brief shots and effective sound design used to remind us of the threat at hand. The main theme for the croc from Frank Tetaz is also appropriately haunting.

The structure and pacing of the film can occasionally be at odds with itself though. The first act has a bit of a slow burn introducing us to our American protagonist Pete (Michael Vartan), who is a travel writer… and that’s about it. He quickly gets forgotten about in favour of the ensemble, and understandably, the ever ramping tension surrounding the croc. The focus only really shifts to Pete when the ensemble is conveniently absent in the third act. This can leave Rogue feeling disjointed, but whatever, after all, this is a movie where Stephen Curry calls a crocodile a “steam train with teeth.”

There are some welcome surprises with the cast of Rogue if it’s your first time viewing the film or even if you’re returning to it after many years. A pre-Alice in Wonderland Mia Wasikowska is certainly a highlight as Sherry, offering some dramatic weight with her character, although Sherry and Sam Worthington’s Neil are criminally underused.

John Jarratt reunites with McLean as the widower Russell (in a nod to Jarratt’s cult croc flick Dark Age) whose character feels the most well-rounded out of the entire ensemble. Ultimately the cast of human characters exist to be of service to the true star of the film, and in a schlocky crocodile movie do you really need much more than that?

Rogue is a film that unabashedly loves what it is – a fun, 100-minute creature feature that isn’t afraid to be campy. McLean delivers on entertaining reptilian thrills, that still hold up thanks to clever staging and use of CGI. If you’re caught up in the recent crop of creature features like Crawl or The Meg, but you want something a little more homegrown, then consider Rogue, best served on your next lazy Saturday afternoon.