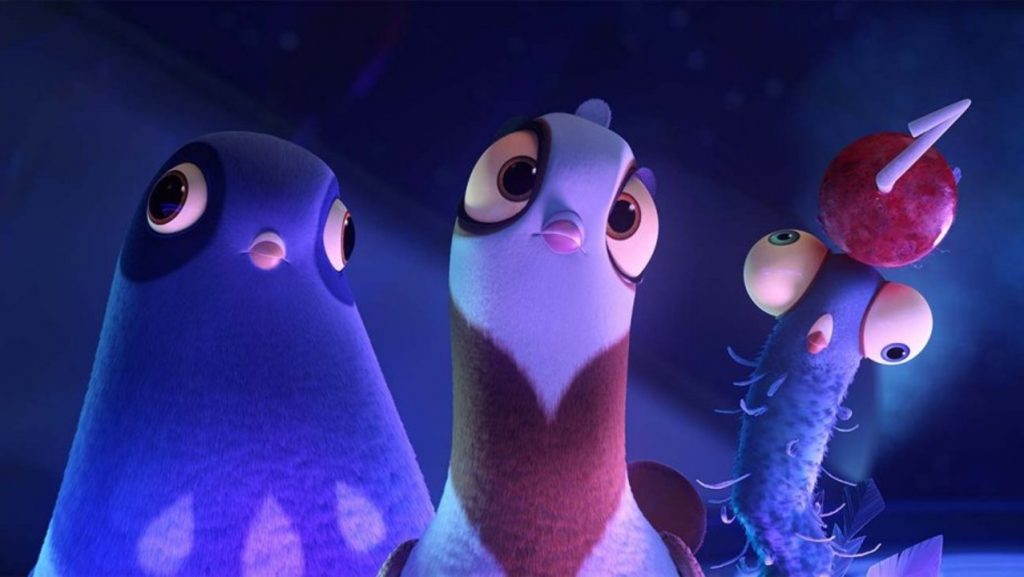 “Why is this kids movie so scary?” my 5-year-old son Raiden, asked as we were about two thirds through Spies in Disguise.

I had to think deeply about an answer.

I thought back to the countless kids’ movies I’ve watched since having kids myself, and I realised that none of them really took any risks. They all played fair, with easy-going, poorly-written villains, like in Transylvania 3. Sure, the kids enjoyed it, but for me, it was a complete bore-fest.

I then thought back further, to the shows and films I watched as a kid, and I thought, Street Sharks, Gargoyles, Biker Mice from Mars – all relentless cartoons, as far as kids shows are concerned. And while kids’ films like Gremlins, Harry and the Hendersons, Homeward Bound, and The Goonies weren’t animated, they all presented their child viewers with some pretty confronting scenes.

I think it’s something that kids miss. In a time where resilience in young people seems to be missing, overprotective playgrounds and colourful, beautiful, easy going movies aren’t helping. In fact, a few years ago, A New York Times article, wrote about how risk builds resilience in children.

I feel this is where Spies in Disguise is a huge winner.

Spies in Disguise, while colourful, wonderous, curious and fun, also takes a lot of risks. While it uses a similar style of animation that kids’ movies do these days, it also has a lot of gun-play, a lot of shoot outs, and a lot of violence. Hell, if it was live- with a more adult script it would probably be rated R.

I loved it.  Probably more than my kid.

It was also reasonably political, which also swung it my way as well, it made it more interesting. Firstly, Walter Beckett is a progressive, millennial tech officer (voiced by Tom Holland) with some form of Intelligence Agency akin to the CIA. After the loss of his mother, who sacrificed herself to save lives, has followed in her footsteps, opting to work the good of humankind. He’s a bit ‘weird’ though, in that he is trying to innovate what would normally be heavy-handed deadly weaponry into non-lethal gadgets.

This line of work conflicts heavily with the intelligence agencies top spy, Lance Sterling (voiced by Will Smith). Sterling is a committed conservative, he doesn’t believe that the world can be changed and that everything should remain the same. He wants to fight fire with fire, he enjoys it, and nothing will stop him. Beckett challenges Sterling in every conceivable way, especially after Sterling is changed into a pigeon (with no antidote) by one of Beckett’s inventions. This action changes the dynamic between the duo, the perfect spy in Sterling, all of a sudden needs help, from none other than Beckett. After some foul play by the film’s villain, the two end up on the run from their own agency, in pursuit of the bad guy that set them up so either Sterling can kill him, or Beckett can change him, and so they can prove their innocence.

Both Smith and Holland lend their voices flawlessly, making the film a lot more fun to watch.

The villain in question is none other than Killian, also perfectly voiced by Australia’s Ben Mendelsohn. Killian is relentless in trying to kill Sterling and was a great villain. Mendelsohn made it impossible not to be somewhat frightened of him, his deep, low, husky voice just screamed menace. If this were a live-action film, Mendelsohn would be getting nods from critics everywhere for his perfection.

The plot itself is also good, pretty standard, but there are no issues with it at all but the character arcs are great , Walter has his own journey as does Sterling, and both of them are really well written.

Spies in Disguise plays out like an old school James Bond film, not the new gritty Daniel Craig ones, but the ones with all the cool, but unusual gadgets, outlandish bad guys with over the top plans of destruction. It’s really well written by screenwriters Brad Copeland and Lloyd Taylor. The script is hilarious, for kids and for adults, like most animated films normally are. The inaudible, on-screen gags are second to none, the entire sequence in which Sterling is transformed into a Pigeon was hilarious, but I was in stitches for the entire duration of the film.

I really recommend getting your kids to this one over the Christmas holidays.