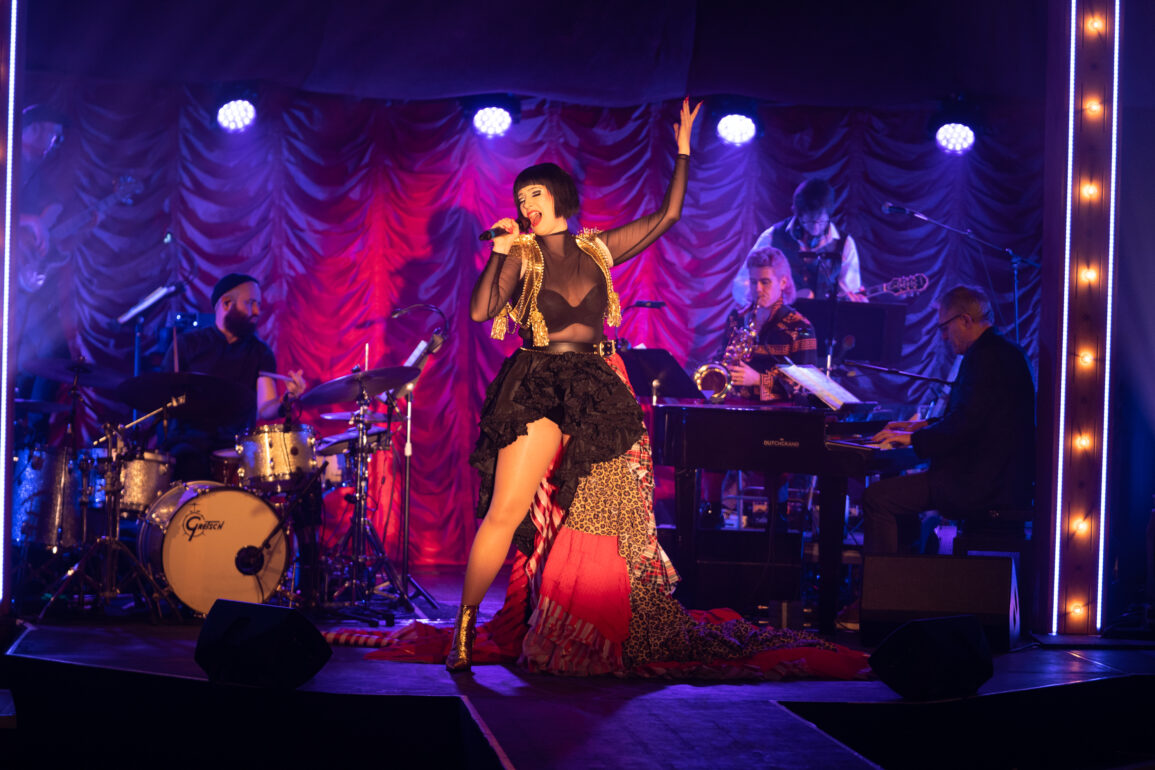 Bernie and her fabulous friends will be performing in the iconic Famous Spiegeltent, the largest and most beautiful of the original antique Flemish Spiegeltents. Built in 1920, the Famous Spiegeltent was the first ever spiegeltent to hit Australian shores when it arrived in 2000 at the Adelaide Fringe Festival. It has since become a treasured mainstay at The Melbourne International Comedy Festival for over a decade and a favourite at the Sydney Festival.

The Famous Spiegeltent has housed some of the globe’s most magical festivals, events and legends like Marlene Dietrich over the years. It is the ideal arena to showcase the diverse and unique talents of Bernie Dieter and her lascivious crew of world-class entertainers to Sydney audiences.

Known for her unique brand of glamorous eroticism, Jacqueline Furey danced her way into the hearts of audiences across the globe and now stuns with her world-renowned fire breathing and sword swallowing.

Having performed for the likes of Stephen Fry, Morgan Freeman and Samuel L. Jackson, hula hooping queen Lisa Lottie is sure to blow away Sydney spectators with her inimitable charisma and ridiculous hoop skills.

Perth-based circus artist Matthew Pope has fast become one of the most exciting artists of his generation thanks to his gender bending aerial and hypnotizing contemporary acts that combine strength, flexibility, and dynamic movement.

Tickets are on sale now at sydneyfringe.com/events/bernie-dieters-club-kabarett/. Get in quick, Sydneysiders should not miss their chance to party with German über-star Bernie Dieter and her incredibly talented troupe of artists in the New Year!