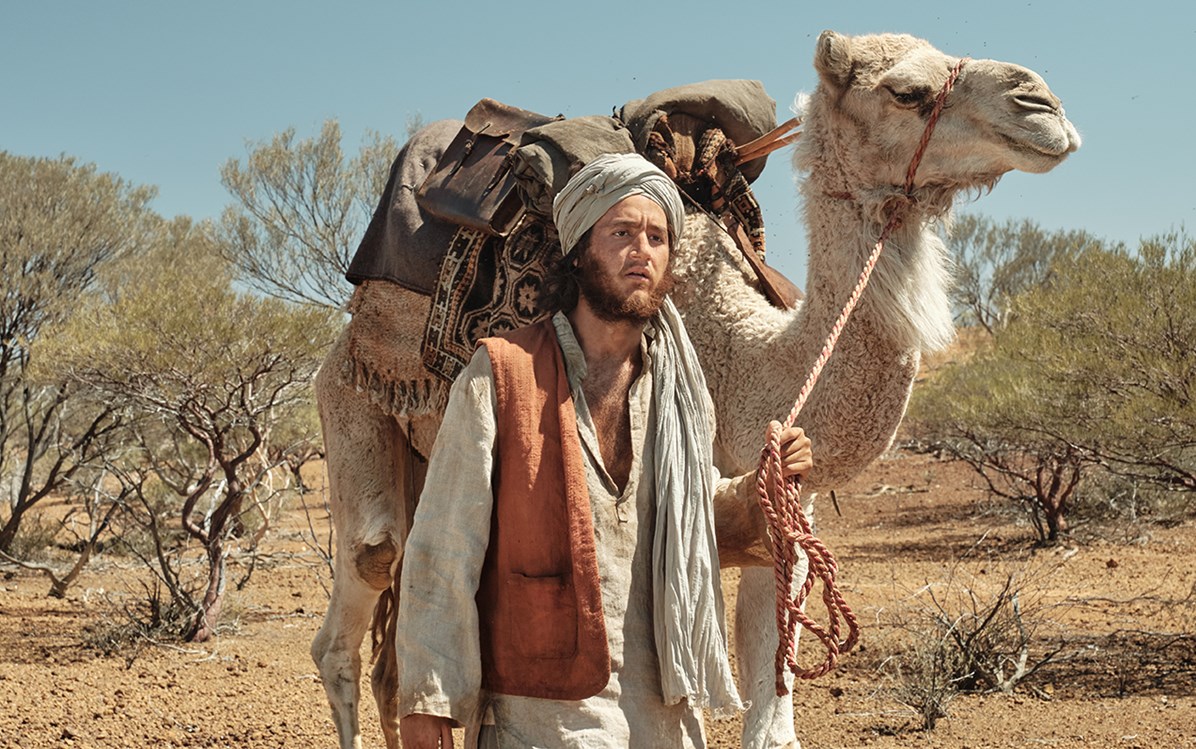 The Furnace Review – A Long Subdued Journey into the Golden Unknown

For some reason, as I walked out of my screening of Roderick MacKay’s feature debut, The Furnace, the imagery of a white-gowned choir of kids across the landscape of Australia singing Peter Allen’s ‘I Still Call Australia Home’, all the while promoting a national airline, rung through my mind. I was young when that ad campaign launched in the nineties, a time when the history of cultural genocide that has been inflicted upon the First Nations people of Australia, and the diverse immigrants that moved here in search of a new home, was distinctly lost upon me. As horrifying as it is to realise now, this was also an era where my recognition and understanding of the Colonial wars was absent in my Australian history education. The distinctly patriotic ode is often considered the ‘unofficial Australian anthem’, a notion that feels more apt than the ‘we are one and free’ tune we’re saddled with. However, either tune that is sung carries a distinct air of Colonialism and whiteness.

stings in my mind when I consider the central narrative of Ahmad Malek’s cameleer Hanif within The Furnace. Hanif is the emotional core of the film, distanced from his home country of Afghanistan, adrift in a land that outwardly rejects the growing population of Muslim, Sikh, and Hindu immigrants brought to this invaded country by British forces to transport goods across the land. All are collectively bundled under the xenophobic nomenclature of being called ‘Ghans’ – even though they each come from a diverse background. As a cameleer, Hanif finds a bond with local Indigenous population along his journey, striking up a friendly relationship with Woorak (Baykali Ganambarr) in particular. Far from home, it’s Woorak’s companionship and teaching of the now sleeper language, Badimaya, that provides Hanif with a familial sense of community.

Distanced from his biological family and home culture, Hanif’s world in Australia is torn apart when a member of the troupe of fellow cameleers he rides with is horrifically slain at a watering hole. Woorak’s retaliation is swift, slaying the shooter with a spear, and forcing everyone to flee. The Indigenous folks head further into the golden unknown to reach relative safety away from the Crown-lead police force. All the while, Hanif becomes separated from his group, leading him to stumble upon David Wenham’s Mal, a man who says he’s a prospector, but his lack of tools and bloody injuries reveal the opportunistic thief that he is. One that is seemingly conjured from the desert to seek out the alluring sheen of gold that lays within the land, of which he has managed to steal £3000’s worth. It’s this muck-riddled meddler that will tie Hanif to a bloody journey across the rugged Western Australia desert as they head towards Kalgoorlie where a fabled ‘furnace’ resides where they can smelt the gold down and remove the Crown insignia that adorns its rich surface.

Feverishly seeking out the outlaws is the police force lead by Jay Ryan’s Sergeant Shaw, with Erik Thomson’s Corporal Briggs and Shaw’s son, Trooper Sam (Samson Coulter), in tow. Under the banner of the Crown, there is no price too high for these police officers when it comes to capturing the culprits responsible, with a growing cacophony of bodies and death falling behind them in their wake. As the corporal threat of The Furnace, the police figures are often one dimensional, with the routine diligence to the Crown being a rather basic character motivation for them to follow. However, Erik Thomson does deliver a powerfully ambivalent and cautionary performance as the reluctant Corporal that accentuates a shaky performance from Jay Ryan who transforms the presumably steadfast Sergeant into a squawking brute of a leader. These characters are the rare weak spot in a film that is stacked with masterful depictions of a distinctly Australian type of destructive masculinity that has been shaped by a desperate land.

If there’s a criticism to be levelled against The Furnace, it would be in the manner of how vague some of the characters motivations are. While the core notion appears to be that everyone is seemingly on the same hunt for the stolen gold, this does give most characters a rather homogenous drive that almost makes them creatively indistinctive of one another. Frustratingly, a marginal subplot that ties Mal’s fate to his past flits in the background, barely registering as a C-plot to the overarching affair and coming as an abrupt conclusion to his narrative thread, playing out almost like a deux ex machina rather than the natural occurrence it should be.

This is best absorbed on the biggest screen possible, where the enormity and breadth of the Western Australian outback can embrace you completely, with Mark Bradshaw’s accompanying score crafting the sonic landscape of Australia in your mind. Cinematographers Bonnie Elliott and Michael McDermott have captured the feeling of an unceasing Australian summer day perfectly, where the searing heat of the sun drags the sweat of the day into the deep of the night. An impenetrable fog of flies fills the air, applying a leaden weight to each characters movements. While on paper, The Furnace suggests itself as a genre atypical breakneck bloody Western experience akin to The Proposition, the quietly subdued pace of the film reveals the keenest surprise of writer/director Roderick MacKay’s debut. Namely, the manner that the occasionally languid pace allows its narrative to saunter along, simmering in the mind of the viewer and leaving a harsher impact than many of its genre-brethren may have been aiming for.

This creative decision allows Ahmad Malik to fully realise the gravity of Hanif’s journey, with the effective road trip that he follows with Mal allowing him to recognise his place as an Afghan-Australian. Malik is powerful here, carrying a level of nuance and deftness that works perfectly against Wenham’s cruel figure. Hanif’s decision to see his support of Mal through is carried with the notion that his taking of the ill-gotten gains will secure his ticket back home, a reality that colours each of his actions, highlighting masterfully the questionable nature of some of his decisions.

As a wanted, injured man, Mal is rapidly running out of options, with his posse long dead, now fodder for the scavenging dingo packs. Wenham excellently captures the nastiness of Mal as he spits xenophobic-tainted barbs at Hanif, frequently utilising his Caucasian existence as the only minimal leverage he has against the racially diverse population of the outback. When violence does strike, at times by Mal’s shaky hand and its wavering pistol, it lands a cruel blow, with each drop of blood spilled coming from a person who sought possibility of a future on this wide land. With each fallen cameleer or adjacent figure, we’re given a clear indication why the Indigenous characters choose to remain on the fringes of each horrific event, with their cautious realisation that this kind of violence seems to come all too frequently with the appearance of White folks.

Yet, while intrinsically tied to Mal, The Furnace is Hanif’s story through and through, and from the outset, MacKay has thrust Hanif on a path of discovering what it means to be an Australian. This country was established on the notion of possibility and the promise of a new home. Drenched in a Colonial mentality, Australia is a multicultural country that often acts in war against that introduced diversity. With open arms, Hanif is welcomed into Woorak’s family, where he is taught their language and given the understanding of traditions that have existed for tens of thousands of years on this land. As he’s driven further away from his adoptive family, Hanif gradually grows to learn where his place in the world is now.

At the core of The Furnace is that fated £3000 stack of Crown-marked gold, and thankfully, MacKay never makes the reality that ‘wealth is bad’ explicit, instead allowing the death, tragedy, and carnage to spell out the toxicity of wealth clear enough. No matter how the Crown’s insignia is removed, this gold still carries the mark of criminality, stolen from stolen land. Its presence here is almost metaphorical, with the gold becoming the chunk of coal held aloft by Scott Morrison as he stands in the peoples house, beaming about ‘how good Australia’ is. It is every destroyed Indigenous cultural site, blasted apart by a greed-driven mining company. It is a narrow-minded, economy-focused entity that neglects the rampant inequality that exists upon this land. It is, as the grandest metaphor of all, the nugget at the core of what it means to be Australian: a person who needs to recognise the traumatic history that we communally are forced to perpetuate.

This metaphorical realisation of the gold, paired with the emotional conclusion to Hanif’s narrative, acted like a dawning bell, awaking that Peter Allen song in my mind, leading me to ask, where exactly is the pride in being an Australian? As a White Australian, I have to live with the reality of the violent past that my ancestors – direct or otherwise – wrought upon this land and its traditional custodians. And yet, the reality of untethered hate-filled violence upon Indigenous populations is made all the more apparent with the epidemic of Colonialism that has strung its tendrils across the globe throughout history.

No matter how far or how wide I roam, the reality is, I still have to call Australia home. It is part of who I am as an Australian, a choice which I do not get to make.

And yet, for Hanif, with riches in his hand that could afford him a passage home, and with the images of carnage fresh in his mind, he makes the personal choice to become one with this new Australia. He reunites with Woorak, reigniting the deepest, purest friendship he may ever have. A coda notes the continued history that Afghan cameleers have with Indigenous Australians, with many having shared surnames that carry familial ties to the 1800s.

Where Peter Allen’s tune is devoutly patriotic in tone, The Furnace feels like a defiant rejection of that notion, with a clear honorific tone celebrating the multicultural history that makes up Australian society. Hanif’s journey carries a modern echo, with asylum seekers from Afghanistan and neighbouring countries yearning for a safe home in Australia, yet being denied the same future that their ancestors were forced into by British forces. Is that why this land is called the ‘lucky country’? Where we deny hope for refugees and actively oppress the traditional custodians of this land, it becomes clear that luck comes to those who are born into a privileged White society, or to those who can afford to buy it for themselves.

These complex undercurrents thrive within The Furnace, informing its Meat Pie Western identity. Roderick MacKay’s debut is a quieter affair than what audiences may have grown to expect from the ever-expanding Australian genre, but its subdued journey into the Golden unknown of the outback is no less engaging or powerful. 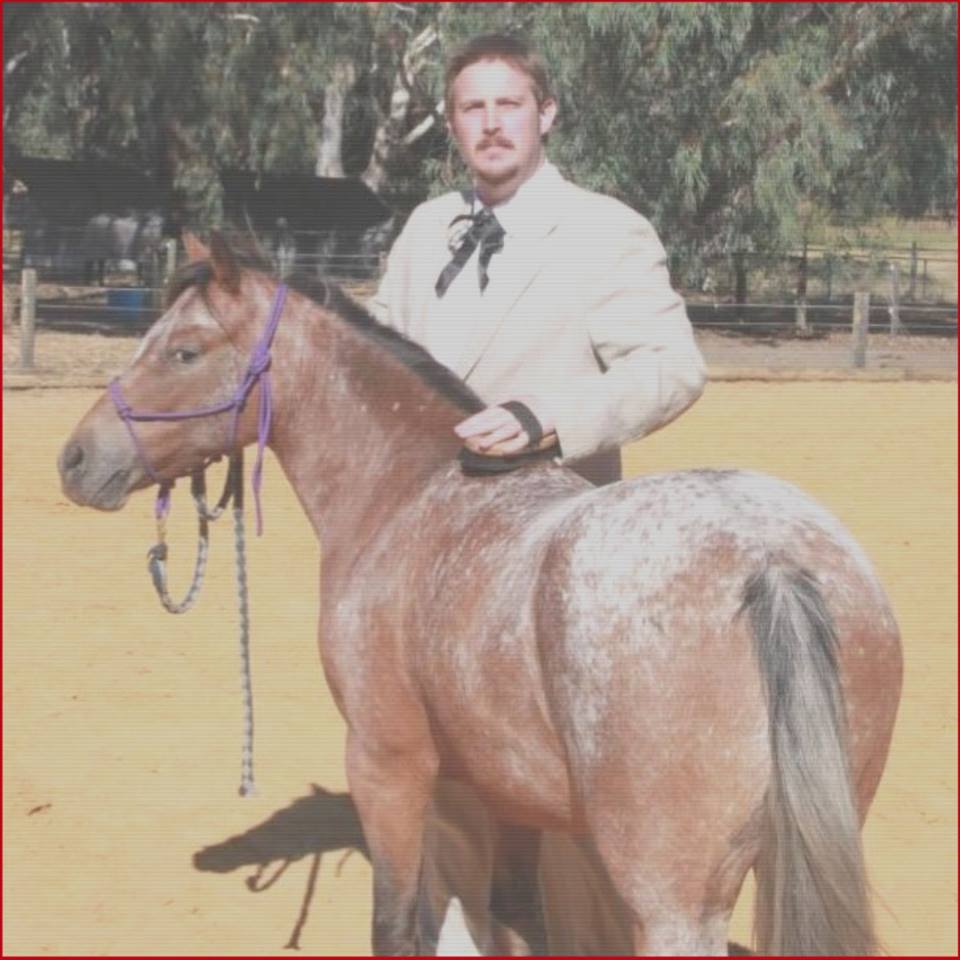