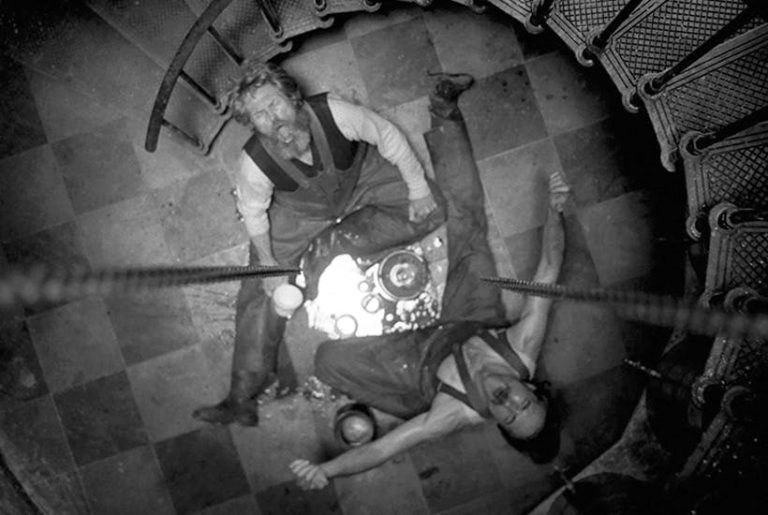 On my way to see this film, I thought about a story I had seen on TV some years ago about The Smalls Lighthouse Tragedy. Two men operated a lighthouse in Wales in the 1800s. During their stint, one of the men died in an alleged freak accident and left the other traumatised after being left alone with the body for so long. Following this incident, it became mandatory that three people work on a lighthouse at all times. An eerie, speculative thought from a story that had stayed with me for a long time. A sentiment that happened to set the scene for The Lighthouse, perfectly.

Robert Pattinson plays Winslow, a young man who arrives on an island in New England to join the cantankerous Willem Defoe, Wick, in maintaining an old lighthouse. We don’t know when exactly this film is supposed to be, but the black and white 35mm film and almost square aspect ratio (1.19:1 aspect) lend itself to being reminiscent of earlier this century. An anachronistic setting to host this tale of sea chanties, myths, mermaids and madness. I don’t even really know where to start with this film, but I have to declare immediately that I absolutely adored it.

The atmosphere and visuals that Robert Eggers and Jarin Blaschke have created is nothing short of magic. Crashing waves, seagull squawks and an incessant rhythmic foghorn are the accompanying sounds of this curious tale. The ocean is tenebrous, beautiful, dark…terrifying, a character in its own right – we are immediately submerged by the overwhelming ambience of this film.

I thought that I had an idea of what The Lighthouse was going to be about 15 minutes in because certain plot points were revealed earlier than expected. I was soon to learn that making such assumptions can be your undoing. Yielding far more than a ‘but-you’ve-always-been-here’ story, The Lighthouse creeps and creeps until you can barely move for the discomfort but it’s also, hilarious? Perhaps in my case, it was more an admission of fear.

Trapped somewhere between the land and sea, the character’s minds soon manifest their physical location in some kind of purgatory. Never quite realising how long they have been on the lighthouse or if there is any truth in what they see or each other. The only truths seemingly the numerous sea tales and warnings issued by Wick but seldom heeded by Winslow.

Pattinson does far more than just keep up with Dafoe, making for an acting dynamic duo you didn’t know you needed. The soon to become infamous monologue from Dafoe shot at an upwards angle below his weathered face, captures all his natural shadows and imperfections as he curses and chants through a spine-tingling monologue. No effects, just raw physical performance and a shot that in my eyes, is as instantly iconic as Jack Nicholson’s ‘Here’s Johnny’ moment in The Shining.

Wait until night-time, go to your nearest beach, look out into the open ocean, take in a deep breath of salty sea air, let your mind imagine what’s beyond and beneath; that’s The Lighthouse. 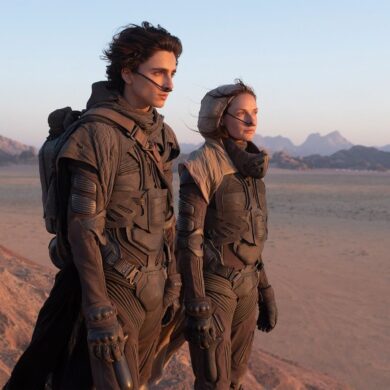