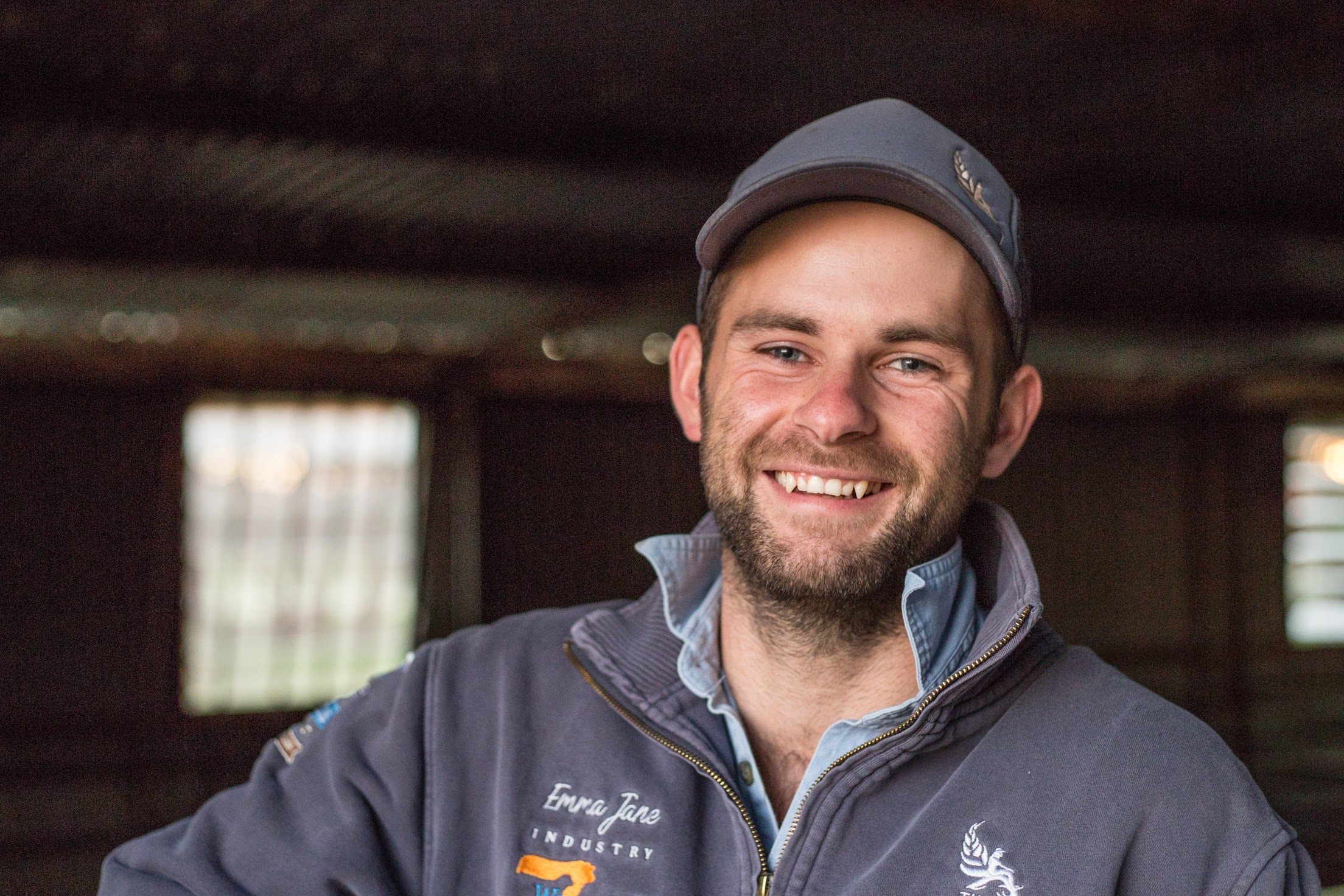 The Naked Farmer by Ben Brooksby Book Review – When it Comes to Mental Health, We Are All in This Together

It’s already been well and truly established that the year 2020 has been one for the ages. Kicking off with a climate catastrophe that left much of Australia devastated by bushfires, it has continually rolled with the punches by delivering a society-changing pandemic that has devastated the economy and has forced many to battle with arising mental health issues. This is not news, but it does make the appearance of Ben Brooksby’s downright essential book, The Naked Farmer, at the end of the year an act of immense comfort and communal support.

Living in western Victoria, Ben is a fifth-generation farmer who has lived with mental health issues his entire life. In The Naked Farmer, Ben writes about his story and the struggles he’s lived with, culminating in a traumatic event where his house and belongings were destroyed in a fire. Yet, a social media post that showed Ben completely starkers in a truck full of lentils helped change his life, and the lives of countless other farmers. Born in this moment was  the ‘Naked Farmer’ movement, where folks from around Australia got their clothes off in the name of mental health, and shedded the stigmas associated with the issues that plague the mind.

Across the land, a community that was already working in harmony with one another found another way of supporting each other. Through the proud honesty that comes with sharing their naked bodies on social media, these farmers also found a comfort in the honesty of sharing their stories of their own mental health struggles. Collated in this book are open and honest stories about the mental illness difficulties that farmers live with day in, day out. Ben’s interviews with subjects are transformed into relatable, compassionate, and naked stories about the broad spectrum of mental illness.

The Naked Farmer is not just about anxiety or depression, instead giving each story the breathing room they need to explore the wide array of mental illnesses that take up home in our minds. Stories come from a variety of people who work on the land, with people who live with MND, depression, PTSD, postpartum depression, being accentuated by those who live with the anxieties of being open about one’s own sexuality, and even to the story of a whole town in the middle of the remote Western Australian outback that lives with a detached reality. The Naked Farmer comfortably supports and nourishes each of these stories, accentuating the spectrum of mental illness with real people being honest and open with the world.

This broad spectrum of stories has a wide array of farmers asking questions like, how do we break the ice when it comes to talking about mental illness?, or in Georgia’s case, providing a useful guide to grieving (give it space, let it happen), or in the case of Kerry, we’re told of a story of a closeted gay man who lived a life in a happy marriage for decades, hiding his sexuality.

In one of the stories, a man named Daniel talks about how not everyone can talk to a counsellor, and that this book might be the saving grace for some. I genuinely believe that too. When the worst is at your door, you stare it down, take it head on, and reckon with it with the tools you have. If that means getting your kit off to encourage discussing mental health, then damn, it’s worth it.

In his story, I was reminded of the powerful moment in Genevieve Bailey’s essential documentary, Happy Sad Man, where, when visiting a country town, Bailey is approached by an older man who asks her how he would know that he’s depressed. With care and comfort, she leads him to a man who might be able to help the older gent talk about his own mental health struggles. Just like Happy Sad Man, The Naked Farmer rejects the notion that rural folks don’t want to talk about what’s on their mind, instead it shows that they’re all too willing if they’re given the chance. They often see the value in their own stories and the way they can help strangers be open with themselves.

In a salient moment that reminds us that as the food the farmers grow nourishes our bodies, so does it nourish our mind. In one story, the relationship with gut health and mental health is touched upon, highlighting the need to stay healthy for a healthy mind. While this isn’t an in depth expose on how to treat mental illness, it does at least provide a launching pad for discussions to be had with family, friends, and mental health support teams.

For the non-farmers out there, the stories here are relatable, but Ben’s writing ensures that readers are made aware of the added struggle of living on the land, where the day to day life of operating a farm is made all the more harder by the reality that often there’s no sick days, and there’s precious few people to take over when the going is tough. Reading stories about pregnant mothers who wake before dawn to tend to the livestock and the land, and return to the home to cook dinner and provide nourishment for the family, makes you realise just how hard people work to help bring your food to your table.

As you read The Naked Farmer, it’s hard not to keep the devastation of the lands in your mind. Whether it be drought or bushfire or diminishing water supplies, the difficulty of growing and maintaining a farm is already hard enough. Throw on debilitating mental illnesses, and you have to applaud the strength that farmers have to get through the day. Yet, keeping with the line of honesty that runs strong throughout the book, The Naked Farmer openly discusses the impact of suicides on the farming community, and the difficulties that lead to many farmers taking their own lives.

The Last Duel Review – A Worthy Look at Perspective and Truth

In a powerful moment, the fallacy of the ‘she’ll be right’ mentality is stripped away from the once common community rhetoric. The statement is exposed for what it is, a deflective statement that fails to allow for the space for discussions about mental health to flourish. It’s a statement that actively disregards the farmers life and work, suggesting that their activity on the land, and their mental acuity, is all in the hands of fate. Yet, each story in The Naked Farmer affirms the reality that this is far from the truth. These are hardworking people, pushing through immensely difficult situations to keep their farms alive. Fate doesn’t come into it at all when it’s clear that each step they take is to keep themselves, their community, and their country moving forward. Again, The Naked Farmer is about stark openness of farming life and the mental health of the farmers.

But, for a book that’s about the struggles of mental illnesses, the openness is never too bleak or overwhelming. Instead, the writing here is a proud reflection of the ethos of the Naked Farmer initiative, and just like the social media posts that have gone viral and caused countless discussions, Ben’s writing here is full of laugh out loud moments, highlighting the need to smile in the midst of darkness. By putting these stories out in the open, with photos of the naked farmers themselves, it’s asking the biggest question of all: if the most difficult thing is to get your clothes off and be photographed naked, then why is it even harder to talk about our mental health? This frankness is what makes The Naked Farmer a vital book for everyone. Just like the Naked Farmer movement itself, this book bridges the gaps and divides that separate the farming communities across Australia, where the closest farm might be over one hundred k’s away, managing the make your distant neighbour feel like your closest friend.

In 2020, we have found ourselves separated by isolation, divided by social media, and driven apart by a pandemic, but these realities for us all are ones that farmers live with day in, day out. Yes, this book is essential reading for the farming communities across the world, but it’s equally vital for everyone else to read and recognise the value in talking about mental health and the difficulties that plague our lives. Ben Brooksby’s unexpected social movement is a great one for the era we live within, one that aims to heal and care for those in need, and with this book, he’s affirmed its value and importance in our world.

Ultimately, The Naked Farmer highlights the fact that when it comes to mental health, yes: we are all in this together.