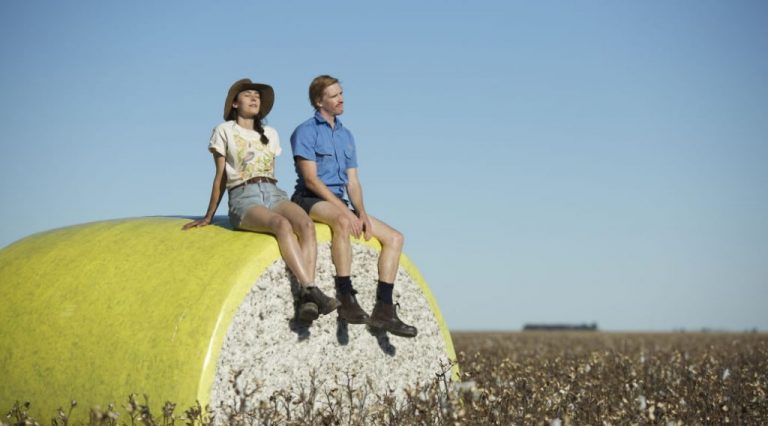 The Pretend One Opens the 2019 Australian Revelations Lineup

The year is in full swing, and with a new year means a new line up of Australian Revelations films. The first flick on the pile is one of the best Australian films of 2018, The Pretend One. Matt Eeles from Cinema Australia gave it a perfect rating, and I included the film in the Thirty Best Australian Films of 2018 list.

A quick refresher of what Australian Revelations is:

Run by Perth’s best film festival, the Revelation Film Festival, Australian Revelations celebrates Australian cinema with monthly screenings at The Backlot Perth, where attendees get to sample a bunch of great food and drinks, and enjoy a top notch film in a superb cinema set up.

So, March’s entry is The Pretend One, a film about a young woman, Charlie (Geraldine Hakewill), living in rural Queensland with her best friend Hugo (Michael Whalley). They tend to the farm they live on with Charlie’s father, Roger (David Field). Charlie and Hugo have been friends for their entire lives, which isn’t hard when you realise that Hugo is just an imaginary friend. But, what happens when Hugo starts interfering with Charlie’s life? Well, you’ll have to watch the film to find out.

As with every Australian Revelations, there will be an Australian produced short film before the film, with this months entry hailing from the WA Screen Academy from director Rachael Fitzgerald and writer Ana Victoria Neves.

Pick up your tickets here.

However, if for some reason you can’t make it to this screening, then fear not as there will be extra screenings around Australia. Check the list below to see where The Pretend One is screening in your neck of the woods.