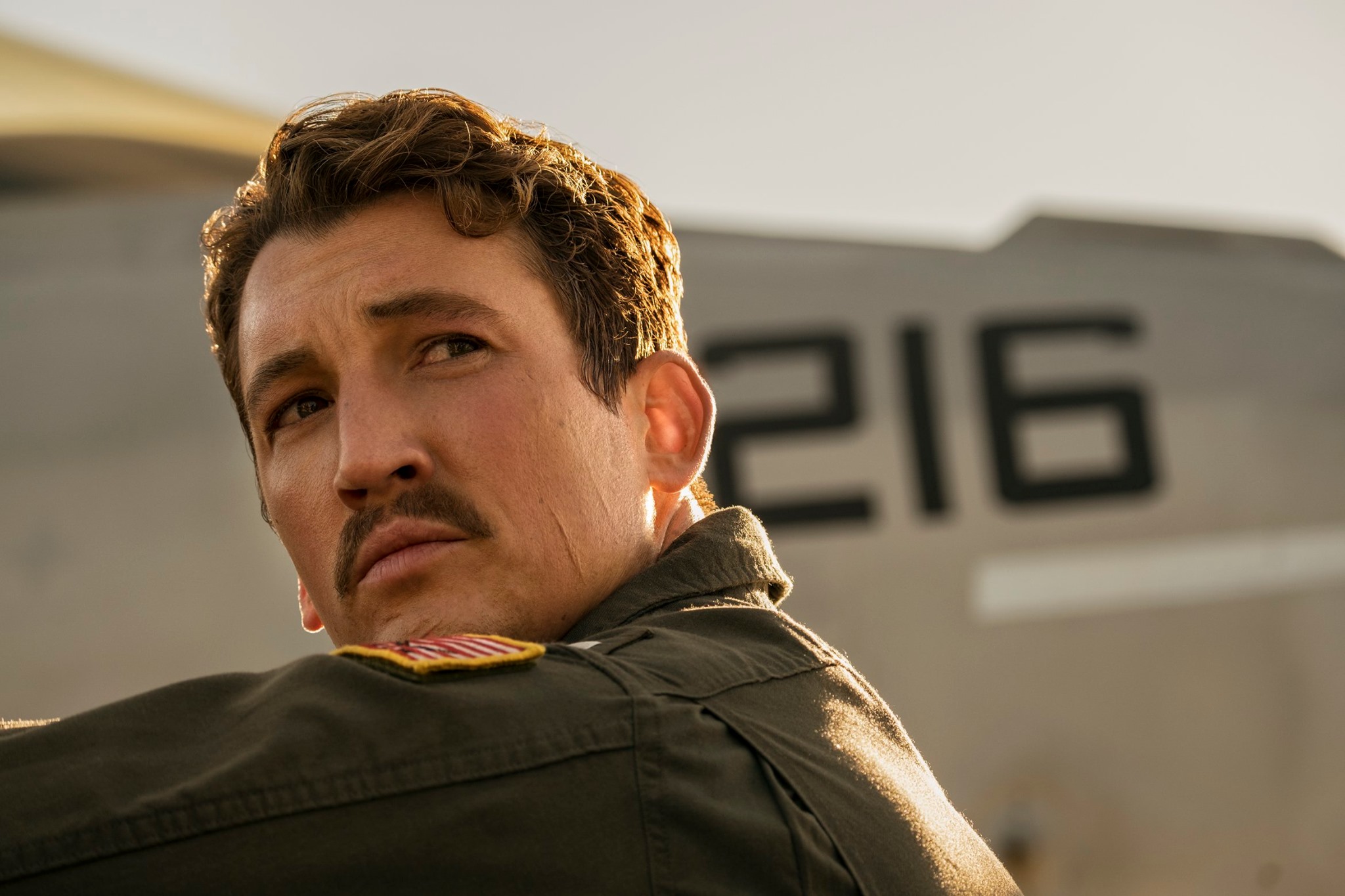 Top Gun: Maverick Review – Head Into the Danger Zone Once More with Tom Cruise and Co


In 1986 director Tony Scott made Top Gun, a film that changed the landscape of military action films and co-incidentally launched Tom Cruise into super-stardom. Although the film had its issues – not in the least the jingoism that it engendered, it has remained a staple favourite of not only the generation that saw it on the big screen (of which I belong) but also for many movie fans over the thirty-plus years since its release.

Top Gun: Maverick directed by Joseph Kosinski (Tron: Legacy, Oblivion) hews close to the original film in intent but allows for a deeper examination of Cruise’s Pete ‘Maverick’ Mitchell. Whilst Top Gun was essentially the story of a prodigiously talented but cocky rule-breaker who had to learn to work within a team whilst overcoming his issues with the legacy his father left, Top Gun: Maverick takes the route of positioning Maverick as a surrogate father figure who is dealing with guilt over the death of his friend, Goose, whilst trying to protect Goose’s son Bradley ‘Rooster’ Bradshaw (Miles Teller) by pulling his papers at the Naval Academy and slowing his career. The move has created a deep tension between the two men that has not been aided by Rooster’s inability to forgive Maverick’s part in his father’s death.

Eschewing the traditional military route to success, Maverick has been working on small projects, mostly testing jet capabilities. It’s pointed out that by this stage in his career he should have risen above the rank of Captain to Admiral, or even Senator (because that’s not an unreasonable career path for people in the US military). On the eve of his latest project being shuttered he is called back to the Naval Fighter Weapons School, AKA Top Gun, to train a new batch of pilots for a mission.

Maverick’s return to Top Gun is introduced via a bar scene where he reunites with his new (but old in the movie’s timeline, she’s the General’s daughter he got into trouble with in the first film) love interest, Penny (Jennifer Connelly). The bar scene also allows us to meet the students for the first time and gives us enough of their character beats to inform the rest of the film. There is the cocksure Hangman (Glen Powell), the nebbish Robert ‘Bob’ Floyd (Lewis Pullman, sure to be a fan favourite), and the ‘girl power’ embodiment Natasha ‘Phoenix’ Trace. Into the bar walks Rooster, who has clear animosity with Hangman. After Penny has Maverick jokingly thrown out of the bar by some of the recruits, who call him old-timer, Maverick watches Rooster take to the piano to sing ‘Great Balls of Fire’ just as Goose and Maverick did in the first film. The sense of melancholy and memory weighs heavily on Maverick, which is the emotional lynch-pin of the film.

Maverick’s disposition makes him a questionable addition to the teaching roster at Top Gun. Never one to go by the book (illustrated by him quite literally throwing away the book) he comes up against the brass at the Academy, in particular Beau ‘Cyclone’ Simpson (Jon Hamm). His mission (should he choose to accept it) is to prepare the recruits for a dangerous assignment in enemy territory where they need to destroy a maguffin. In reality, the whole training exercises and montages exist solely to give the audience what they want – kinetic shots of fighter pilots in the air, and moreover, getting Maverick back in the pilot’s seat.

As far as plot goes the film is relatively flimsy. Yes, there are emotional beats, and call-backs to the original film that are meaningful and sentimental – not in the least the cameo by Val Kilmer reprising his role as Iceman. Although this film delves a bit deeper into Maverick’s psyche the main concern is to get Cruise in the air and delivering spectacular set pieces.

Director Kosinski and cinematographer Claudio Miranda do exactly what the audience is holding out for. The training and fight scenes are immaculately presented and seamless. Watching the planes whirl like a ballet is genuinely exciting. In a CGI saturated cinema landscape the effects here don’t stand out as inept. The set pieces in the sky are viscerally tense and visually perfect, and to be fair, that’s essentially what audiences are shelling over their dollars to see, so it is a damn fine thing that they deliver.

The movie does not exist for Maverick to pass the baton to a younger generation – it is firmly a showcase for Cruise. Characters are built around Maverick and its an inevitability that the focus never really strays from him. The recruits have semblances of personalities but with the exception of Rooster those personalities are very vaguely explored.

Tom Cruise is a consummate action star. Cheesy dialogue and over familiar story tropes aren’t really going to take away from the spectacle on screen. Top Gun: Maverick isn’t a great film in the cinematic pantheon, but it doesn’t really need to be. It delivers capital E entertainment and genuinely acts as a crowd pleaser. The philosophical undertones that the Military Industrial Machine is “good actually” existed in the original film. Some may find the ham-fisted propaganda a little hard to stomach in 2022 where Top Gun existed in a slew of Cold War adjacent films extremely common in the 1980s. Nonetheless, no-one really comes to these films expecting a deep understanding of world politics. People come to see aircraft go really fast, feats of derring-do, and incredible action. Top Gun: Maverick delivers all that in spades, so strap in once more and get ready to head into the Danger Zone.