Welcome to Straya, the First Novel From Screenwriter and Critic Anthony O’Connor!

This book is a rollercoaster. Climb aboard and hang on!

Alex Proyas, director of The Crow and Dark City

Anthony O’Connor, screenwriter of cult Australian films Angst and Redd. Inc, is about to unleash his first novel with Straya, an anarchic and raucous ride through the bowels and other organs of post-apocalyptic New Sydney.

I love a sunburnt dystopia.

Straya lies in ruins. A once proud nation, the former Australia has regressed into a patchwork civilisation cowering under the deadly heat of a merciless sun. Savage violence lurks around every corner. The pubs are still good, but.

Something terrifying takes form in New Sydney. A colossal beast rises, as unspeakably powerful as it is malevolent, and if Franga and his crew of misfits can’t stop it? Then all of Straya is completely farked.

Set in a futuristic Australia desperately coping with inequality, racism and the effects of climate change, Strayabalances canny social allegory with subversive wit and an oddly optimistic sense of hope. It marks the fiction debut of one of Australia’s most singular film voices on either side of the critical divide.

About the Author: Anthony O’Connor is a writer, reviewer, teacher and journalist. He has written original screenplays for the indie Aussie romcom, Angst, and the blood-soaked, allegorical office horror, Redd Inc. (aka Inhuman Resources in the US/UK). He bangs on about film, TV and video games for numerous outlets and, occasionally, to disinterested cats. O’Connor regularly contributes dialogue, story beats and additional writing for film and TV projects.

The book launches on May 8 (mate!) 2021, releasing in paperback, ebook, and audiobook, with preorders available now.

In Which Andrew Tells… How to Create Equality in Cinema. 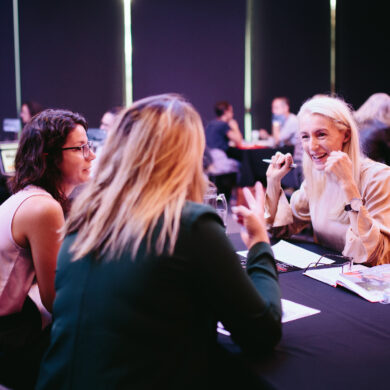