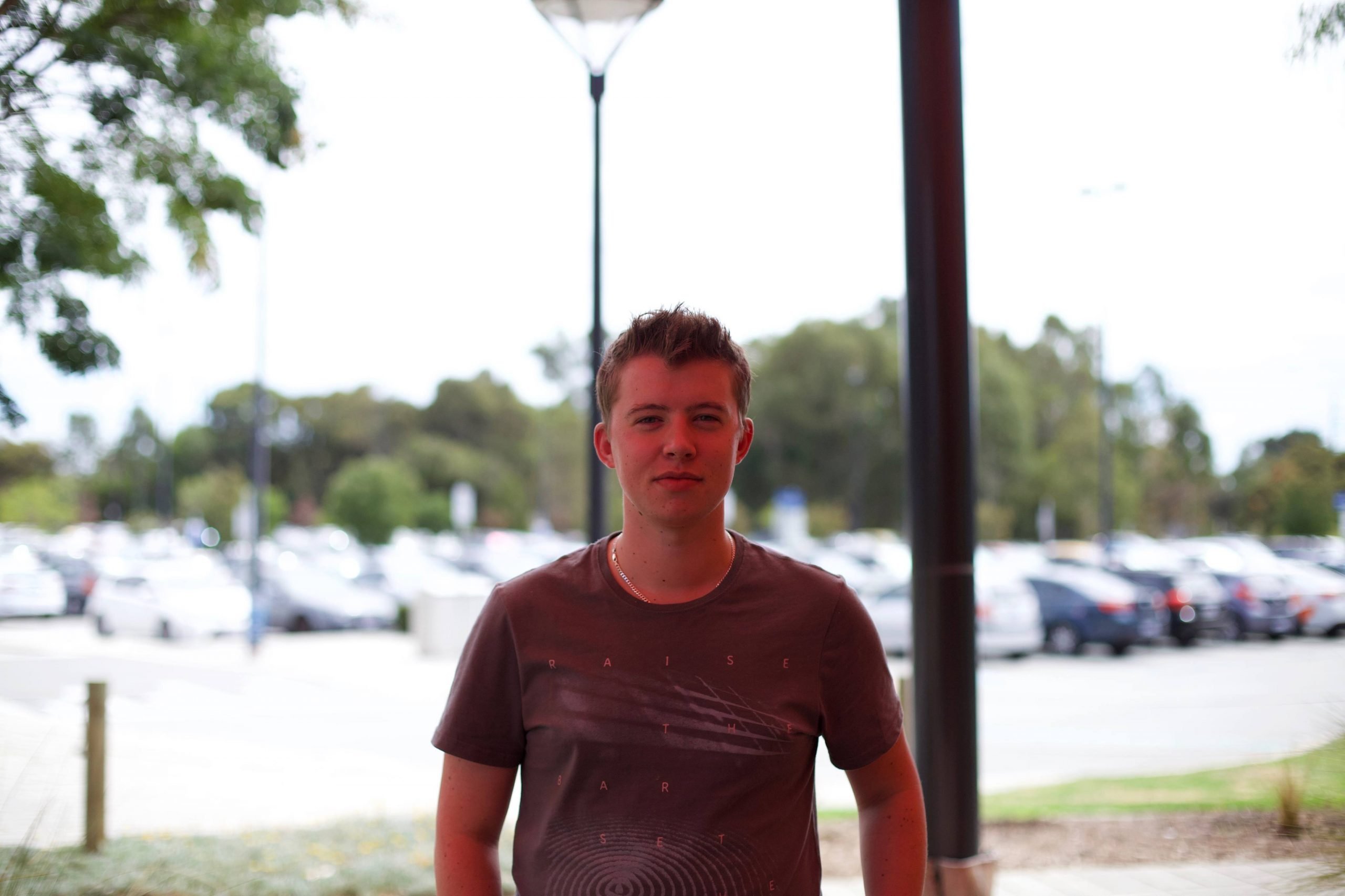 It is September, 2018. I have just completed my course at Edith Cowan University. I have acquired double Bachelors Degrees in Communications and Arts. The day is nice. It takes me back to the day I finished high school and saw the world before me. What do I do?

It is July, 2019. I have just left my job at KFC in Rockingham. I had not planned to quit when I went in that day. It happened in a matter of moments and there was no turning back. I finish my shift, tell the manager I’m leaving, and turn words into actions. When I exit, I lay out on the grass across the road. The ANZAC Memorial park. It is a grey and cloudy day. I feel a tremendous weight lift from my centre, followed by an even heavier one replacing it. Where am I going?

It is August 2nd, 2019. My ex-girlfriend sends me a sudden message. An Instagram post from the Revelation Film Festival. It is an advertisement of sorts for writers to join The Curb, an Australian film and culture website. I thank her for reaching out to me. I email the editor, Andrew Pierce, later that day. Will this work?

It is August 26th, 2019. My first article for The Curb is published, celebrating their self-appointed “AUSgust”. In the piece, I express my respect and admiration for Stephan Elliot’s animated feature Mary and Max. I find the film to be one of the finest Australian films. I have two more pieces published later about other Australian films I love. What will this be?

It is January, 2020. I get a job working at United Cinemas in Rockingham. I feel like it’s a dream come true. I love movies, so it seems that a cinema is the right path. The year starts to look better. My writing continues with The Curb. Is this the start of something good?

It is April, 2020. The Prime Minister has announced a nationwide lockdown which lasts three months. The world has come under the shadow of a pandemic that will change everything. I ask a question that billions more ask: what now?

It is April, 2021. The virus remains, but Western Australia seems to have things under control. I have finally acquired my provisional driving license, and feel a sense of freedom I’ve never felt. Citing a need to do more and find something better, I leave my job with United Cinemas. My departure is amicable with the management. A change from my previous work experience. What did I just do?

It is August 26th, 2021. Today is the exact day that I celebrate 2 years of writing for The Curb. This will also be my 100th article for the website. I have recently been promoted to an editor for the site, assisting Andrew Pierce with publications and site management. I feel a sense of comfort and ease knowing my work is appreciated. How far have I come?

The clock ticks over to 6pm. I am writing this at my parents’ dinner table. In my ears plays the Philip Glass score for Godfrey Reggio and Ron Fricke’s 1982 masterpiece Koyaanisqatsi. I have already drawn upon Doctor Manhattan remembering his life during his Martian exile, my favourite part of Alan Moore’s Watchmen. The connections entertain only me.

My name is Christopher Spencer. I am currently 25 years old, and I am a film critic.

In moments such as these, I cannot help but recollect my journey so far. I started writing reviews in such a humble and silly fashion. I would read the Rotten Tomatoes consensus for any movie I had just watched or that I already liked, and would basically rewrite the same statement in my own words below.

I started to branch out more in the summer of 2013, writing reviews for movies I had just seen as Facebook posts. Some family and a few friends would like them, comment below, and in private offer feedback. I wasn’t good at it. I feel comfortable saying so.

I wanted to branch out further, and tried to get a few writing gigs with the ECU Guild Magazine and with UWA’s Pelican magazine. Neither went further than a few published bits here and there. A year passed. The GSM became Dircksey, and I put my hand up to write for them again. They accepted.

I would spend the last two years of my university journey writing for Dircksey and having almost any movie review published either in print or on the website. It was a nice thing, but wasn’t any more than an outlet. No feedback was offered.

When I finished my course, I felt I should be doing more. I tried submitting more articles to Dircksey, but fewer and fewer were being published. They started advertising editor positions, which I couldn’t apply for as I was no longer a student. I was frozen.

The Curb came along at the perfect time. This is something truly rewarding and challenging in the best possible way. With my first few reviews, Andrew suggested I should change my style, not being too comfortable with the same format each time. As 2019 went on, I felt a change inside myself. So many notable and interesting films were coming out, and several like The Australian Dream, Ad Astra, and The Irishman had profound effects on how I see the world. A deeper recognition of the traditional owners and custodians of the land I walk on, where I see myself in the grand scope of the universe, and the reality of fading away one day.

2019 ended, and the promise of 2020 arrived. Personal plans were set in motion to build on momentum and develop my dreams in the film industry.

The obvious and unspeakable happened months later. Among death, decay and panic about the state of the world, my deepest love in the world was in crisis. Cinemas were closed. Streaming became the only way to watch anything. Will it ever return? I expressed my sadness and optimism in a piece published on May 11th.

In the winter of discontent that we all had to endure, I took the opportunity to deepen my knowledge of classic cinema. I finally watched the films of Akira Kurosawa, worked on a two-part video about his career and meaning as a filmmaker, and found a richer appreciation for the artform.

Movies slowly returned to Western Australian cinemas in August of 2020, and with every film review I wrote, some having a whole month of space between them, I would examine how I could be better. How could I see films differently, understanding subjectivity and objectivity, and not boiling things down to “good” or “bad”. How do other people through social media engage with the same film I am watching? This is not to say I was not aware of such ideas before 2020, but it became the primary factor in my writing. As a result, my reviews got longer and longer, with my review of Tenet stretching to 3 pages of Nolan-fan rambling.

In December that year, I attended my first ever film festival, Revelation, seeing Firestarter: The Story of Bangarra as the opening work. A fitting connection as it Revelation’s Instagram that started this new journey. In 2020, I was lucky enough to see Star Wars, Jurassic Park, Jaws, Sunset Boulevard, The Matrix, Inception, Before Sunrise and Before Sunset, The Empire Strikes Back, Return of the Jedi, and Akira all in a cinema for the first time. Experiences I will cherish for the rest of my life.

I am not a perfect writer. I know where my faults lie. My structure is still the same, with my paragraphs always ordered into reviewing specific elements like performances, direction, editing, cinematography, script, score, and effects rather than the whole. I wish my writing had the kind of general flow of the work of critics from Variety or The Hollywood Reporter. I am always learning.

Perhaps there is some grace in my development. I try to avoid making larger connections or exact statements about artistic intent. I don’t know such things. I think I like to see those individual elements as things of vital importance. Films are made by individuals working together.

In the years to come, my writing will develop. My style will be taken onto a cold stone, sharpened into a crucial tool. I will always hunger for something new, some fresh challenge. As I see it, that is what my life has been, consciously or not. I want to find something more. Something extraordinary. I hope I can reflect that wonder inward to myself. Sometimes my life is out of balance. A loss of control. But when the path seems obscured, I turn to The Curb and the kindness of Andrew and his community of writers, and thus I turn to more films of any kind for true salvation.

The cinema is a church. The audience is your community. The movie is your guiding light in darkness. I hope that my words can help you realise with some measure of clarity the eternal beauty of film. For 100 articles and 2 years, Christopher John has felt at home with The Curb. The greatest challenge I can give to myself is a simple question: what’s next?