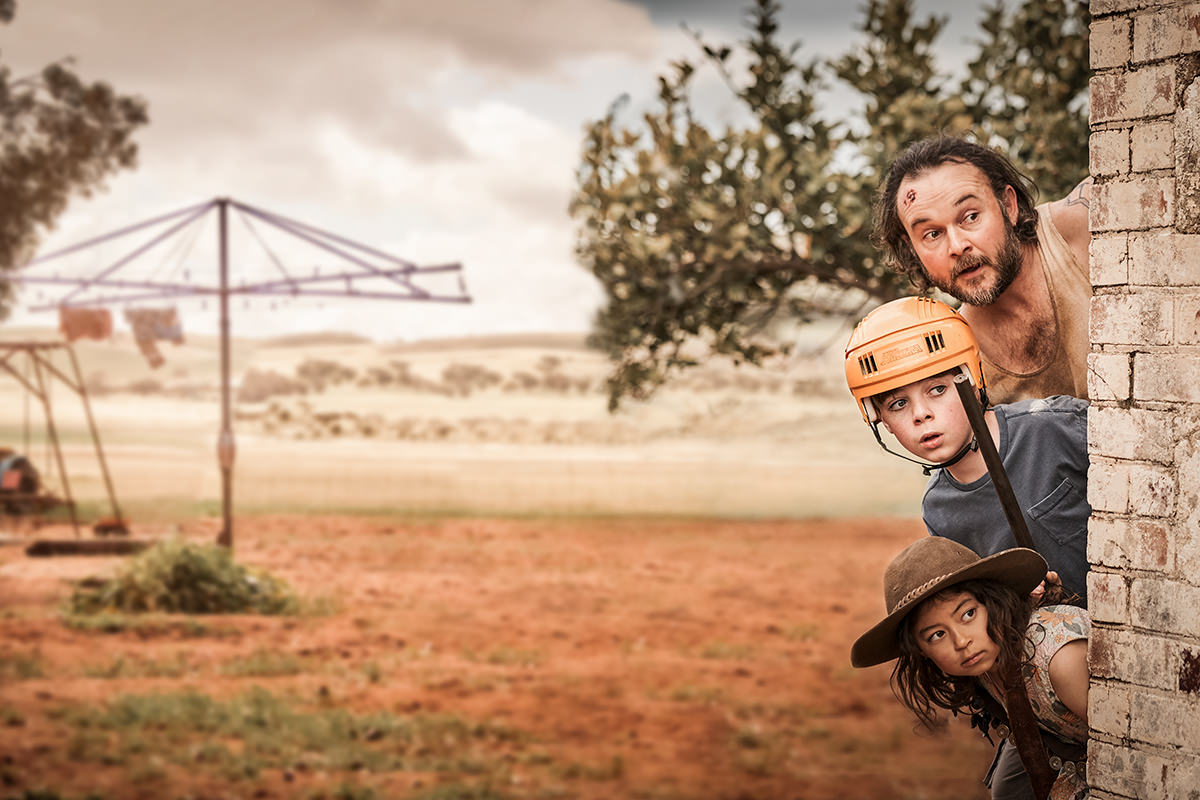 Across three films, (Snowtown, Acute Misfortune, Measure for Measure), Daniel Henshall has perfected the piercing stare. It’s a look that tears open your soul and glares into it with a manner of furiousness that wrings your gut dry. His work in Snowtown and Acute Misfortune will cause your palms to itch and the roof of your mouth to tingle with fear, with his gangster turn in Measure for Measure ensuring you’ll never want to walk near a Melbourne lake ever again. These three films alone would hint that Daniel Henshall is on the track to become one of the modern great Australian actors, let alone the myriad of stellar television appearances he’s made.

With his affable, yet moderately cautious, turn as a crim-on-the-run in the rare Aussie Christmas film, A Sunburnt Christmas, that absolutely affirms his legend status. Covered in tatts that tell tall tales of lost loves, and with a roughshod beard that could fight off a razor with both hands tied behind its back, his Daryl Dunn – ‘Dunny’ for short – is your everyday Aussie bloke with a rough past. Scarpering from hospital in a nicked Santa costume in a stolen ‘Outback Santa’ panel-van, replete with a freshly sutured stab wound, Daryl makes for the country where a bag of ill-gotten funds reside. Hot on his tail is Sullivan Stapleton’s towering behemoth Christmas-lore-savvy crim, Dingo, more than eager to relinquish Daryl of his dirty dosh, and his life.

Somewhere in drought-stricken rural South Australia, resides Hattersley Homestead: a rundown little farm where widower Fiona (Ling Cooper Tang) mournfully walks the land after the loss of her husband. Taking control and care of the property, and fending off a voracious debt collector, are Fiona’s kids, Hazel (Tatiana Goode), Christmas-obsessed Daisy (Lena Nankivell), and hypochondriac Tom (Eadan McGuiness). It’s also the place where Daryl’s cash resides, mysteriously hidden somewhere ‘under a Christmas tree’, or so goes the last words from his crim-pal before he died.

Daryl quite literally crashes into the abode of the Hattersley Homestead occupants, upturning their lives and making Daisy and Tom believe that Santa has come for Christmas. It’s here that A Sunburnt Christmas instantly becomes an Aussie Christmas classic, sure to find itself on high rotation each festive season. I knew that Daniel Henshall had all the serious skills as an actor, but his comedic timing, and smooth chemistry with the kids, shows that he’s got a career full of limitless opportunities ahead of him.

The utterly delightful Lena Nankivell positively steals the film with her exuberant and expressive Daisy, an outwardly optimistic kid who blasts at the sky with a shotgun, hoping to break the drought by upturning the clouds to dump rains upon the land. Her tangible shock from having ‘shot down Santa’ is made all the more endearing by her repetition of one line from ‘we wish you a Merry Christmas’ that fills the air with a sing-song joy that is charmingly infectious. Every moment that Lena steals the spotlight is a moment that confirms that this young performer has a long career ahead of her, if she so desires. She’s matched with energy by Eadan McGuiness and Tatiana Goode, all proving that the upcoming generation of Aussie actors is in safe hands.

Director Christiaan Van Vuuren navigates the comedy and heart perfectly, balancing a tightrope of tones as he sways from heightened moments of tension that influence a Home Alone-esque climax, to moments of genuine emotional truth that helps make A Sunburnt Christmas resonate with viewers, to a roaring undercurrent of generationally appropriate humour. Moderately juvenile jokes are balanced by a fair dose of adult comedy that makes this one suitable for mature families, while also ensuring that everyone will be laughing continuously.

The absolutely stellar, tight script by Elliot Vella, Gretel Vella, and Timothy Walker is sure to become a template for any future Aussie Christmas films to come. This is a lean and keen script that is hotly steeped in Christmas film traditions, with an undercurrent of wonderful nods to the story of Jesus that help build up Dingo as a uniquely charming villain.

It’s a genuine surprise to see how utterly brilliant A Sunburnt Christmas is, so much so that you can’t help but wonder whether Aussie filmmakers have been so terrified of Santa and his seasonal cohorts that they’ve avoided the silly season on screen. Well, the dam has broken, and as this top tier film shows, you don’t need snow or sweaters to tell a Christmas story. You just need a wealth of heart and joy, and a banger of a tale to go with it. I can’t wait to revisit this modern delight next year round, and every year after that. Here’s to a new Chrissy classic!

Hugh Jackman – The Man. The Music. The Show. Perth Review – An Evening with an Inclusive Icon 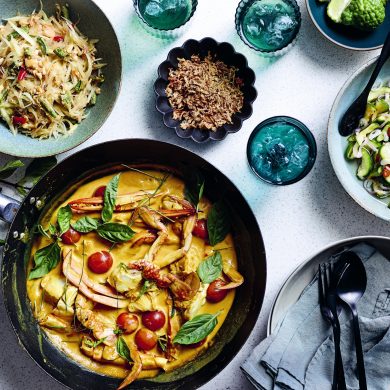