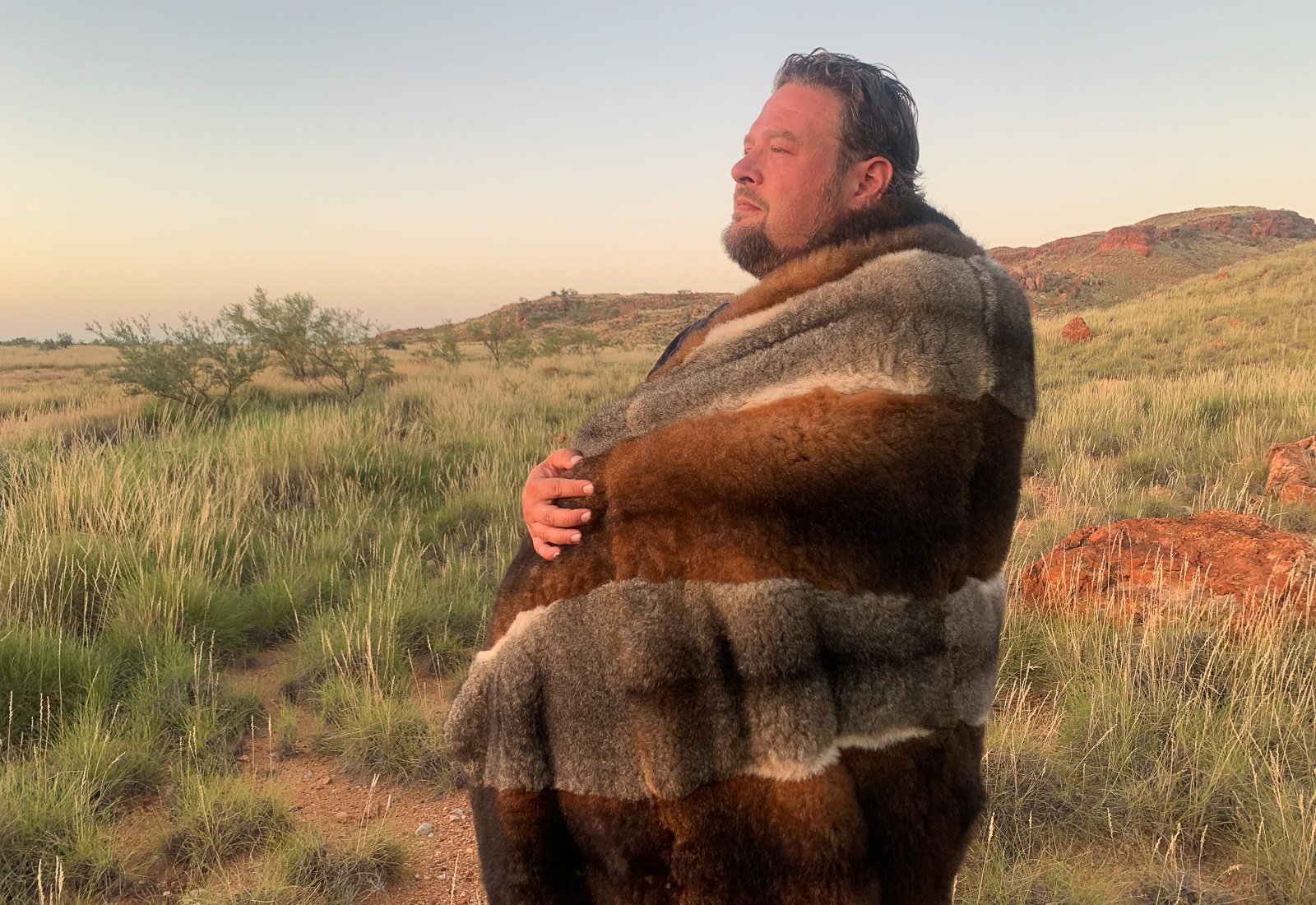 From the vibrant and joyous work from Rachel Perkins, to the breadth of Ivan Sen’s catalogue, and the towering importance of Warwick Thornton’s filmography, and the varied joys of Wayne Blair work, alongside the emerging Indigenous filmmakers like Dylan River and Tyson Perkins, the Australian film industry is currently witnessing the work of the Indigenous New Wave filmmakers. Collectively, these filmmakers are reshaping the identity of Australian cinema, and proudly reasserting the place of Indigenous culture on screen. But it would be an act of wilful ignorance to think that this group of filmmakers are the first to bring Indigenous stories to screen.

Enter the history of Bill Onus.

Thanks to his grandson, Indigenous Opera singer Tiriki Onus, and co-director Alec Morgan, the reveal of a vital slice of Australian film and cultural history is proudly displayed in the expansive documentary Ablaze.

Yorta Yorta and Wiradjuri man Bill Onus was already a highly respected figure in the civil-rights movements in Australia’s history, but through a chance discovery of silent film footage, the realisation that he was likely Australia’s first Aboriginal filmmaker is revealed. Hidden in the uncatalogued depths of the underfunded NFSA is a powerful silent film showing Aboriginal protesters at a work site demanding equality, a stage play, and other culturally important artefacts.

Paired with the act of segregation, long thought to be an aspect of the past, but still thriving today, the obliteration of Aboriginal culture (one of the enduring cruel aspects of colonisation) was something driven by the government of the day. Aboriginal history has been segregated from the world, archived, forgotten, and neglected in a manner that denies Indigenous directors like Bill Onus their place in Australian film history. Thankfully, Tiriki Onus revives Bill’s legacy with a detective-like investigation that makes up the breadth of Ablaze, with Tiriki scouring through Bill’s past to create a deeply informative documentary that honours his grandfather proudly.

Tiriki’s pride for his own heritage and the desire to heal it after the damage inflicted upon Aboriginal culture throughout the centuries due to colonisation, is a tangible aspect of Ablaze. Not only is Tiriki striving to bring the story of his grandfather to the world, but also to remind viewers of all the different ways that white Australians sought to strip away the Aboriginality of Indigenous culture.

In a conversation with Jack Charles, Tiriki hears about the possum skin wraps that would grow with the wearer as they aged. Starting with one skin, each year a new skin would be added, with the wearer’s life story being drawn onto the underside of the skin, ultimately growing into a grand wrap that would embrace their body with warmth and years of history at once. As native fauna’s fur became a desired item for the wealthy, the government of the day made it illegal for Indigenous folk to wear possum skins, further proving the erasure and destruction of Indigenous communities.

Ablaze weaves together multiple motifs, notably one that has Tiriki creating a possum wrap in honour of Bill, upon which he retells Bill’s story as he scorches his story onto the skin. From Bill’s role in the civil-rights movement, to his desire to bring Aboriginal culture to the masses through Aboriginal-led stage plays, to his work as an assistant on Charles Chauvel’s films, it becomes clear that Bill’s history is an integral part of Australian history.

Another iconic figure that we meet in Bill’s cultural sphere is Reg Saunders, the most famous Aboriginal soldier in WW2 history. At once, Ablaze works in harmony alongside the equally essential documentary, Black ANZAC, a film that details the lost history of Aboriginal and Torres Strait Islander servicemen in Australian military history. Here, Saunders appearance in the found footage is as a tram operator, with Tiriki’s investigation leading him to an ANZAC historian who unveils another devastating aspect of Australian history that is best discovered in the film itself.

The power within Ablaze makes it utterly essential viewing, with Tiriki and Alec Morgan providing an unflinching presentation of history, including the horrifying story of the film Manslaughter, a film about the impact of atomic bomb tests near Maralinga, Western Australia. The impact of these tests are still being felt today, making the utter negligence and arrogance of the Australian government then (and now) even more infuriating.

Along Bill’s journey, the ever paranoid and racist actions of ASIO marked him as a person of interest, causing Bill and his friends to be tracked by the organisation. While the majority of Bill’s footage has been destroyed in the titular fire, there’s a grand irony that ASIO themselves created a catalogue of Indigenous history and culture by secretly filming Aboriginal activists. That footage is presented here in a pristine manner that will make you wish that the NFSA was more securely funded so that footage like Bill’s may be discovered and restored for the austerity of Australian history.

Ablaze is succinct and clear with its narrative, embracing a complete history of Indigenous history, and adding to the growing catalogue of documentaries like Zach’s Ceremony and In My Blood it Runs, that highlight the importance of continued connection with culture and land for Indigenous Australians. This is an unflinching look at Aboriginal history from a cinematic perspective, and with that in mind, Aboriginal and Torres Strait Islander viewers need to warned in advance of the extreme violence and oppression in the film against Indigenous Australians.

As someone who prides themselves on a keen understanding of Australian film history, I’m eternally grateful to Tiriki Onus and Alec Morgan for taking us on this journey and sharing Bill Onus’ legacy with the world. Now, when I think of the work of Warwick Thornton, Ivan Sen, Rachel Perkins, and more, I will forever think of their forefather, Bill Onus, an Aboriginal filmmaker whose work we will never get to know, but whose impact on Indigenous culture will be felt for generations to come.

Ablaze is one of the most essential documentaries about Australian culture in recent year. An absolute must see.