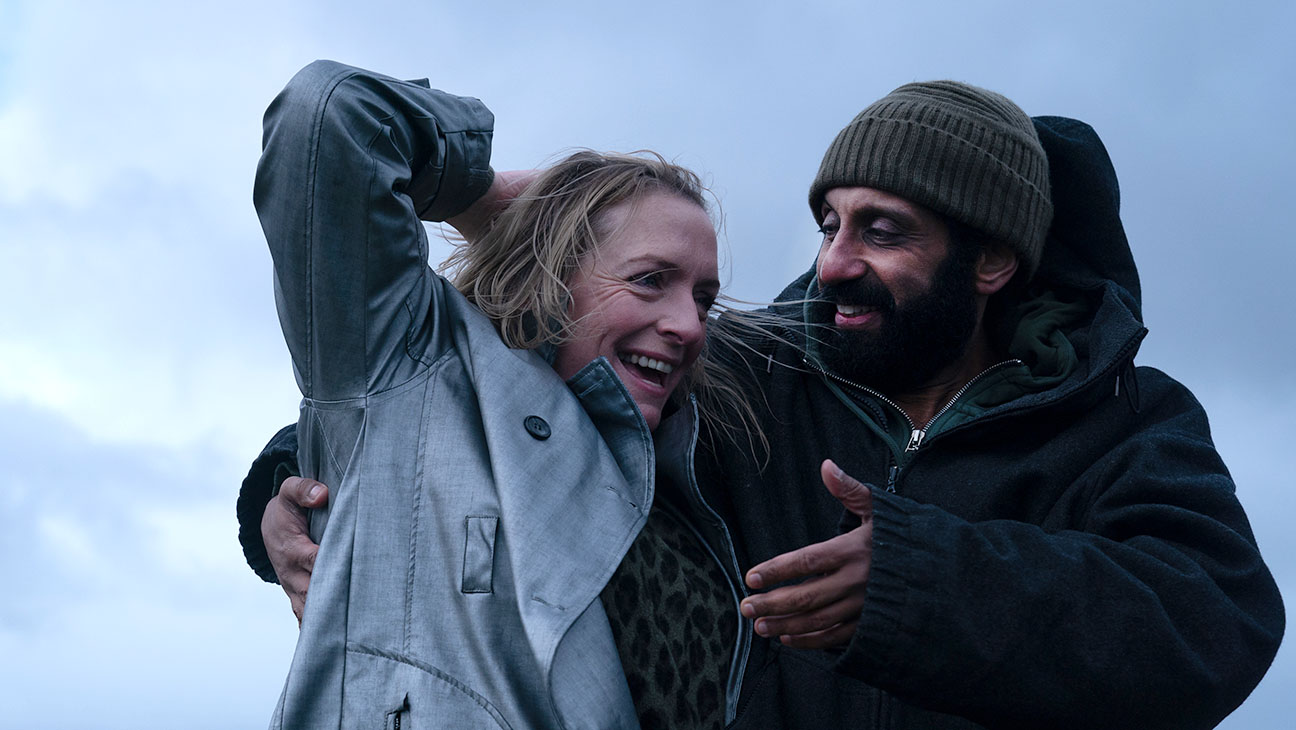 Clio Barnard’s exceptional social realist romance Ali & Ava is a testament to finding joy. Set in Bradford in Yorkshire, a working-class city that Barnard refuses to treat as a place of doldrums, instead focussing her efforts into crafting the strong sense of community the characters find there.

Ali (Adeel Akhtar) is a British Asian who ostensibly works as a property manager for his close-knit family. On the outside Ali brims with energy and vigour, but underneath his façade is a private pain – he and his wife Runa (Ellora Torchia) are separating, and he hasn’t been able to share the news with his family. Privately he hopes they can reconcile but Runa has outgrown Ali and his childlike energy that still sees him trying to relive his glory days as a DJ.

Ava (Claire Rushbrook) is of Irish descent and is a single mother and now grandmother to five. She separated from her abusive husband, Paul and went on to do a degree. Ava works as a teaching assistant in a Bradford primary school. Her focus is care of others, whether that be for the children she works with or a myriad of people in the community who rely on her. Her home in a part of Braford where even taxis don’t want to service, is open to those who need it. She lives with her son, Callum (Shaun Thomas) who seems to have inherited some of his father’s darker tendencies.

Ali and Ava’s active work in their community brings them together when Ali picks up Sofia (Ariana Bodrova) the daughter of one of his tenants from the school where Ava works. The weather is miserable, so he offers Ava a ride home. From the moment of that first encounter Ali and Ava develop a rapport based on gentle teasing and a recognition of kindness within the other. Akhtar and Rushbrook have genuine screen chemistry that never seems forced. Part of the reason Barnard’s film works so well is that we believe these people can develop a relationship and hope they will.

The course of true love rarely runs smoothly and for Ali and Ava this maxim is true. There is a sense of a middle-aged Romeo and Juliet to the proceedings, but by no means is Barnard’s film a tragedy. Facing opposition to their relationship from family members, especially Ava’s children Callum and Michelle (Mona Goodwin) and Ali’s sister Usma (Krupa Pattani) the couple need to fight prejudice but more importantly they need to uncover the truths that have led them to where they are in life.

Over a lunar month Ali and Ava slowly discover each other in profound ways. For Ali who always takes things from “nought to seventy” Ava’s reticence to tell Callum the truth about his father is baffling. Callum’s attachment to a fantastic idea of his father is to hold on to a pair of hard boots – the same boots used to abuse Ava and Michelle. Callum blames Ava for his father’s premature death due to alcoholism and views any new relationship she may have with violent contempt. A new father himself, Callum is idealising his paternal relationship perhaps because he has yet to figure out what being a father means. As gently as Ava tries to guide him, her influence is seen by Callum as compromised when she creates a bond with Ali.

As much as the central characters are essential to Ali & Ava, so too is the community they inhabit. In a particularly poignant scene Ali stops a bunch of bored school kids throwing rocks at cars by pumping up some music he knows they will love on his car stereo. Instead of chastising the kids, Ali offers them all a lift home. There is an infectious delight that Ali finds in his city and Barnard never allows Bradford to be a less-than place. Bradford is alive for its residents and although far from picture-perfect it is a space that is the perfect ‘sympathetic background’ to Ali and Ava’s relationship.

What Barnard crafts in Ali & Ava is a film about finding a state of grace. Akhtar and Rushbrook both produce excellent naturalistic performances which in tandem with Barnard’s social realist aesthetic generate a filmic narrative that is compassionate and warm despite the troubles the characters have faced in the past. In a setting that could be bleak and unkind, Barnard offers hope for the lovers, but more than that, she sees that there is hope and love to be found in all of the lives she depicts. Ali & Ava is touching and gentle filmmaking that reveals great tenderness not only for the protagonists, but for the entire community they inhabit.