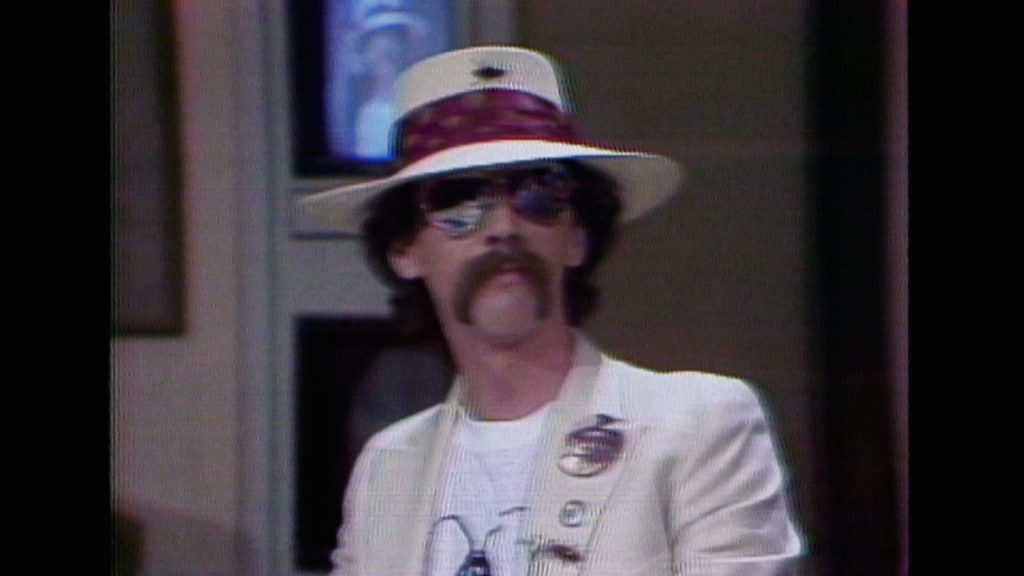 Art of the Prank Review

There’s something joyful about sitting down and watching a film that you have no prior knowledge of before it’s unveiled on the silver screen in front of you. There’s no pre-conceived notions as to what the film should be; there hasn’t been countless YouTube reaction videos to its trailers and frame by frame dissections of ‘what does this mean’. It’s simply a film laid bare for you to experience.

That’s how I came to Art of the Prank. And arguably, it’s the best way to come to this film. Not knowing anything about it other than that it’s a documentary, it’s funny, it’s informative and it’s a film that you should seek out. Part of the 2016 Revelation Film Festival lineup, Art of the Prank follows the varied exploits of Joey Skaggs – a prankster, an activist, the grandfather of the media hoax, an artist.

For a long while, the modern ‘prank’ has been associated with pranksters like the Jackass crew or Ashton Kutcher’s Punk’d shows. These shows were simply designed to create laughs and shock with gross-out acts. They were very surface level ‘pranks’ that were simply designed to entertain in some form. Joey Skaggs however, used the medium of ‘pranks’ to manipulate the media. Specifically, to show how easily the media can be manipulated and duped into airing stories that they either fail to verify, or simply want to be the first to cover.

In the age of Facebook and 140-character tweets, it’s easy to understand the allure of a news piece which catches the eye; stories that seems just true enough to be real. Joey Skaggs pranks were simply that, to not only trick the media into thinking they were real – what with pranks like the confessional booth on a bicycle, or the bordello for dogs – but to then also shine a light on the foibles of the media when it’s finally revealed that it was not real at all. The many varied pranks make for some genuinely hilarious moments – the aforementioned bordello is a simply joyous moment as the media fuel themselves into a frenzy about bitches being pimped out in New York. One particular moment where Skaggs portrays a doctor in a news interview while dressed in an over the top, extremely obvious ‘fake’ uniform is exceptionally funny simply for the ridiculousness of the situation and how obviously fake it is – all the while, the reporters sit in a dead pan serious pose, believing every word out of Skaggs mouth.

Some documentaries have an interesting idea or subject and fail to deliver that in an entertaining manner. Fortunately, Art of the Prank is both entertaining as well as very, very enlightening. Joey Skaggs is an intriguing and relatable individual. He wants to help make changes in the world, and can do that through the way he knows best. These ‘pranks’ aren’t the ‘pop a balloon behind someone and run away’ style – they are living art pieces. They exist in the world to help people look at the world in a different manner, or to encourage people to think outside their usual 24/7 world.

While I’ve become accustomed to tuning into Media Watch to get a gauge on what the media is up to and whether they are right or wrong, Age of the Prank reminds us that it is up to us to take action and be responsible for not just taking that unverified Facebook update as gospel. It asks us to make sure that we keep the media accountable for what they are reporting, while also encourages us to think about what is reported. After all, there could be a mind like Joey Skaggs behind that news report who wants you to think more about a certain subject.

Art of the Prank is highly recommended viewing and will have its Australian debut at the 19th Revelation Film Festival. Sessions are as follows: