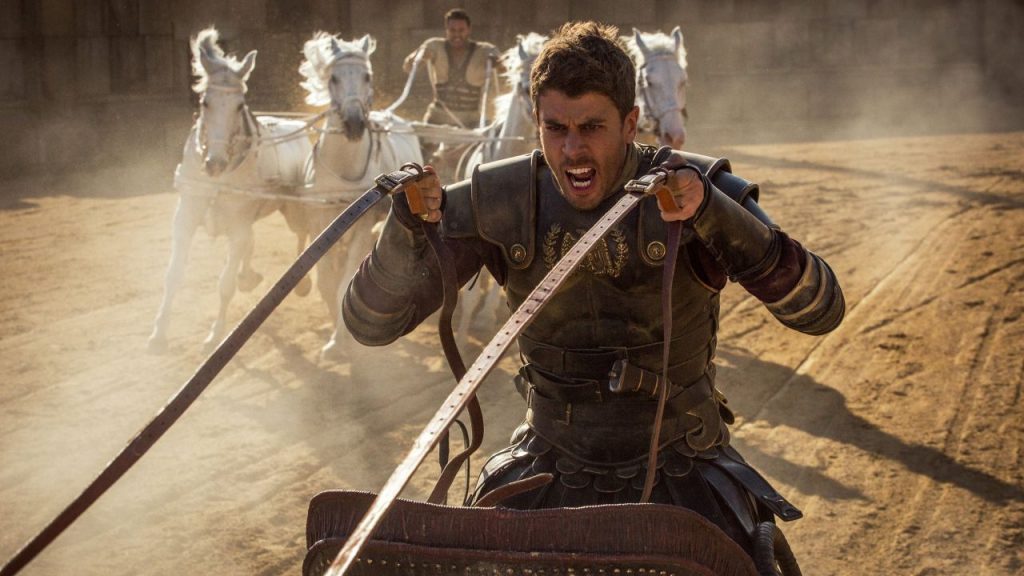 If there was one static noise that has permeated throughout film-focused social media during 2016, it was that of ‘why remake X film when the original is so good’. Usually the words are a little harsher than that, but you get the drift. Ghostbusters copped it for two years in a row, The Magnificent Seven managed to confuse people who were unaware that the ‘original’ was in fact a remake all in itself. Equally so confusing audiences is Timur Bekmambetov’s remake of the Oscar-sweeping Charlton Heston starring epic, Ben-Hur – which of course was itself a remake.

Well internet, put down your digital pitchforks because I’m here to tell you that this telling of the tale of Judah Ben-Hur is actually pretty darn good. Thanks to central performances from Jack Huston as the titular Ben-Hur, and Toby Kebbell as his ‘brother’ Messala Severus, this iteration of the classic tale is thoroughly entertaining, and thematically, very timely.

In an age where blockbusters are full of explosions and loud noises, Bekmambetov’s Ben-Hur is a more subdued affair. Sure, there are the occasional moments where the volume wants to remind you that yes, it can go to eleven. For the most part this is a study of two men who grew up together, yet are separated by religion. One preaches inclusivity and acceptance, the other due to who he is, is swept in to a life of intolerance and violence. Spanning decades, Ben-Hur shows their paths continually intertwining with one another – forever fated to meet.

Unfortunately, the core story is brought down at times by that hoary old trope – the over explaining Morgan Freeman narration. Once a pleasant element of a film, it has now become a tired part of any film that it appears in. To co-opt a term the internet loves to use – this is simply Freemansplaining the narrative that is so clear to the viewer. Fortunately, when Morgan Freeman does appear in his semi-rastafarian gear as Ilderim, he delivers a solid performance that helps elevate the already great performances from Huston and Kebbell.

Rounding out the cast are the female members of the Ben-Hur family – Nazanin Boniadi as Esther, Ayelet Zurer as Naomi Ben-Hur and Sofia Black-D’Elia as Tirzah Ben-Hur. All give impactful performances and are each given their moment to shine. However, Nazanin Boniadi’s performance as Esther truly stands out as being a powerful female character who is in charge of her own destiny, and tries to guide Judah to the right path for his destiny.

Of course, the one sequence that audiences are paying to see is the fabled chariot sequence of the original. The film is well aware that this is what audiences want, with a taste of the climactic sequence opening the film before we are transported to the beginning of the story. While the chariot sequence is represented superbly here with mostly solid CGI horses, an earlier sequence which sees Judah being enslaved as one of the many rowers for the giant battle ships, stands out as the notable set piece of the film.

Shot mostly from the hull of the ship, the audience is transported to an environment which fully displays how difficult and torturous it must have been to be a rower for these massive ships. Battles are viewed through the small holes where the oar sits. Daylight peers through the grating from above, as do the sounds of the ships captain dictating what moves are required to succeed in battle. The brutal violence of war ships colliding leaves an impact, as does the hot oil that is poured on to the rowers from above. It’s a visceral, powerful moment that stands out as being one of the more impressively shot action sequences of 2016.

Through all of this is the theme of acceptance and tolerance. Unlike that Freemansplaining narration, the themes are never rammed home to the point that you feel like shouting at the screen ‘ok, we get it!’ They are simply parts of the plot that help move the story along to its natural conclusion. Even if this is a story that has been told many times over, the core message is one that is worth repeating, especially in this day and age.

However, if there is one major criticism of the film, it is that it lacks enough energy or personality to really feel like it is making the story of Judah Ben-Hur its own. The theme of violence begetting violence is clear, but the film never truly believes in these blatantly obvious themes. It is happy to display them, but there is little conviction in what it’s displaying, making a film that often feels empty. The aforementioned chariot sequence is great, but unfortunately the film does at times feel as if it wants to rush to that sequence as a reminder to 1959 film. When Ben-Hur does inject something unique and interesting to the mix – the ship battle for example – it suddenly becomes filled with life that is lacking in other scenes.

So, after all this, did we really need another Ben-Hur film? Probably not. An inherent issue with remakes is that they are simply too afraid of pushing the boundaries of the original films plot or memorable moments, so much so that they often struggling to make a solid case for their existence. Buoyed by solid performances and some standout action sequences, Timur Bekmambetov’s film does stumble at times, but at the end is a good enough remake. Yes, the original still exists and nobody is forcing you to go see this film – or any remake for that matter -, but as a way of introducing (or even re-introducing) new viewers to that film or story, I am all for remaking films. Remakes of films are not killing cinema, originality is not dead, you are simply not looking hard enough for it. 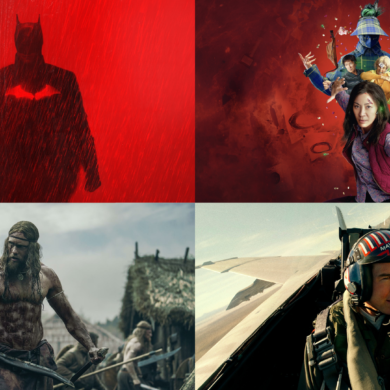